Is there a new affair on the horizon? Allegedly, Cerar provided his partner Mojca Stropnik with a deal worth €1.5 million at Telekom

According to unofficial but reliable information, the lawyer Mojca Stropnik, the current partner of prime minister Miro Cerar is set to be awarded with the deal of her life at Telekom Slovenije. Reliable sources have told us that proceedings are currently underway at Telekom for awarding a deal concerning judicial recovery with an annual value of almost €1.5 million. Operationally, this deal is being managed by member of the Management Board Aleš Aberšek, who is a known sympathiser of the Modern Centre Party (SMC) and at the same time a good friend of Aleksandar Kešeljević, a well-known adviser in the cabinet of current prime minister Miro Cerar. What is very conspicuous is that Telekom did not issue a public tender, which would allow people to tender for the deal as provided for by law. At Telekom they of course deny everything, as expected.

We have learned that Telekom Slovenije chose four tenderers and therefore excluded all other interested law firms. How the law firm where Mojca Stropnik is working as a lawyer even ended up on the invite is not known to anyone in law circles, but it has been speculated that her engagement was requested by Aleš Aberšek himself. Those lawyers we have talked to have said in surprise that the lawyer Mojca Stropnik has never in her life managed any significant proceedings of judicial recovery and that the firm does not have any significant references in the area of recovery.

If the above statements are true, it is very reasonable to ask whether the above-mentioned proceedings in which a state company is offering a deal to the partner of the prime minister is an example of gross political corruption. It needs to be stressed that until recently Mojca Stropnik had been employed by the cabinet of prime minister Miro Cerar. She left the cabinet when their relationship became public and got a job at the Brumen law firm in Maribor.

Let us recall: The Supervisory Board of Telekom Slovenije is now led by Lidija Glavina, president of the Management Board of Slovenian Sovereign Holding, whose appointment to this position was advocated particularly by the team of Aleksandar Kešeljević – Erik Kopač from the cabinet of the prime minister.

Nova24TV has sent a series of questions regarding the above to the e-mail address of the department for public relations at Telekom. We have asked whether they can confirm the information that the deal is in fact being managed by a member of the Management Board, in this case Aleš Aberšek. We wanted to know why Telekom had made it virtually impossible for another law firm to tender for the deal and we also wanted an explanation of the references of Cerar’s partner Mojca Stropnik which had helped her law firm end up among the four selected tenderers. 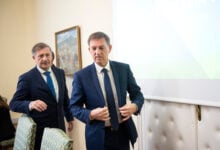 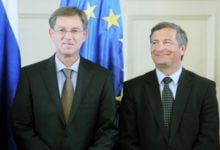 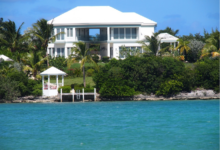 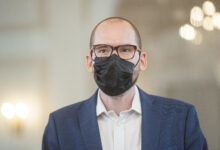