From one Friday to the next, we have been watching the anti-government protesters gather in the streets, but after the initial, big enthusiasm of the protesters, there are currently only a couple of hundred of them left. As the protesters have realised that they are losing power, they decided on a different strategy. They are looking for new people to join them, with the help of leaflets and posters posted everywhere, despite the fact that public gatherings are not even allowed due to the pandemic.

The media construct of the Friday’s protests began on May 8th, after certain measures adopted during the first wave of the coronavirus epidemic were lifted, despite public gatherings still not being allowed. Nonetheless, the protesters have been gathering ever since, and authorities have remained kind to them and have not persecuted them. The police only intervened in exceptional cases of severe provocations, and in the past couple of months, even the extremist Antifa has joined the protests.

According to the police, te first anti-government protest was attended by about 5,500 cyclists, and a week later, 4,000 protesters took part in the protests, along with the Antifa. From one week to the next, the number of protesters began to decline. On August 21st, around 1,500 protesters were present, and the idea that the streets would be able to take away the government’s power slowly began to fade.

The number of protesters began to decline, and their ideas were becoming more and more radical and violent from week to week. Among the protesters, there was no shortage of threats to those who support the government and those who think differently, as the protesters paraded around wearing banners that read “Death to Janšaism,” showed their intimate organs at the protests, stoned a puppet that represented the Prime Minister, and even symbolically removed the Minister of the Interior, Aleš Hojs. However, the number of protesters fell to 700 protesters at the latest protest on October 9th, despite the supporters having the support of the mainstream media and the reporting on their every move.

Friday’s protesters are losing support among the public, too – people perceive them as a disturbance without content
If we take a look at the support for the cycling protests over time, we can see that the public opposition to protests where death threats are common, among other things, is constantly rising. According to the Parsifal agency, on June 18th, 52.9 percent of the respondents were against the protests, and on July 2nd, 53.9 percent were against them. According to the political analyst Matevž Tomšič, Ph. D., the anti-government protests are largely a media construct, and he emphasized that he believes that without the intense media promotion, these protests would have died out long ago.

“A lot of things have been happening lately. The protests apparently did not convey the messages that the people could relate to. For many people, this is more like a disturbance or like doing something that has no content. It is just a matter of maintaining some political positions, maintaining the left-wing monopolies. The matter is quite clear to a lot of people,” Tomšič is convinced.

As the charge of the protesters began to subside, as already mentioned, they decided to try and get the people to come with the help of posters, which they placed all around the streets of Ljubljana. On the poster, they wrote: “Hey government, we are coming! We are going to carry you out!” With this, they are calling on everyone to come together and join them in the protests. 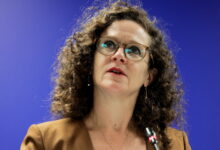 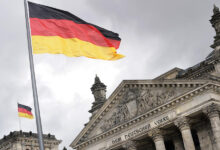 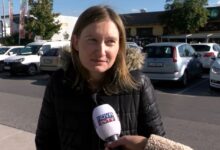 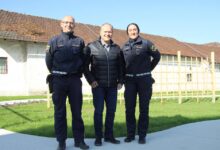