Are the Slovenian leftists exporting their primitivism to Austria and destroying the efforts to bring the two countries closer?

The inscription “Death to Fascism” and the communist symbols of the hammer and sickle were spray-painted on the monument, which was built in memory of the Carinthian plebiscite of 1920, which was held in Klagenfurt. This kind of symbolism is popular among the representatives of the Slovenian left, especially at the Friday’s protests. Slovenian Prime Minister Janez Janša, Austrian President Alexander Van der Bellen, and the Carinthian Governor Peter Kaiser have all condemned the defacing of the monument.

On Sunday, in Klagenfurt, on the centenary of the Carinthian plebiscite, due to which about 10,000 Slovenians were cut off from their native land, a central ceremony took place, which was filled with the spirit of new coexistence and reconciliation between the majority and the minority.

Austrian President Alexander Van der Bellen also apologized to the Carinthia Slovenians in Slovenian, for the injustices and delays in enabling them to exercise their constitutional rights, and the Slovenian government announced that the Austrian government had doubled the funds for the Slovenian minority in Austrian Carinthia. This is the first increase in funding for the ethnic communities since 1995.

All of this is the result of the hard work of Slovenian diplomacy – Prime Minister Janez Janša, who was especially engaged in bringing the two countries closer, as he met with the Austrian Chancellor Sebastian Kurz; the President of the Republic Borut Pahor, and the Slovenian Minister of Foreign Affairs, Anže Logar.

Only a few short hours after the historic reconciliation event, strangers defaced the monument by spray painting totalitarian symbols on it – the symbols which the Slovenian radical left likes to show off and can also be seen at the Friday’s protests. On the very first night of the monument standing, the extremists destroyed the efforts to bring the countries of Austria and Slovenia closer together, to the detriment of the Slovenian community in the Austrian Carinthia. The Austrian President condemned the act, publishing the following on Twitter: “Today’s act of vandalism in Klagenfurt is worthy of harsh condemnation. Carinthia has taken the path of reconciliation in recent years. The Carinthians have achieved a lot together. We should continue on this common path, without hindrance.”

The Slovenian Prime Minister also commented on the situation, writing: “A primitive left-wing masochistic disgrace that only harms the Carinthian compatriots and Slovenia’s reputation in the world. Indirectly, the Slovenian prosecutor’s office is also allowing for such actions to happen, as they support the ideologically coloured death threats in practice.” 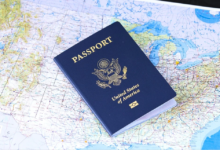 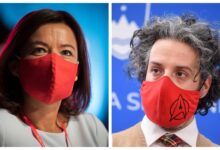 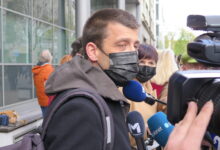 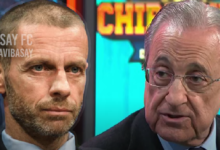