At the Bled Strategic Forum, foundations were laid for the growth and prosperity of the Central European Train – the next train for the growth of the entire European Union!

Photo: Government of the Republic of Slovenia

The 15th Bled Strategic Forum started on Monday. The programme began with a business breakfast of the American Chamber of Commerce in Slovenia. Those who participated in the debate agreed that the world’s emergence from the coronavirus crisis would be made easiest if the economy, civil society, and science all worked together. A Foreign Ministers Session was also held at the forum, at which all of the speakers agreed that the key thing in the following months will be the recovery of the economies that have been severely affected by the COVID-19 pandemic. Some called for easier procedures and rules for the European Union in the field of the economy, while others called for greater cohesion in the Union.

At the Leaders’ Panel debate, the leaders spoke about the fight against the coronavirus and about Europe after the corona crisis. Our Prime Minister sees the future of Europe in the new rising power of the Central European countries. “This will be a time when Europe will seek a new balance. A new balance of power. We all know that we are in desperate need of this balance. I personally see the Central European countries as key players in this game,” Janša said. Hungarian Prime Minister Orban is convinced that Europe will have to define its geostrategic position, as China and the United States are currently the leaders in this game.

The Managing Director of the International Monetary Fund, Kristalina Georgieva, also attended the forum. She said that she does not remember such a strong and rapid reaction of countries to a crisis. She also said that we can be proud of those statesmen who reacted quickly. “I want people to be proud because this was an amazing response. Without a response like this, we would have recorded a huge number of bankruptcies, which would result in an almost structural unemployment today.”

At the beginning of the crisis, there was no solidarity
Today, everyone is talking about how the European solidarity saved our continent from the corona crisis, but some leaders were very clear: at the beginning of the crisis, there was no solidarity. Each country reacted in its own way, and Europe just watched quietly. According to the Bulgarian Prime Minister, we talked about the green corridors for the long-distance freight transport in March. “We talked about who would close the borders first. Each country had to save itself.” Orban added that the Brussels bureaucracy is often problematic, as it works too slowly. European leaders are finding the solutions quicker than all the bureaucratic clutter in Brussels. “If you want to find the culprit for not finding the right answer to the crisis, it is not hiding in the capitals of the Member States, but in Brussels,” Orban pointed out.

Unfortunately, due to the facilitator’s provocative questions, the debate began to turn in the direction of respect of law and European values, despite the fact that the forum was dedicated to the debate on COVID-19. Prime Minister Orban clearly stated that Central and Eastern European countries are not giving up on the European values; they simply wish to be able to assert their political philosophy in a liberalized world where everyone is supposed to think the same, politically correct. “We do not want to recognize just one political concept, which must be universally respected. Because we do not have the liberal view of the world, but a Christian-Democratic one. And this is not about daily politics; it is more about political philosophy.”

Other leaders agreed with Orban, as they highlighted the hypocrisy of the Western and left-wing politicians. Regarding freedom of speech and the media, the Polish Prime Minister Morawiecki claimed that the opposition owns as much as 80 percent of the media in Poland. “I do not know if the media could be any freer in our country. And then there is the freedom to gather and protest. I see what is happening in Western Europe, where the police are brutally beating the protesters and then calling it democracy, and all is well. But when there are peaceful protests in Prague, Warsaw and Budapest, everything is wrong. So please be more objective and fairer and state the facts.” The debate was then interrupted by the Czech Prime Minister Babiš, who told the debate facilitator to ask about topics relevant to the forum. “I came here because my colleagues told me that we would be talking about Europe after COVID and Brexit. I did not come here to discuss the Visegrad Group and the rule of law.  I don’t know who you are, but I know your questions are based on fake news from the Guardian and Spiegel. And those are newspapers, directed against the Visegrad group.”

In the end, the leaders were finally given a chance to talk about what needs to be done in Europe in the coming months. The Prime Minister of Poland believes that Western Europe must accept the role of the Central European countries. “Let the Central European train and engine grow and flourish, as this could be the next train for the growth of the entire European Union. We are doing well, as you were able to hear. Let us do our job.” Orban summed up his belief about what Europe must do next, if it is to remain strong, in three points. “Firstly, we need to establish a joint defence force. Secondly, we need to enlarge the European Union and complete the security structure by admitting Serbia to the European Union. Thirdly, we need to establish a competitive economic environment in Central European countries. These are the three strategic points for the future of Europe,” he emphasized.

In the afternoon part of the strategic forum, Prime Minister Janša also met with foreign statesmen at bilateral meetings. The responses show that Slovenia is returning to the heart of European diplomacy, after years of diplomatic isolation. This is a victory for the Slovenian government and the Minister of Foreign Affairs Anže Logar, as we are once again placed at the centre of the coalition for a better future of the whole of Europe.

There is more that unites us, that what separates us
The President of the Republic of Slovenia, Borut Pahor, also spoke at the Bled Strategic Forum, calling for the strengthening of the unity of the European Union, especially after the COVID-19 pandemic. However, in his opinion, no changes in the basic orientation of the Slovenian foreign policy are required for this to happen. He highlighted six priority areas that Slovenia should strengthen in these difficult times: “Firstly, multiculturalism. Secondly, active participation in the European Union and NATO. Thirdly, the deepening of the transatlantic partnership. Fourthly, nurturing good neighbourly relations. Fifthly, the peaceful settlement of all disputes. And last but not least, sixthly, a general commitment to world peace and security.”

Pahor wants Slovenia to remain among the countries that are the bearers of the European unification and the bearers of European values, and he also wants Slovenia to be heard. “Slovenia wants to be at the heart of a more connected, developed, and enlarged European Union. What I am saying is that the basic guidelines of Slovenian, European, and foreign policy, must remain important, even in the post-epidemic period.” Pahor then spoke about the divisions that have emerged in the last decade. Europe seems to be divided into western and eastern parts, northern and southern. We are searching for differences between nations and cultures, instead of looking for common ground that defines us all as Europeans.

“Despite our differences, I believe that there is more that unites us than what separates us,” Pahor is convinced. He believes that it is necessary to resist the direction that leads to mutual conflicts because we are stronger together. Europe needs to experience a new era of consolidation, a new era of unification. “It seems that the desire to find differences between us is greater than the will to move past those differences. We must resist this flow.” He also presented Slovenia’s vision of the European Union. For us, Pahor said, Europe is a family of nations. With this, Pahor joined the view that each country has its own culture, language, and its own sovereignty. And the common denominators unite us in the European Union. 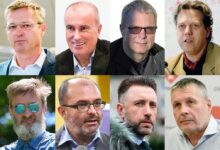 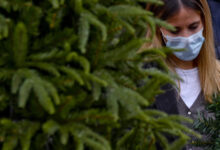 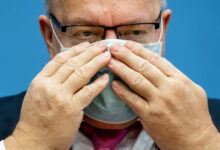 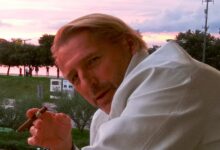