Columbia University: Government measures to help the economy rank us among the top three countries in the world!

Columbia University in New York has prepared an analysis of countries’ measures to help the economy after coronavirus. The United States spent the most money on economic recovery. If we compare the total amount of aid according to the size of the economy, Japan is the leader, followed by Luxembourg, and Slovenia came in at an enviable third place!

The latest comparative report on how many countries in the world have invested in rescuing their economies and thus tried to stop the economic collapse caused by the pandemic was prepared by the research group from Columbia University in New York. An analysis of the aid packages of 166 countries adopted before May 24th shows that the U.S. has spent the most on rescuing its economy, at 2.7 trillion dollars, or about thirteen percent of its gross domestic product. The comparative report found that in terms of the size of the economy, Slovenia ranked third in the world. If we look at the results in the region, Slovenia is the leader, followed by Croatia, followed by Montenegro and Northern Macedonia, Biznis&Finansije reports.

If we compare the results comparing the amount of funds and the size of economies, the list is completely different, as Slovenia is way ahead of the United States. In first place is Japan, with 27.1 percent of their GDP, and the United States is in tenth place. In second place was Luxembourg, with 20.7 percent of GDP. Among the countries that invested more in the economy than the United States were Slovenia with 19.7 percent, Belgium with 18.3 percent, Austria with 15.6 percent, Finland with 14.1 percent, and Iran with 14 percent of gross domestic product. Sweden and the Netherlands allocated the same amount, share-wise, 13.5 percent. In addition to the United States, Qatar and Singapore also allocated 13 percent of their gross domestic product for the aid. Only 7.3 (Spain) and 5.7 percent (Italy) of GDP was allocated to the economy in the most affected countries in Europe due to the coronavirus.

Slovenia, the leader in the region
As we have already mentioned, Slovenia has allocated the most money out of all the countries in the region, thus becoming a convincing leader. Croatia is in second place, with 9.3 percent, and in third place is Serbia with 6.5 percent of assets, relative to gross domestic product. The leading countries in the region are followed by Bosnia and Herzegovina, with 3.6 percent, Albania with 2.8 percent, and Kosovo, which is considered an independent country in the analysis, with 2.5 percent. In the last place were Montenegro with 1.7 percent and Northern Macedonia with 1.2 percent of gross domestic product, which is 16 times less than in Slovenia.

The measures adopted by the Slovenian government, with the help of the return funds from the European Union, have placed Slovenia alongside some more developed countries, which should be visible in the economic recovery. Among the measures taken by Slovenia for the recovery of the economy are the measures to preserve jobs, improve the social situation of the citizens, provide additional assistance to the self-employed, improve corporate liquidity and support scientific research, reduce meeting fees, help the agriculture and the public procurements which were supposed to happen during the time of the epidemic. After the end of the epidemic, new measures came into force, such as the tourist vouchers, subsidies for full-time work, limited funding for the workers waiting for work in the tourism industry, and corporate financing. 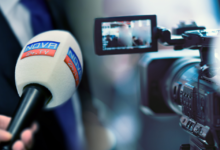 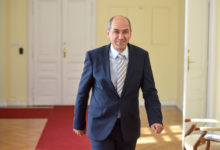 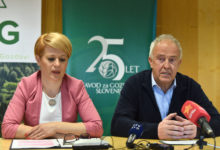 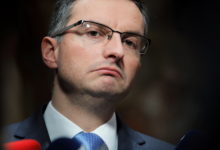 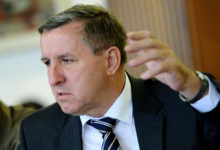