Dear Council of Europe, no worries, democracy in Slovenia is in good shape under the center-right government

Your human rights commissioner Dunja Mijatovic expressed concern days ago that some governments are using the COVID-19 virus pandemic as an excuse to impose restrictions on press freedom (HERE). She also mentioned Slovenia saying that the journalist, who asked the government for information on measures to combat the coronavirus, was attacked by the campaign of the media close to the party leading the coalition.

In the wake of this viral crisis, and since the center-right government was named in Slovenia on March 13, such allegations occur almost daily. The Slovenian Association of Journalists (DNS), individual journalists and editors, non-governmental organizations and individuals from left-wing political parties write to all possible and impossible titles across Europe. They scare international institutions and their responsible representatives that the center-right government of Slovenia not only leads to a dictatorship, but even that a dictatorship is already in place. Which, of course, is exaggeration, but such accusations come from one and the same progressive nest, where everything that just smells of conservative ideology is labeled hostile. Without the protagonists of this (completely legitimate) ideology doing anything at all, it is wrong for leftists that the right even exists, lives, breathes. And that, for God’s sake, among journalists there are also journalists with conservative worldview.

Dear Council of Europe (and dear Dunja Mijatovic), no worries, democracy is in good shape in Slovenia under the center-right government. None of the coalition partners (SDS, SMC, DeSus and NSi) even consider introducing a dictatorship.

In Slovenia, journalists are safe; even the journalist who was mentioned above. Everyone can express their opinions and views, expand their worldview, and no one restricts anyone. The government has not taken any measure to restrict the freedom of the press at all. However, if the restriction of freedom of the press and the establishment of a dictatorship are that government press conferences are held remotely because of the coronavirus, and that government representatives respond in writing during the crisis of COVID-19, which spreads through people-to-people contacts, then dictatorships are already in place in most European countries. And if the introduction of dictatorship is that the government is responding to the writing and reporting of the media, then this moment we can stop talking about curbing the spread of the virus.

It is also true that some journalists and editors, as well as the Slovenian Association of Journalists, will have to get used to the fact that their reporting or writing from time to time triggers a response – or from the general public or even from the government. They will need to learn that those who they criticize can criticize back. And so they defend themselves.

I will no longer waste God’s time and your time, I will write down just one more thing. The current center-right government has not called on state-owned companies not to advertise in the media spreading intolerance, as Marjan Sarec’s left-wing government did in 2018. It should be added here that for left-wingers, the spreading of intolerance and hatred is everything they disagree with. None of the current center-right coalition partners are considering introducing an online police force, as was suggested by the Social Democrats in Marjan Sarec’s previous center-left government. The online police, however, would persecute those who are different-minded.

I have already explained everything else in the letters to IPI (HERE), Harlem Désir of the OSCE (HERE), Ricardo Gutiérrez of the EFJ (HERE) and ECRI (HERE). Read them so that you will also be informed about the state of journalism in Slovenia from the other side, and that your writing and repetition of what is sent to you by the Slovenian media mainstream will not be a monologue and activist pamphlet. And that you will not start to believe that a dictatorship is being established in Slovenia and that journalists are being persecuted. My goodness, you do have that much common sense, right? Or not? 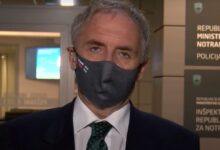 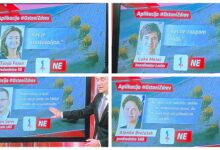 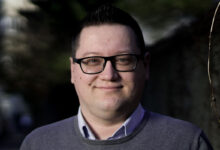 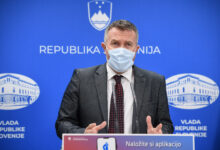 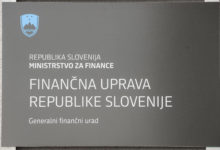