Disgraceful: Židan’s ministry has shown that the colours of the Slovenian flag are all Greek to them

The Ministry of Agriculture, Forestry and Food does not engender much trust among Slovenians. One of the reasons for this is also that together with minister Dejan Židan it was unable to protect the Slovenian Teran wine. The EU granted Croatia an exemption concerning the use of the name “Teran”, and MEP Patricija Šulin pointed out that it is Slovenian minister for agriculture Židan who is to blame since he behaved very irresponsibly and arrogantly during the proceedings. This failure is far from surprising – the ministry apparently does not even know what the Slovenian flag looks like, so how could they defend Slovenian interests?

When the Administration of the Republic of Slovenia for Food Safety, Veterinary Sector and Plant Protection published a warning concerning the spread of African swine fever, which is threatening millions of domesticated and wild pigs both in EU Member States and neighbouring countries, it also included an image of a flag whose order of colours did not correspond to the Slovenian but the Serbian flag.

Same mistake was made placing a wreath
Unfortunately, this was not an isolated case since only two months ago, on Slovenian Statehood Day, a similar unacceptable mistake had been committed by the Ministry of the Interior (and the police), which is headed by minister Vesna Györkös Žnidar. The wreath that they had placed on a monument honouring the soldiers fallen in the Slovenian Independence War had been adorned with a ribbon in the colours of the Serbian flag, and there had also been a spelling mistake that the Ministry should never have allowed to happen. “Ministrstvo” (ministry) had been written with an E, so that they had ended up with a ridiculous “ministErstvo”. At the time, they had blamed the florist, but the fact is that they should have noticed the mistake, at the very least when placing the wreath, and ensured that it was remedied. But of course, this can happen if the ministry does not know the order of the colours on the Slovenian flag and does not know how the Slovenian word for ministry is spelt. 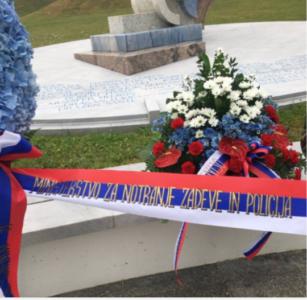 SMC have their own interpretation of what a minority is
Some time ago, Jasna Murgel, the deputy of the largest coalition party SMC, proposed that all minorities living in Slovenia should get their own minority deputy. In her opinion, Serbs, Croats, and others living in Slovenia should each have a deputy who would defend their minority. But it is obvious that the deputy does not understand the basic definition of a minority. It is a group of people with a particular ethnicity who ended up in another country due to geopolitical shifts and decided to stay. Serbs, Croats, Bosnians, Albanians, and all others who have moved to Slovenia for economic reasons or fled as refugees due to Yugoslav tensions cannot have the status of a traditional parliamentary minority. However, there is no law that would prevent them from establishing a political movement and use it to fight for the status of their “minority”.

Ignorance regarding state symbols such as the flag is simply a disgrace for both ministries. Something like that could never happen in the USA or in Croatia since symbols representing the country – i.e. the flag, coat of arms, and anthem – are sacred there and not to be mocked.

This begs the question of where Slovenia is headed. The fact is that it would not hurt if the staff at the ministry, including ministers Židan and Györkös Žnidar, were to sit down in an elementary school classroom and attend a lesson in Civic Education and Ethics, which could teach them about all state symbols so that such mistakes would not happen again. 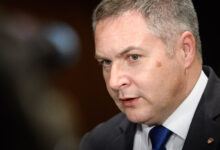 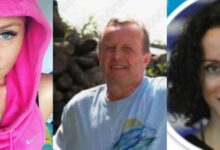 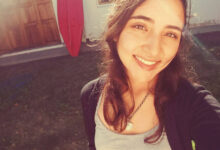 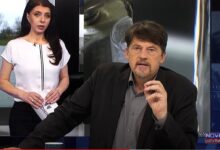 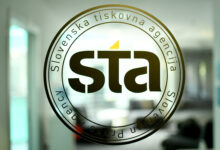 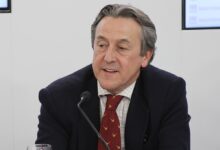