Do not let anyone tell you that protesting against the Janša government does not pay off: the controversial Friday protester and Yugophile Renato Volker received a “prestigious” award for his performances! 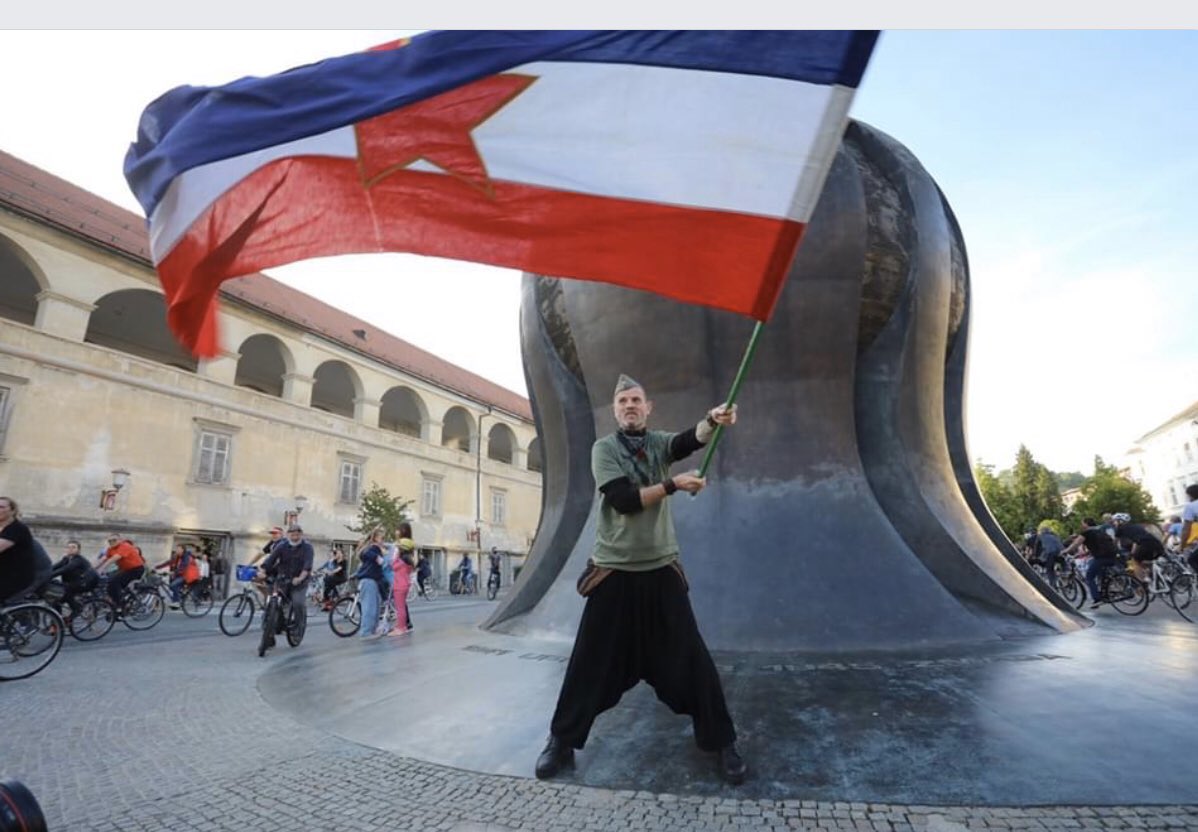 The online Gala ZIZ Awards ceremony took place on Saturday, at which the controversial artist Renato Volker also received an award. The reason for him being awarded was supposedly his “important contribution to the creation of the alternative performance scene in Maribor.” The organizers of the festival also noted that “Maribor’s alternative performance scene is still going strong this year.” The entire thing seems pretty pathetic if we just take a moment to think about who Volker really is. He is someone who says that he is a “homosexual that is completely addicted to sex,” and he also proudly waved bot the Yugoslav flag, as well as a “modified” version of the SDS party’s flag at Friday’s protests in Maribor. But because he is on the “right” side and is protesting against the “wrong people,” they also found a bizarre award for him.

This year’s Gala ZIZ Awards ceremony marked the end of the second festival of the alternative theatre production in Maribor. The event was adapted to the current situation in the country, so it was possible to watch it online or listen to what was happening on the radio. “All of us at the collective are pleased to note that in all these years, we have managed to bring the event to the point where the ZIZ Gala can be described as a cultural event with added value, even in these unfavourable conditions for the performing arts,” said the artistic director of the ZIZ Collective and festival producer, Barbara Polajnar. On this occasion, she also told the press that in the field of socially engaged theatre, the collective opens up topics that are topical and important here and now. According to her, the Maribor alternative theatre scene is further developing from one year to the next, and it is becoming more and more diverse, so they want it to continue developing in its own way, together with the ZIZ Collective, STA reports.

Miha Bezeljak, this year’s honourable speaker at the event, emphasized the importance of the artistic creation not ending, despite the fact that culture is currently facing many limitations. He also added that high-quality and diverse creation is the answer to the vulgar question of why culture is even needed. Due to the current situation, only the ZIZ ring was awarded during the ceremony. It is an award for a key contribution to the alternative performance scene in the second largest Slovenian city.

And it was precisely the controversial artist and the well-known Friday protester from Maribor, Renato Volker, who was its recipient this year. In his speech, he said: “Who else could you even give it to? But modesty aside. Over the past year, I have been an inspiration to myself and to others. It’s hard to count the performances, campaigns, and public appearances I have done, both in the media and in person. I find it even harder to count the fines that were therefore given to me by the police. The underground has finally become mainstream. This ring means everything to me, except for what it does not. This is an incentive for further work and for trying to get the second ring next year, as I still have both hands.” The ZIZ Collective was established in 2013, and since it was established, it has been operating within the frame of the Pekarna Magdalenske mreže Maribor.

“If I was not able to screw anyone that evening, I was not able to go to sleep. That was a period of my life when I was completely addicted to sex,” the controversial Yugophile Volker said some time ago, who we regularly saw at the protests in Maribor, waving the Yugoslav flag. He describes himself as a sex-obsessed homosexual and proudly admits that he is infected with HIV and that he is taking AIDS medication. At Friday’s protests in Maribor, he attracted the public’s attention not only by waving the Yugoslav flag but also by waving the profane modification of the flag of the SDS party. His “party” flag had a minor “beauty touch-up.” Instead of SDS, it said $ D $. As we are aware, this is a criminal offence because he misused the party’s logo without its prior consent. 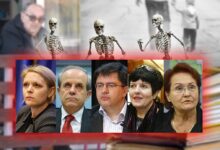 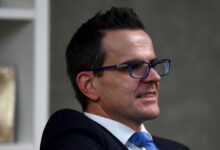