Facebook blocked the newspaper Družina’s page: Are these the actions of the moral police “Spletno oko” of the Faculty of Social Sciences?

“On Tuesday, the 27th of October in the morning, the cover photo and all of the content with a link to our webpage www.druzina.si disappeared from out Facebook profile,” the employees of the weekly Družina (family) wrote on their website in horror,  when their profile on the social media page Facebook was suddenly blocked. Many prominent Slovenian personalities responded to this with criticism, believing that this was not a coincidence, but rather, that the “tentacles” of the Faculty of Social Sciences had something to do with it. Namely, many believe that the moral experts under the name “Spletno oko” (Web Eye) were involved in the incident. They seem to intensely be fighting against anyone and everyone who does not fit their cultural-Marxist stencil.

“Can the Faculty of Social Sciences explain this?” Prime Minister Janez Janša wrote on Twitter, in response to Facebook’s sudden blocking of the website www.druzina.si, which is known for its defence of the right to life and the traditional family. It seems that Facebook has blocked the entire domain “druzina.si,” so that no content sharing was allowed, and they have even received a warning about their posts being blocked, which would mean that the page is only accessible to the administrators. “Is the weekly Družina a victim of the Faculty of Social Sciences’ moral censors of Facebook for Slovenia?” the well-known fighter for children’s rights, Aleš Primc, wondered.

Boštjan Debevec from Družina hopes, of course, that this is only a technical error and not a matter of blocking their content in support of life and fundamental human rights. At the same time, he expressed his wish for everyone to share the news or ask Facebook directly what is going on. Tomaž Štih, using the nickname Libertarec, who is also a renowned computer scientist, also noticed that this was most likely an act of censorship, and he also posted his shocking discovery on Twitter: “Censorship is happening on several levels. I have just tried to post the news on my Facebook profile – three times. Facebook blocked all three of my attempts, as the post contained the word druzina.si.”

“When I changed it to druzina dot si – Facebook allowed me to post it.” A renowned social commentator Žiga Turk also spoke up, writing: “Non-freedom of speech, according to the tastes of the Levica party (the Left) and the left?” And even Uroš Urbanija, director of the Government Communication Office, commented on the situation, writing the following: “It is horrible how some people who are paid from public funds, want to disable everyone who does not agree with them, in a public debate.”

At the same time, they declare themselves to be the great fighters against the so-called “hate speech,” but in reality, as it turns out, they only fight against anything that does not fit into their moulded cultural-Marxist view of this world. According to our internal information, similar problems already occurred on another web portal, but only when the “blasphemous” phrases of “Identitarian movement” or “Identity generation” were mentioned. This clearly shows where the real problem lies.

The Web Eye remains secretive about its activities
Last year, on the 18th of June, a conference on the so-called hate speech, entitled “Hate Speech – Local Responses to the Global Danger” was held at the Faculty of Social Sciences. The head of the Centre for Social Informatics, Andrej Motl from Web Eye, also gave a lecture as part of the event. He presented the results of monitoring hate speech on social networks. At Nova24TV, we wanted to find out whether their work was a biased and selective disabling of content, based on ideological criteria, but the protagonists of the “web police” did not provide any concrete answers to our questions.

But this is merely the responsiveness of social network: if we take the official statistics published on the Web Eye website for comparison, we begin to question the truthfulness of the allegations of prosecution under Article 297 of the Criminal Code. Namely, statistics covering the period 2007-2017, which are available on the Web Eye website show, that the organization has received 16,685 reports of “hate speech” in ten years. But out of these, only 541 were forwarded to the police. And of these 541 reports, only 470 were dealt with by the police in connection with the violation of Article 297.

At the Faculty of Social Sciences, they are focusing more and more on online giants, not on the criminal charges
As is evident, it is becoming increasingly clear why the Web Eye, which operates within the Faculty of Social Sciences, is increasingly focusing on online giants instead of the criminal charges. Namely, if the recorded percentage of removals of reported cases of hate speech on social networks is between 75 and 100, this share is far lower when it comes to prosecution by an official authority. The 470 cases that were prosecuted by the authorities represent only 2.8 percent of all reports. Motl’s claim that reports of hate speech online are made in accordance with Article 297 of the Criminal Code is also interesting. The question is, how come they did not even detect these violations in more than 15 thousand reported cases?

The social network Facebook, which is aided by the taxpayer-funded Faculty of Social Sciences and the Peace Institute, among others, in its prosecution of hate speech, is going further and further in its operating. Last year, they deleted a post in which Nova24TV shared an article on its Facebook page, in which we revealed the ethnic background of the perpetrators of the crime wave in the Kočevje region, which was a topic that the mainstream media avoided. As a consequence, the private profile of the administrator of our site was disabled. Namely, the article spoke about the gypsy gangs and migrants, with whom the municipality has more and more security problems, and the article was described as “hostile content.” It seems that no one in this country respects the constitutionally guaranteed principles of freedom of speech and press anymore; we have even come so far that the truth can no longer be written. 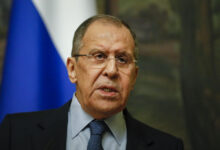 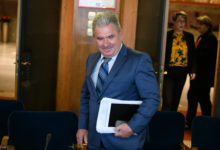 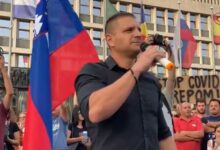 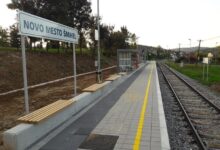