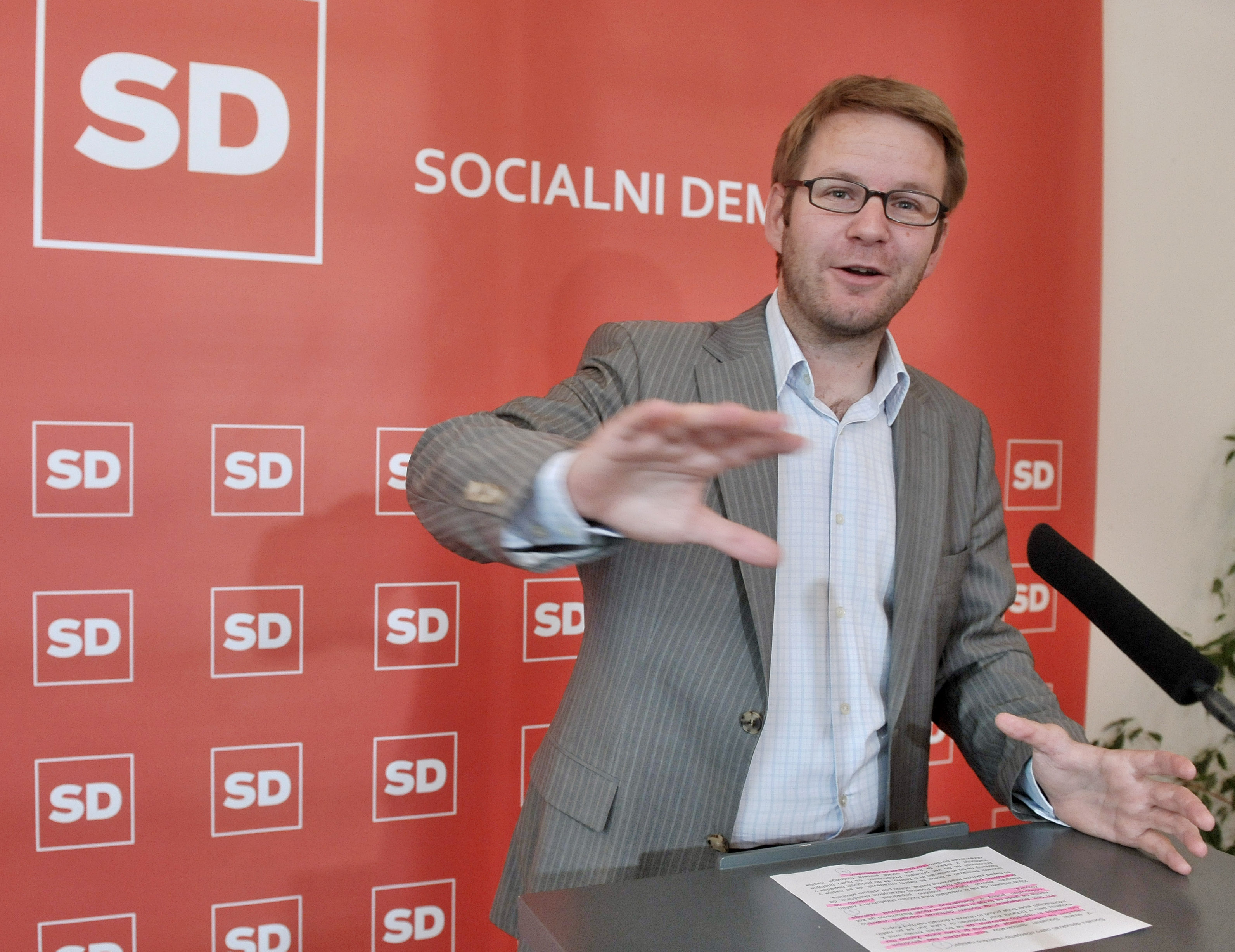 At Tuesday’s session, the National Assembly appointed seven new members of the Programme Council of RTV Slovenija with 51 votes for and 36 against, and apparently, the SD party got quite scared. One of the people to respond was the former Secretary-General of the SD party, Uroš Jauševec, who posted the following on Twitter: “Don’t forget the list when the political purges at RTV begin.” He obviously misses the time when he, as Secretary-General of the SD party, and the personnel manager of Borut Pahor’s Government, always carried a USB stick with him, that contained a list of 600 names which were suitable for occupying important positions in the country, according to the party’s criteria. Jauševec, who has still not graduated, is otherwise well-known in public for his alcoholic excesses.

At Tuesday’s session, the National Assembly appointed seven new members of the Programme Council of RTV Slovenija with 51 votes for and 36 against. The new

members are: Alojzij Bogataj, Nastia Flegar, Alenka Gotar, Rok Hodej, Slavko Kmetič, Janez Štuhec and Andrej Prebil. The mandate of the current eight councilors from the civil society will expire on May 16th. According to the Slovenian Press Agency, members of the opposition’s LMŠ, SD and Levica, criticized the selection, claiming that each of the coalition parties got to select some of the members, even though the members should be representatives of all listeners and viewers. They warned that RTV Slovenija is a public institution, not a governmental or party institution.

As Secretary-General of the SD party and personnel manager of Pahor’s government, he always carried a USB stick with a list of 600 names Jauševec apparently forgot that, as a former chief operative of the SD, he always carried a USB stick that contained a list of 600 people who were friends of the party and had certain qualities which were highly valued by the party, who were therefore deemed worthy of occupying important positions in the country. In addition to this, he also boasted that he had as many as 1,000 names saved in his phone, which he could call at any time. It is not surprising that, according to the newspaper Finance, he was often referred to as the personnel manager of Borut Pahor’s government. When this fact became public, Pahor was so embarrassed that he ordered Jauševec to destroy the USB stick with the party’s personnel picks, the reason for this decision being to reassure the public, of course.

Jauševec, who has still not graduated, is known for his alcoholic excesses In 2008, Finance wrote about some other interesting facts about Jauševec. He joined the League of Communists in 1990, at the age of 14, and several people in the party had repeatedly talked to him about his alcoholic excesses. “I was only drunk three times this year, which does not seem like a lot to me, considering the pressure I am under in the business world,” Jauševec commented on the matter in an interview with Finance at the time. According to Finance, Jauševec studied political science but had not graduated yet by 2008, and even today, we could not find his degree on Cobiss.