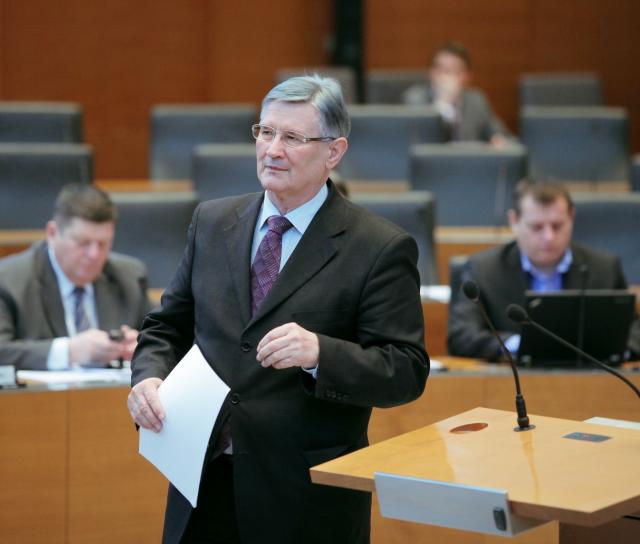 Jerko Čehovin, former deputy of Positive Slovenia and president of the Association for the Values of the National Liberation Movement of Slovenia in Postojna, has lost his private suit against Janez Janša, which involved Janša’s statement in the National Assembly of Slovenia that Čehovin had been, according to the archives, “not only a collaborator but an employee of UDBA, a member of an organisation that was judged to be criminal by the supreme court of Slovenia.

The local court in Ljubljana, through judge Daša Sikošek, has dismissed several lawsuits in which applicant Jerko Čehovin demanded that Janez Janša retract his statements and apologise as well as pay €9,500 along with costs; instead, Čehovin has been ordered to pay the costs of the proceedings amounting to €1,228.90.

The fact that the former deputy of Janković’s party was an UDBA member has been mentioned by the press on several occasions, and the fact that he was their registered collaborator is evident from the Central Alphabetical Record of the Republican Secretariat of the Interior from 1987; all of the material is also part of the Archives of the Republic of Slovenia. Moreover, the court heard numerous witnesses who confirmed that Čehovin had been designated by the code number 55000 in the UDBA register. 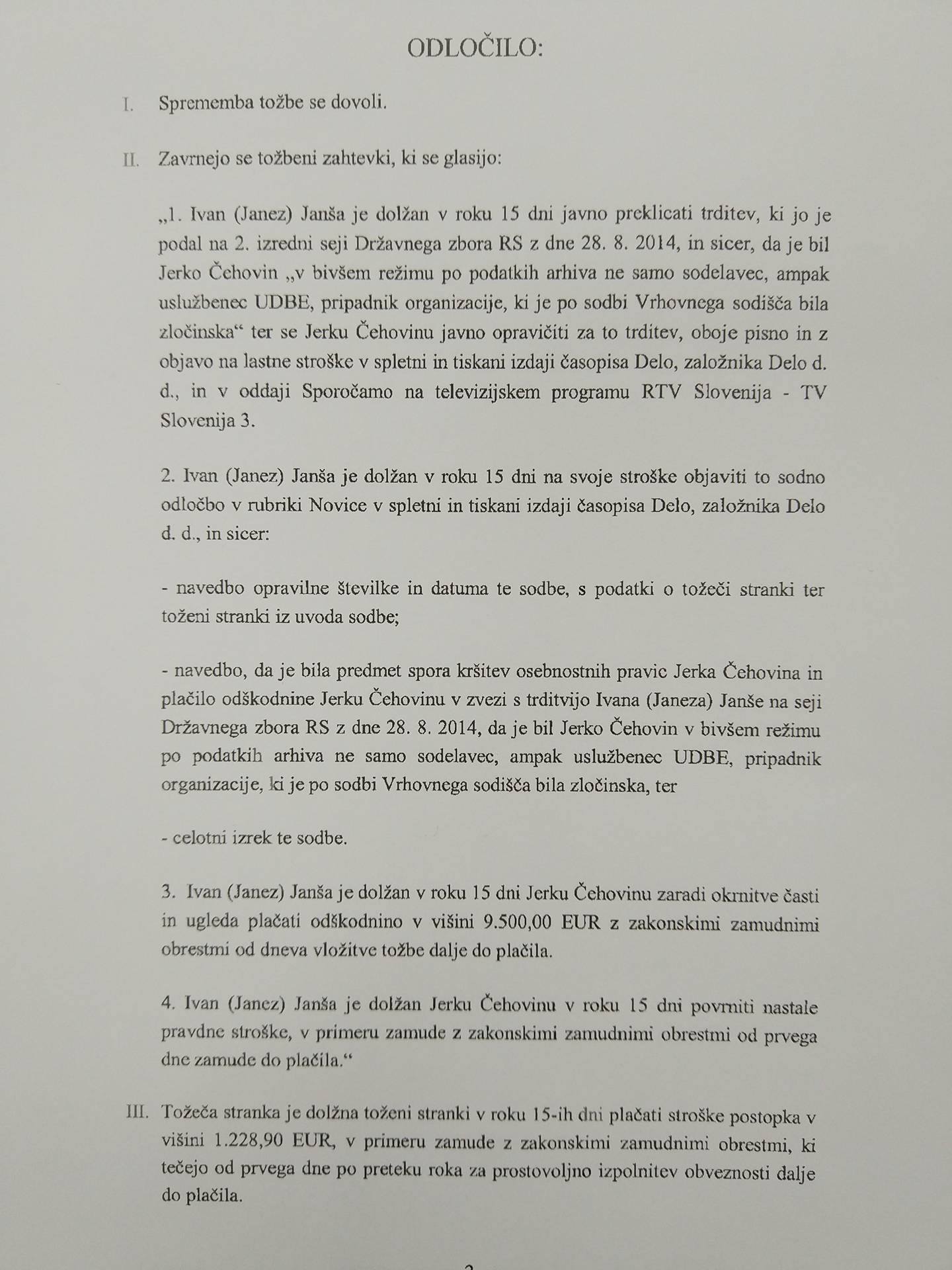 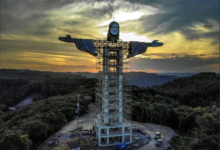 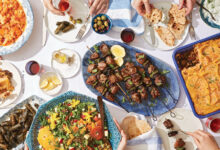 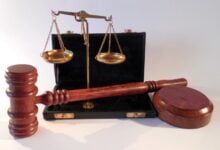