Have you ever heard of the art of magical thinking? It is a manipulation, typical of the left-wing all over the world!

When it comes to the left-wing in Slovenia, Europe, and the USA, you can often spot the common point, which is the “art of magical thinking.” The Spectator writes about the situation in the USA, which is very much like the situation in Slovenia, where the polls are being used to create public opinion, instead of measuring it. In recent days, we were able to see in the mainstream media, how the decision-makers are building the project of a technical government of the “constitutional arc” through media campaigns and the artificial raising of the popularity of their candidate for the position of the prime minister, Jože P. Damijan. Before that, they artificially raised the popularity of Tanja Fajon, Marjan Šarec, Miro Cerar, Alenka Bratušek, Zoran Janković…

Roger Kimball, a columnist of The Spectator has published an exceptional column, and you cannot help but recognize the Slovenian left in it. in his column, Kimball writes about the idea that a typical characteristic of the left, more specifically, Joe Biden’s voters, is magical thinking, which he defines as the irrational belief that our thoughts influence or ‘constitute’ reality.

Kimball is, of course, cynical about magical thinking, but he is not far from the truth, especially when he cites an example that is remarkably similar to our own environment, where the polls often seem as if they were customized: polls that show that Joe Biden is ahead of Donald Trump.

Fantasy polls
As Kimball says, the polls are riddled with methodological errors and shortcomings, for example, they oversample Democrats or suburban women, they fail to factor in the phenomenon of the shy Trump voter, who fully intends to vote for the President but is not happy about advertising it to random pollsters; and many other things. And as empirical support for his hypothesis, he cites the example of the polls before the 2016 U.S. presidential election, where Hillary was in the lead in all the polls, up until the very last moment, when she lost. According to Kimball, it was possible to predict that Trump would win much earlier, by simply observing the “grounds.”

With the media and the repeating of lies, the crowds start to believe
Kimball also admits that there is probably a strategy behind it all, which cannot be said to be irrational in itself. The strategy is that if you repeat something enough times and if you have a big enough megaphone, people will start to believe it, even if it is untrue. He uses something that the Australian philosopher, David Stove, said about philosophers, which can also be applied to politicians and the media, as the explanation for what happened in 2016: “They are hardly ever cynical manipulators of their readers’ minds. They do not produce delusions in others, without first being subject to them themselves.”

This strategy has been successful in the USA, as well as Slovenia, for a long time, as the media are naturally left-leaning, and up until the 2016 U.S. election and the Slovenian parliamentary elections in 2018, until the emergence of alternative media outlets and greater power of social networks, they skilfully manipulated the public opinion and chose and nominated their own candidates for the election winners. All of this explains why the left ruled for 75 percent of the time after we gained our independence – we never even had fair elections.

To conclude, let’s take a look at what happened to the people who relied on the U.S. polls who predicted that Trump would lose in 2016, namely, in the case of the far-left TYT: 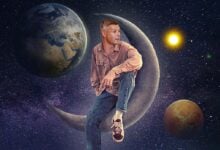 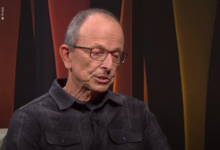