Is the deep state preparing a new attack on Počivalšek?

The inscription on 24ur’s report on the first day of school, which reads: “Počivalšek detained.” (Source: POP TV)

Once again, POP TV has had a serious slip-up. On the show 24ur (24 hours), there was a report on the first day of school, and during the report, a banner popped up, which read: “Počivalšek detained.” Minister Počivalšek immediately let everyone know that he was not detained and that he was on his way home. At the same time, he also wondered whether this was a threat and if he would get a visit on the next day. Minister of the Interior Aleš Hojs believes that the media house has gone completely insane, and he even wondered whether POP TV had received any information from hidden correspondents that even he, more than obviously, does not know about.

After the failure of Uroš Slak, who wanted to challenge Anže Logar on his evening show, and after the releasing of untrue information about the protests at Bled, while Jaša Jenull had his performance, the show 24ur now allowed itself another slip-up. While reporting on the first day of school, they put a banner on the screen that read: “Počivalšek detained.”

Minister of Economic Development and Technology Zdravko Počivalšek immediately responded to the banner, as he informed the public and the media outlet that he was, in fact, not detained. “24ur, I have just finished a meeting and am heading back home; right now, I am on the Štajerska highway. Is this a warning that I am to expect a visit tomorrow, or are these pious wishes that you are starting to believe?” Minister Počivalšek wrote on his Twitter profile.

Minister of the Interior, Aleš Hojs, also responded to the false information that was published. He believes that 24ur has gone completely insane, and he even wondered whether 24ur had any information from the police correspondents. “The 24ur banner that was put on the screen during the report on the first day of school states that Počivalšek was detained. Have you gone completely insane during this media overthrowing of the Government of the Republic of Slovenia, did you forget about what you had prepared and it did not come true, or do you have any information from your correspondents from the police?” Hojs wondered on Twitter.

The slip-up in question became the subject of ridicule; among other things, one user responded with a Tweet, writing that the slip-up reminds him of a bad joke. He wrote: “It reminds me of that dark humour joke, in which the Russian Foreign Minister forgets about the time difference and calls his Polish colleague to offer his condolences for the plane crash of the airplane that was carrying the President, to which the Polish Minister responds by saying that the plane has not even taken off yet.”
We addressed several questions to the Proplus media house, including whether this was a deliberate mistake and whether they intend to publicly apologize to the Minister. In addition, we wanted to know whether a media house like ProPlus could afford such a mistake at all, who was responsible for this mistake, and if the team on the ground was already prepared, waiting to record Počivalšek being detained.

The wish for the current government to fall is apparently very strong. Lately, the media outlets ProPlus and RTV have been practically competing in who will post a “better poor joke”. Let’s just think back to last month, when RTV tried to lynch Aleksandra Pivec in the media, as they published a shot of a nutria and a flock of ducks from Livada by the Ljubljanica river, in their report on the DeSUS party’s council. The shot in question was deemed extremely unsuitable for national television by the journalists as well. At the time, one of our journalists also sent some questions to the RTV media house and asked them whether they wanted to compare the minister to a rat, and what exactly was the intention of their report. 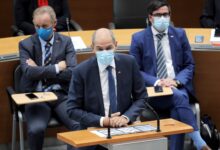 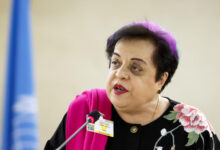 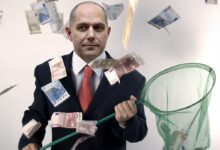 They are better at counting euros than they are at counting to 46: the staggering earnings of the salon socialists will shock you! 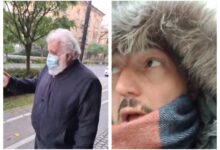 They should be prosecuted: Rapper Zlatko and his pal harasse…