Branimir Štrukelj, who decided to paralyse the Slovenian state with a strike in the public sector on Valentine’s Day, is a very rich man. In 2012, he bought an 80 m2 three-room flat near Bežigrad, and today the Surveying and Mapping Authority of the Republic of Slovenia estimates its value to be €150,000. According to one of our colleagues, who bought a 70 m2 flat for €180,000 in the same neighbourhood a few weeks ago, Štrukelj’s flat has a market worth of €200,000.

But in contrast to our colleague, who will have to pay monthly loan instalments for 10 years, Branimir Štrukelj does not have a cent of mortgage.

Son in centre, father near Stožice
Just like his son from his relationship with Ana Kučan, the daughter of the former Slovenian president Milan Kučan, who has had a flat registered on his name since he was nine. A flat neighbouring the one owned by his mother Ana. According to an expert, together the two flats on Pražakova street have a market worth between €350,000 and €400,000. But as shown by the records we have published, neither Ana Kučan nor Branimir Štrukelj want to explain how they financed their son’s real estate in the centre of Ljubljana. 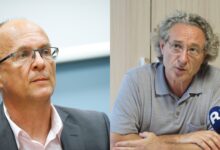 By resisting the testing, Štrukelj’s educators are once again endangering the safety of our society as a whole 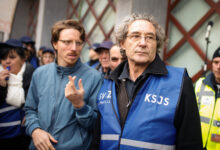 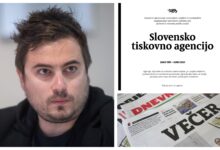 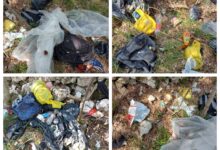