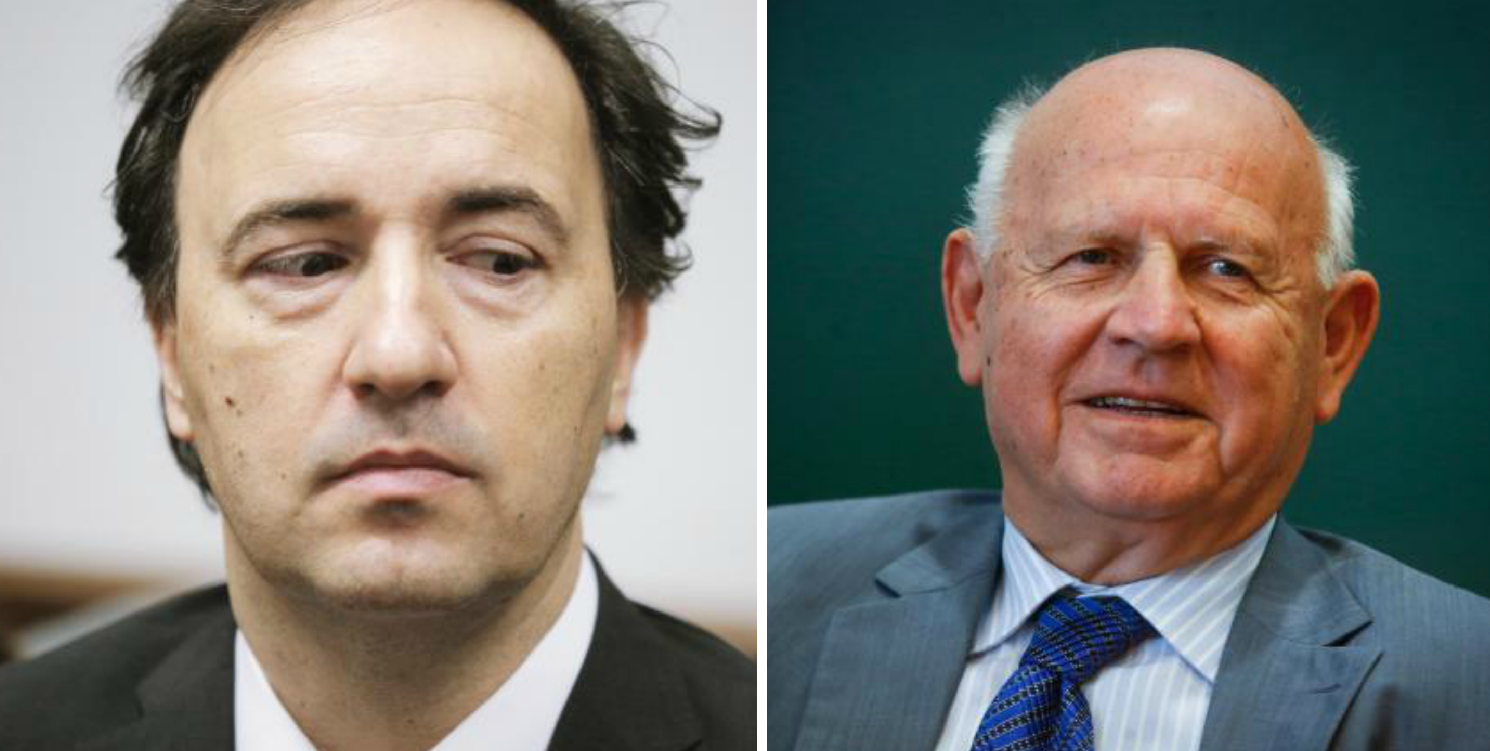 In the last few weeks, we have talked to numerous insiders from the Slovenian corporate and political scene about the affair regarding the laundering of Iranian money at the biggest Slovenian bank, NLB. We asked them who might be the actors in Slovenia that would have been capable of entering into and also completing the above business? Most people we talked to assessed that in that period no person had been better connected internationally than Janez Kocijančič. And there had been no better bank operative within NLB than Matej Narat.

Teacher and pupil?
The new president of the European Olympic Committee, Janez Kocijančič, who was elected about a week ago, still works in the elite offices on the 12th floor of the TR3 building. The administrative building of NLB stands just a few metres away. It is where Matej Narat had worked for many years. Our sources claim that the interests of Janez Kocijančič and Matej Narat are closely connected. People who have had the chance to be part of their meetings can say that there has been nothing but admiration from both sides. It could also be said that their relationship is that of a teacher and a pupil. Our sources at NLB claim that Kocijančič and Narat have also conducted business together in the area of loans from abroad. It is known that NLB has been accumulating debt on international financial markets and transferring the assets. In financial circles, Janez Kocijančič has been mentioned for years as a person that brought larger amounts of these assets to Slovenia, mostly for the operations of NLB. Experts on Slovenian left-wing politics say that Janez Kocijančič has always been the right-hand man of Milan Kučan for special operations in the economy, and Kocijančič’s business card has often ended up in the hands of foreign companies with ambitions to do business in Slovenia.

After leaving Kavčič’s government in 1973, Janez Kocijančič became the director general of Interexport, through which he coordinated most of his import-export business, and in 1982 he became the head of the then influential and important company Adria Airways, which he led for 11 years.

Kocijančič is much more than just a sports fan
The former long-time president of the Slovenian Olympic Committee is not just a sports fan. He is still actively involved in the Slovenian political scene, and together with Milan Kučan, Ciril Ribič, Miran Potrč and Borut Pahor, he is part of a “wisdom council” of the Social Democrats (SD), which was established by the president of SD, Dejan Židan, in 2014. In his youth, he was the president of the central committee of the Youth League of Slovenia (1966–68) and the president of the Youth League of Yugoslavia (1968–1971). For some time, he was a minister in Kavčič’s government and then became the director general of Interexport, through which he coordinated most of his import-export business, and in 1982 he became the head of the then influential and important company Adria Airways, which he led for 11 years. When the League of Communists of Slovenia – Party of Democratic Reconstruction merged with the Workers’ Party, the Social Democratic Union, and two groups from the then Socialist Party and the Democratic Party of Pensioners, and renamed itself into the United List of Social Democrats, he became its president. In 1993, Kocijančič became a deputy in the first composition of the National Assembly of the Republic of Slovenia, where he also worked as a member of the Committee on Finance and Monetary Policy, the Committee on International Relations, and the Committee on Internal Policy and Justice.

Due to bad results, he stepped down from his position in 1997 and left it to Borut Pahor. At the time he decided to withdraw from the political scene and transition to the economy and media – in 1997 he established the company JK Consulting d. o. o. and at the same time became the president of the RTV Slovenia council. A few months ago, Nova24TV also reported on Janez Kočijančič’s diverse business history in the USA. In March 1996, a company called N. O. C. Slovenia, Inc. was established in Atlanta. According to information released by Slovenian media, the representatives of the US company included three then leading people at the Olympic Committee of Slovenia (OKS) – in addition to Kocijančič, these were Tone Jagodic, former secretary general of OKS, and Miro Cerar senior, the father of the current Slovenian prime minister, Miro Cerar. Along with N. O. C. Slovenia, Inc. in Atlanta, another company was established in New York – Fin/Cor Inc., which operated until 2004, when the Slovenian National Assembly elections were won by the Slovenian Democratic Party. Apart from Kocijančič, the Slovenian citizen Slavko Lorbek was also a representative of the company.

The third US company that Janez Kocijančič was actively involved in was JAN Consulting, which was established in 2000 and supposedly still exists. As its name indicates, JAN is JANez Kocijančič’s personal company, and he uses it for his “expert consulting”. When asked about them by reporters at Večer, he answered that “they were companies involved in advising and connecting partners from Europe and the USA.”

Alongside the “expert consulting” from a comfortable office on the Seventh Avenue in New York, Janez Kocijančič also firmly controlled RTV Slovenia, and in the period as its president he placed “the right and proper” people in key positions. He is consequently the person responsible for RTV Slovenia probably being the most politicised public service in the European Union today. In 2004, he was one of the key co-founders of Forum 21, the notorious association that was formed at the initiative of the former Slovenian president Milan Kučan. According to public databases, Janez Kocijančič is the son of Boris Kocijančič, a pre-war lawyer, partisan and minister in the first Slovenian post-war government, and Krista Kocijančič (born Pestotnik). He is married to Andreja Kocijančič, a former rector of the University of Ljubljana. Their son is the philosopher Gorazd Kocijančič, and their daughter, Nika Kocijančič Pokorn, is a professor at the Faculty of Arts in Ljubljana.

Matej Narat selected as main economist of degenerate left
The long-time board member at NLB has allegedly been selected by the hard left as the successor that would be entrusted with managing policies linked to their interests and capital. Even though a few years ago it seemed that the throne might be seized by the indestructible Borut Jamnik, a former long-time president of the management board at Kapitalska družba and current head of Modra zavarovalnica, or Žiga Debeljak, a former president of the management board at Mercator and now close confidant of the president of Gorenje, Franjo Bobinac, our information indicates that the person selected is Narat. The latter is supposedly an excellent operative. He allegedly created a vast network of acquaintances, working completely in the interest of the “puppet masters in the background”. He communicates very skilfully and involves himself in corrupt dealings. But Narat is not without problems either – due to his long-time work in the management board of NLB, he faces a large number of criminal charges and actions for damages, which he has been tackling with the help of Boško Šrot’s former lawyer, Stojan Zdolšek. His community of interest includes Lidija Glavina, the president of the management board of Slovenian Sovereign Holding, Aleš Aberšek, a member of Telekom’s finance board, and Andrej Prebil, who was recently appointed as the new director of the Bank Assets Management Company.

From Factor bank to Studio Marketing, then to SKB, NLB and Sava
Matej Narat started his banking career at the Factor bank. From there, his path took him to the position of director at the marketing agency Studio Marketing, and then he moved to the SKB Bank before becoming a board member at NLB in 2002. During his rapid rise, Narat also became a member of the influential supervisory boards at Mercator, Helios and Maksima Holding. And through the structure of NLB, he also gained memberships in supervisory boards at the LHB bank in Frankfurt, Banka Domžale, Banka Zasavje, NLB Propria and LB Leasing. Similar to Kocijančič in Forum 21, Narat found his place in the YES association. He is still defending himself in judicial proceedings due to a favourable housing loan for Simona Dimic, who was the head of Borut Pahor’s cabinet when the Social Democrats were in power. But the influence and power of Matej Narat during the rule of the Social Democrats have mainly been manifested in his appointment as the president of the management board at the state-owned Abanka, which he was given by the supervisory board controlled by Pahor’s team. However, Narat was involved in numerous bad loans, and after a very long process, the Bank of Slovenia decided that it would not grant him the license to lead Abanka. But his “sponsors” made sure that Narat did not remain long without a comfortable armchair, as he was appointed as president of the management board at Sava shortly thereafter. Immediately after arriving in the management board of Sava, Narat also joined the supervisory boards of the Bernardin hotels and Sava Turizem. Currently, his function at Sava is to serve as an advisor to the executive director who is responsible for the consolidation of three tourist companies under the auspices of Sava.

What is indicative about the whole thing is the fact that Matej Narat is almost the only Slovenian banker from the new generation that survived the involvement of politics and strengthened his position through the years. If we take a look at some former Slovenian bankers, e.g. Božo Jašovič, Draško Veselinovič, Slavko Jamnik, Miran Vičič, they are poor men compared to Narat. The people we have talked to point out that this might be a clear sign that Matej Naran is a proven and carefully selected operative, just the right person for certain special projects … 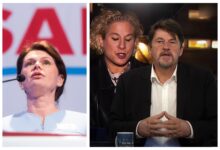 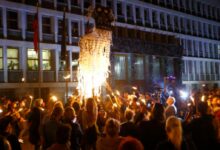 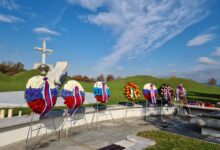 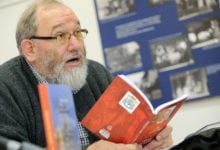 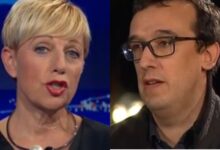 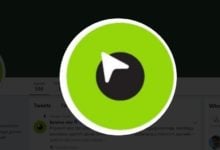 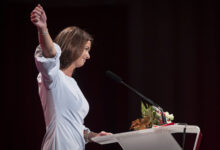