Mekina, a hack journalist from Mladina, slanders Nova24TV in the European parliament while keeping silent about the fact that NLB is an indirect owner of Mladina and that the magazine is financed by overpaid medical material

Despite the fact that a number of Slovenians wish the #IranNLBgate affair were swept under the carpet, we finally awaited the day when the national embarassment reached the European parliament. The PANA committee considered it the most important issue on the agenda. While the Slovenian deputy Dr Anže Logar openly informed the MEPs of €1 billion that had been laundered in 2009 and 2010, the journalist from the weekly publication Mladina Borut Mekina testified in the manner of a lawyer, defending those responsible for the bank liquidity gap and claiming that at the moment the topic is of no great significance in Slovenia. He also slandered Nova24TV, which had presented the Slovenian public with facts.

Anže Logar, as president of the commission of inquiry to determine the abuses in the Slovenian banking system, pulled no punches when he revealed to the European public the names of those who knew about the suspicion of money laundering but did nothing about it. Clearly, Mekina was very bothered by this, for he attempted to qualify the matter by saying that banks in other European countries had also been guilty of laundering Iranian money. Despite claiming that the topic is of no great importance in Slovenia at the moment, the MEPs, independent of their political leanings, demanded concrete arguments in favour of his claims. After starting to get tongue-tied, he decided to stop answering.

He deems Nova24TV a hateful newspaper
Mekina had even gone so far as to send and e-mail to the members of the special committee PANA, stating that Mladina presents one of the most influential and serious newspapers on the Slovenian media landscape, while calling NovaTV24 a newspaper of the biggest opposition party SDS that spreads hate and lies about immigrants and about other political and non-political topics. He also stated that our newspaper is derided and rejected by the “serious” journalistic media in Slovenia and added that we have connections with friends of the Hungarian prime minister, Viktor Orban, which is supposedly the most telling piece of information.

He does not consider ownership of Mladina controversial
Mekina of course forgot to mention that Mladina is a far-left magazine, which has been attempting to hide the affair of €1 billion laundered at NLB and save its political godfathers, who are deeply involved in this affair of all affairs. Many have pointed out that the joint stock company KB 1909 (one of its owners is also NLB), which is an indirect owner of Mladina, is a successor of the Safti company, previously managed by UDBA members. The company, which owns Mladina, had also been the owner of Mark Medical, which the Slovenian public had become aware of after the affair with stents.

After the session of the special PANA committee, Mekina told Nova24TV that Logar had a political agenda for revealing the #IranNLBgate affair and added that Logar wished to present it as an example of the greatest type of corruption. According to him, the NLB matter is limited only to the case of one Iranian, but the bigger transactions in Slovenia during the period of privatisation that had been processed through tax havens are being ignored. When asked to comment on the fact that one of the owners of Mladina had owned capital in a tax haven, he answered that he deems this discreditable and added that during Janša’s first term they had been facing a shortage of advertisement money and therefore needed additional funding, which they had been able to find through KB 1909. According to Mekina, this had not influenced editorial policy, and they had decided that the NLB case had been nothing major after having investigated it, which is also the reason it had never been put on the front page.

Romana Tomc denies all allegations of Mladina
Mladina criticised the MEP Romana Tomc, who is a member of the Slovenian Democratic Party, for having brought the matter regarding the money laundering to Brussels only half a year before the Slovenian parliamentary elections. Tomc, however, was very clear: “We can be happy that the matter even ended up on the agenda considering how much time has elapsed since the first report of a suspicion of money laundering at NLB. At the same time, this means that the commission has deemed the case to be of great importance. It took seven years for the case to get to Brussels.” In the context of #IRanNLBgate, she also spoke of the fact that the Slovenian government had not delivered on the promise which it had given to Brussels at the time of the latest bank rehabilitation. That is, to stop its involvement in the largest Slovenian bank – NLB. Its failure to comply with this indicates that in the background money is still managed by the old political structures, which is why selling the bank never was and never will be in the interest of the current left-wing government.

It is utterly absurd to consider that Logar was following a political agenda by revealing the #IranNLBgate affair. It is perfectly obvious that disclosing the affair is not in the interest of Mladina and its political godfathers. This is also why they had decided to discredit the work of Logar’s commission and Nova24TV, which provides the Slovenian public with facts, while others keep sweeping them under the carpet, so they can continue unimpeded. But time is running out, and there is no wonder that some people are getting more and more nervous. 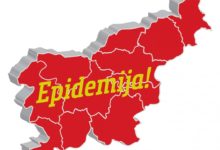 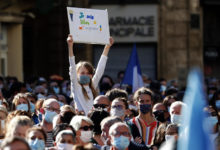