Minister Logar criticized the Slovenian media and their negativism: “If you follow the news, you get the feeling that you are in a darkroom. Literally. Everything is red.” 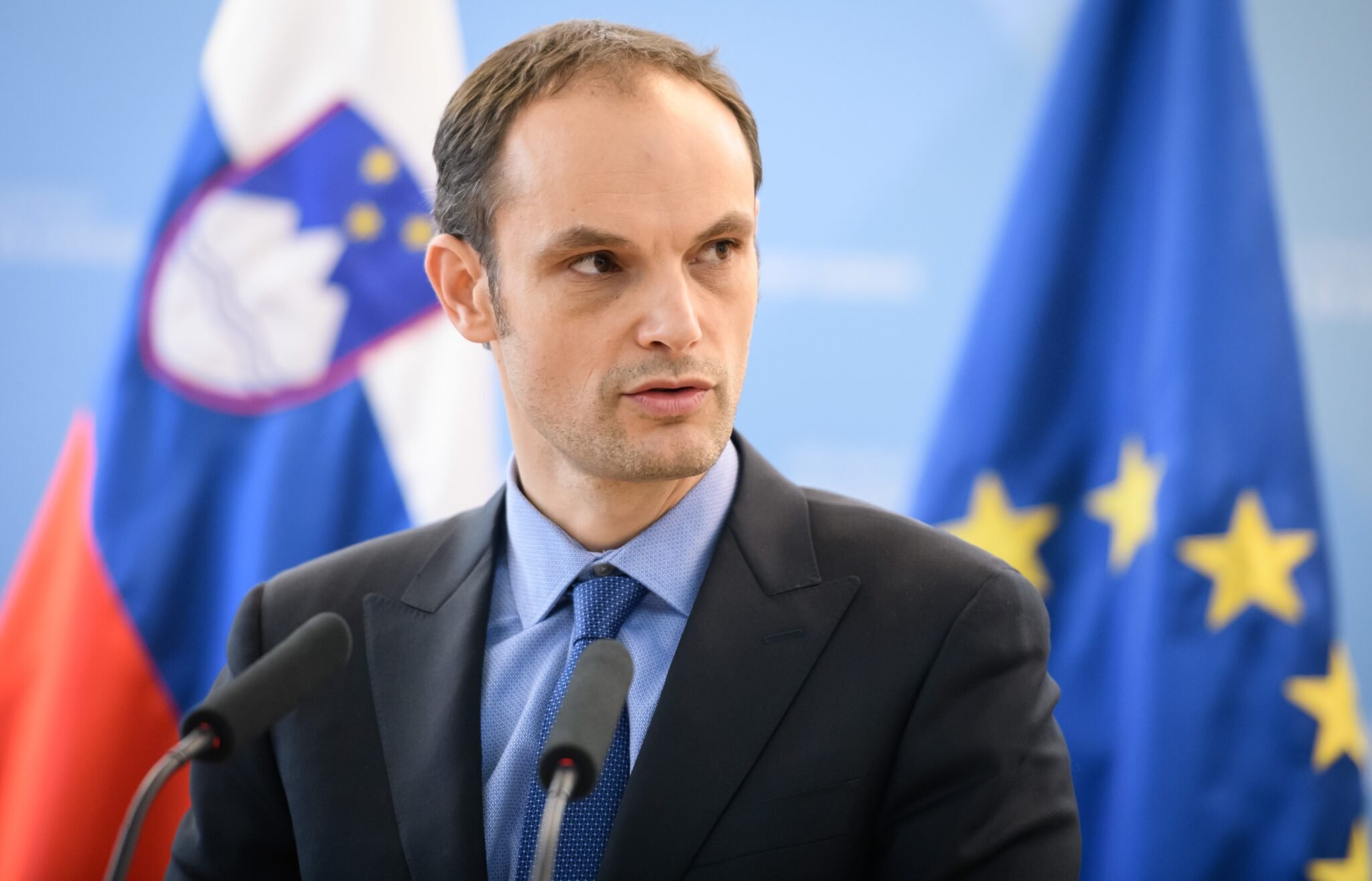 “If you follow the news nowadays, you get the feeling that you are in a darkroom. Literally. Everything is red. And under the red light, the image of the room (the world) seems distorted. Let’s go back to the darkroom. This is just a process. A process that turns negatives into positives. And this is the way to look at it these days. Very simple. The current media coverage is just a negative,” the Minister of Foreign Affairs, Anže Logar, Ph.D., wrote in a Facebook post about the work of the current government.

After quite a long time, the Minister of Foreign Affairs, Anže Logar, shared his thoughts in a post of his Facebook profile, as he “peeked” at the Slovenian media for the first time in a long time (due to the abundance of work). “If I followed everything that is being written, it would be better for me to just stay at home,” he commented on the negative reporting and the undermining of the government’s efforts.

With the examples of several cases that happened recently, Minister Logar demonstrated just how destructive the media have been in their nullifying of the efforts and even the successes of the Slovenian diplomacy. However, Logar remains an optimist and sees these cases sort of like a process that also happens in his father’s darkroom, where he turns negatives into colour-positive films – slides.  Therefore, Logar urges everyone to find the real truth before trusting the media and trust themselves and their judgment. “So, believe in the original, believe in what you see, and not in their interpretations.”

You can read Logar’s post in its entirety below:
My father is (or was) a painter, and consequently, he also dabbled in photography. He had his own Hasselblad, which he always took out from his photography bag with great respect. For a little kid, the process of the photographs being made was the most interesting part of all of this. I was always next to him, working in the darkroom. That red light, which completely distorted the view of the space, but performed miracles at the same time. It turned the photo negatives in which you could not really see anything, into visible images, positive images – beautiful photographs of the city, the landscape, the people…

Lately, I have been spending very little time in Slovenia. On Monday, I was in the USA, over the weekend, I was in Rome and the Vatican, and soon I will be going to Haag. But from time to time, I take a peek into the media, to see what is being reported on, when it comes to all of these visits. Ahem, if I followed what is being written, it would be best for me to just stay at home.

But if I had stayed home, then we would not have a signed strategic dialogue with the USA now. Which is much more important than some people might think. Because that means that we are now actively cooperating with the USA at practically all levels of administration, from the lowest official, professional, scientific, to the political level. The progress of our cooperation is assessed annually, at the high-level political meetings.

Without the visit to Rome, there would be no future meeting of the three foreign ministers of Italy, Croatia and Slovenia, where we will have the opportunity to discuss all of the open dilemmas, related to the announced declaration of an exclusive economic zone in the Adriatic. Without the visit to the Vatican, I would not have been able to bring the message “I feel Slovenia” to the world when the lights on the Christmas tree in St. Peter’s Square were turned on. We Slovenians donated the tree, spruce, two Slovenians decorated it, the Slovenian archbishop offered the mass for our homeland, and Archbishop Cvikl and I addressed the international public when the lights were turned on, which was broadcast by the European Television Network.

Without the visit to Berlin where I met with the German Minister, he would not have made the public statement, in which he said that Slovenia helped resolve the complication regarding the future Union funding with its proposals. Which was in stark contrast to how the matter was reported on back home. Do you remember the opposition and media pogrom that followed when the Prime Minister Janez Janša sent a letter to the European leaders, suggesting that they should have another round of negotiations because two countries announced a veto? Well, this weekend, the last round of negotiations was held, and the leaders managed to find a compromise. Slovenia will therefore receive 12 billion funds for future development! I could list even more things that answer the question of why the Foreign Minister must travel.

But what I was able to read in the media, is that the spruce we donated to the Vatican is “frayed,” whatever that is supposed to mean… Well, let me tell you that this “expert assessment” was based on a photograph of the spruce tree being put up on the St. Peter’s square. After a 6-day drive, when the branches of the lower diameter of the spruce were compressed to 3 meters from their usual 7 meters, due to transport. So, tell me, which lady would have been suitably prepared for a gala after a 6-day drive, where she would have been squashed like sardines? And besides, this statement was later proven to be false by the Christmas tree itself. If, of course, you trust your own eyes. And if not, you might trust the words of the Vatican gardener, who has publicly stated that in his 29 years of work in the Vatican, he has never seen such beautiful spruce in the square.

As I spoke with the U.S. Congressman Paul Gosar during my visit to the United States (due to a covid infection in his family, which happened immediately before we were supposed to meet, we were not able to speak in person), the 24ur web portal expressed surprise at my choice of the interlocutor and wrote: “Gosar’s views are so extreme that six of his nine siblings publicly supported his democratic rival two years ago, saying that Gosar is ‘not fit for parliament and should be removed.’” Well, during the time of Šarec’s government and the consequential media honeymoon, here is what we were able to read about Congressman Gosarin the media: “Today, President Borut Pahor awarded the Golden Order of Merit to Paul A. Gosar, an American Congressman of Slovenian descent. Gosar was awarded the Golden Order of Merit for his contributions to and participation in friendship and for fostering continued close relations between Slovenia and the United States.”

If you follow the news nowadays, you get the feeling that you are in a darkroom. Literally. Everything is red. And under the red light, the image of the room (the world) seems distorted. Let’s go back to the darkroom. This is just a process. A process that turns negatives into positives. And this is the way to look at it these days. Very simple. The current media coverage is just a negative.

However, in our democratic world, we also have a choice, and not choosing is also a choice. We can simply choose to not participate in the media “darkroom,” in the process of creating the (photography) truth. Let’s go back to the source – the actual situation. And let’s create an opinion based on this. If all media programmes are criticizing a letter, google it and read it. If various analysts in the media, and even the consumers’ association, are criticizing the Government of the Republic of Slovenia’s proposal to reduce car taxation, ask yourself which would you prefer: cheaper or more expensive goods(?), or is the “message from the darkroom” about the bad, weak government more important to you?

Above all, trust yourself and your own judgment. And remember, we get the positive out of the negative. Even your best friend looks like a stranger in the negative. So, believe in the original, believe in what you see, and not in their interpretations.

P.S.: Oh, by the way, before leaving for the U.S., I got tested again. Now I am also officially – negative. (Merely) covid negative, of course… 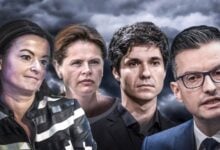 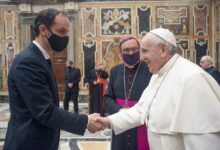 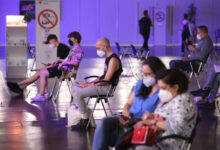 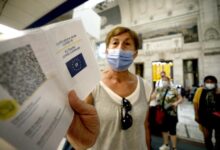 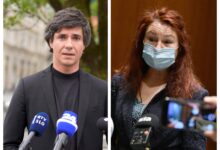 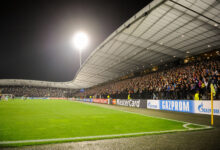 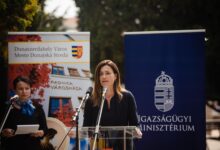 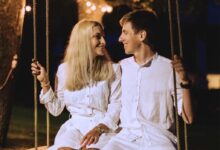 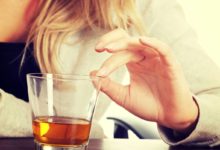 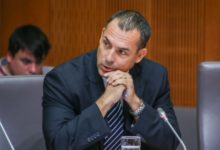 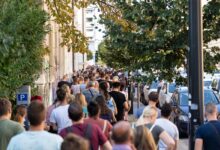