Minister Tonin on the left-wing opposition’s announcement of a referendum on the investments in the Slovenian Army: This is a very low and opportunistic move! “This is a very low, opportunistic move, with which the left wants to upset people and bring more ire into society, especially with the demagogic depictions of how there is no money for one thing, but there is money for another,” the Minster of Defence, Matej Tonin said in regard to the left-wing opposition’s announcement that they would file a motion for a referendum on the Act on the Provision of Funds for Investments in the Slovenian Armed Forces in the years 2021 to 2026. Tonin also added that he finds it sad that they are trying to build their political support on the shoulders of the state. He also commented on Saturday’s congress of the NSi party and said that he wants this coalition to remain in power, as it is doing great things for Slovenia.

On Friday, the National Assembly approved a bill on the investments in the Slovenian Armed Forces in the years 2021 to 2026. The bill provides for 780 million euros in additional funds for military investments in the next six years, most of it for the purchase of armoured vehicles and the establishment of a middle battalion battle group. The decision has already been praised by the Supreme Commander of the Armed Forces, President Borut Pahor.

In addition to the Levica party, the LMŠ, SAB and SD parties also oppose the law. The latter said they would actively participate in the referendum procedures. Lawyers Igor Kaučič and Matej Avbelj prepared a legal opinion for the Ministry of Defence, according to which the referendum is constitutionally inadmissible, as the bill in question is a bill in the field of defence and the security system of the state, which contains some necessary measures which would help ensure the constitutional values ​​of state defence, security and elimination of consequences of natural disasters.

The Act provides the most necessary funds for the Slovenian Army, the left-wing opposition’s move is harmful
On the show Topic of the day (Tema dneva) on Nova24TV, Minister of Defence Matej Tonin said that the adoption of the Act is a good thing for the future of the Slovenian Army and expressed gratitude to the majority in the National Assembly for their courage, and for the legislature that will enable the Slovenian Army to survive. He said that this Act allocates one percent of the funds for the most urgent investments and will be spent on appropriate equipment, decent construction of the barracks, the purchase of two helicopters, a transport plane and armoured vehicles, which will contribute to greater safety and survival of Slovenian soldiers on missions.

Tonin called the opposition’s move malicious demagoguery, as every serious country needs a healthcare system and an army that provides security. At the same time, he reminded everyone that the Army had allocated 30 million euros for the COVID-19 crisis this year, in addition to their help in establishing new capacities at the University Medical Centre Ljubljana. This represents more than 35 percent of the healthcare budget. In the current situation, this is more than a fair relationship, and whoever claims otherwise, wants to maliciously damage the prospects of a better future for the Army, and contribute to the self-abolition of the military.

So, will the left-wing opposition succeed in the referendum? Minister Tonin does not believe in their success, as the constitution is clear, and constitutional lawyers have also made their views on the matter clear. “This is a very low, opportunistic move, with which the left wants to upset people and bring more ire into society, especially with the demagogic depictions of how there is no money for one thing, but there is money for another,” Tonin said, adding that he finds it sad that they are building their political support on the shoulders of the state.

The coalition is doing great things for Slovenia
Tonin also commented on Saturday’s Congress of the NSi party. “I think that New Slovenija, the Christian Democrats (Nova Slovenija, krščanski demokrati), has shown its maturity in the past two years. We made a change of generations, a new leadership team has been established, the party did not split, and the former president did not leave the party. We have shown maturity and democracy, which is a good prospect for the future,” said Tonin, adding that the NSi team is energetic and eager to work and wants this coalition to stay in power until the end of its mandate because it is doing great things for Slovenia. 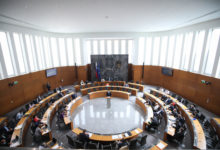 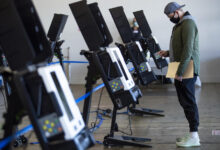 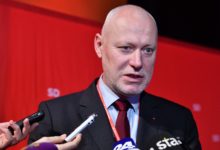 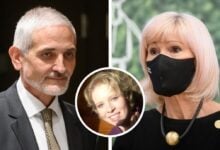