July 13th, the day when Slovenian President Borut Pahor and Italian President Sergio Matarella will meet in Trieste to attend the signing of a document, returning the ownership of Narodni dom (National hall) to the Slovenian ethnic minority in Italy, is fast approaching. As the Office of the President of the Republic announced that the Presidents would lay wreaths at the monument to the heroes of Bazovik, as well as at the Bazovik foiba, as a sign of reconciliation, the totalitarian left panicked – President of the SD party, Tanja Fajon, in particular. We asked the long-time diplomat Ernest Petrič, Ph.D., for a comment on why it is important to hold the mention reconciliation ceremony. Among other things, he pointed out that such actions are symbolic, but still very important. “By doing so, we are slowly eliminating the remnants of the past from our minds.” Our communists and their successors are, according to Dimitrij Rupel, Ph.D., very worried that something ugly from history could be attributed to them. “They have always wanted to be pure, the virgin heroes, which is the real reason for the objections, criticism by Fajon, Pirjevec, and others. I would not worry about that, personally. I would wait for this to end well and would understand this in the sense that we have taken another step forward in improving the Slovenian-Italian relations.”

Let’s recap. The reconciliation moves made by the President of the Republic greatly upset MEP and President of the Social Democrats Tanja Fajon, who wrote the following on the social network Twitter: ”Unfortunately, Borut Pahor’s actions will open old wounds of many people in the Primorska (coastal) region and abroad, due to the events in the past. Especially as we are aware of the fact that the Italian side is constantly trying to alter historical facts. And that the leader of the League (Lega Nord – Northern League), Salvini, is also supposed to be there. His actions will also devalue the return of Narodni dom.”

An expert in international relations, Ernest Petrič, Ph.D., warned that we live next to each other, and will continue to live next to each other. “Neighbours, friends, our children, our grandchildren. We all live here, in a common Europe. If this Europe is not connected, if we do not wake up in a way, and start thinking about connecting Europe, solving the problems from the past, which were tragic and traumatic, trying to build a common European future, our grandchildren will have to face a grim future. That is why such actions are very important, between the Germans and the French, between Slovenians and Italians, between Slovenians and Austrians, between Russians and Poles,” Petrič pointed out.

We should focus on the future
According to Petrič, these actions are symbolic but very important. “By doing so, we are slowly eliminating the remnants of the past from our minds. This does not mean that we will not respect our heroes, our achievements, our identity, our interests. I want to emphasize this. Despite the fact that I stand for all of this, that is, for being Slovenian, for firmness, and I am aware of all the injustices that have happened to us, we should nevertheless focus on the future. That is why I think these actions are important.”

Let the Italians repent for their fascism, and we will repent for the crimes committed by the communists
We also asked Dimitrij Rupel, Ph.D., who served as the Foreign Minister in several governments, to comment on the decision of President Pahor. In the introduction, Rupel pointed out that the matter is quite simple, on the one hand. “For many years, Slovenia wanted the Italian state to somehow admit that it had committed a great injustice, a crime, by shooting the Tigers in 1930, at the first Trieste trial. And in turn, the Italians accused us of not admitting that Tito’s partisans had committed another great crime after the war, namely, that they had thrown their opponents, those who were defeated, those who they did not like and those who got on their nerves, into the foibas, the abandoned mine shafts in Bazovica,” Rupel pointed out, adding: “These two sides blamed each other for the crimes.” 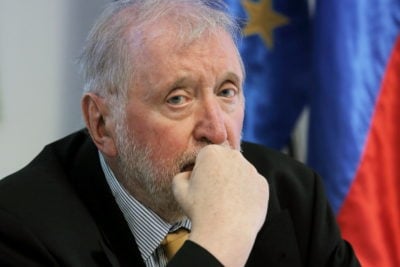 “Then, Slovenia officially said that our representative would honour the memory of those who were thrown into the foibas if the Italian side honours the memory of the four martyrs in Bazovica, who were shot in 1930. And now, what we wanted to happen, will actually happen. After many years, the Italian side is finally ready to pay homage to the Slovenian martyrs, and the Slovenian side is ready to pay homage to the victims of the post-war violence. I believe that Pahor’s actions are correct and in line with what Slovenia has always demanded or wanted. Let the Italians repent for their fascism, and we will repent for the crimes committed by the communists.”

According to Rupel, our communists and their successors are very worried about the fact that something ugly from history could be attributed to them. “They have always wanted to be pure, the virgin heroes, which is the real reason for the objections, criticism by Fajon, Pirjevec, and others. I would not worry about that, personally. I would wait for this to end well and would understand this in the sense that we have taken another step forward in improving the Slovenian-Italian relations.”

Reconciliation is possible wherever politics has changed, and democratic principles apply
“Reconciliation meetings among nations are, of course, extremely important, not only among nations but also within the nation, between different groups, because we have to find a way out of these conflicts, to find a way to jointly cooperate again,” historian Tamara Griesser-Pečar, Ph.D., pointed out for Nova24TV. In light of the protest by the SD party, Griesser-Pečar emphasized the need to start with yourself. “Even in Slovenia, those who advocate for continuity, constantly reject historical facts. History needs to simply be accepted as it is, and all further talk should be based on that. Either within the nation itself, in a dignified matter, or even among nations. For example, there has also been a reconciliation between Germany and France, and they are now working very well together. This is possible wherever politics has changed, and democratic principles apply,” she pointed out, adding that this is a necessary step we need to take with our Italian neighbours, as well as anyone else. 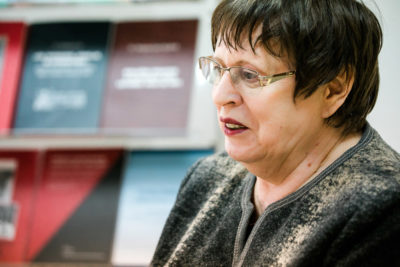 The SD party should apologize for the foibas
Historian Stane Granda, Ph.D., recently commented on the attitude of the SD party, who is the legal successor of the League of Communists of Slovenia, towards foibas, for Nova24TV: “It is perfectly clear that their response is the harshest, as their people are the ones who carried out the massacres. For example, they have never distanced themselves from Boris Kraigher, and they are the ones most under attack in this regard.” Granda believes that us, Slovenians, do not have to apologize for foibas, but instead, the SD party should do it: “Us, Slovenians as a nation, have nothing to apologize for when it comes to the massacres, and the Republic of Slovenia should not apologize either, but this party should apologize, they should bow their heads and say: mea culpa. This was their daily work, and the foibas are only a larger variation of what they are now discovering in the Goriška region, where there was no revolution, but they also murdered ‘dangerous’ people.” The massacres were not carried out based on nationality or ethnicity, but rather, on the basis of class. Numerous victims of Slovenian and Croatian descent can be found in the foibas, including five victims of Jewish descent from Gorizia. 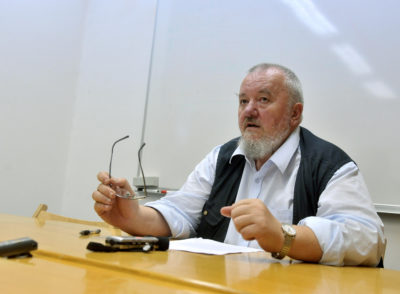 Given that coexistence is not possible without reconciliation, it is unfortunate that in practice, reconciliation seems impossible for those who consider themselves to be the most tolerant. In doing so, however, it is imperative to accept the historical truth, as it is. After all, this process is about restoring human dignity on both sides. And since adding fuel to the fire of conflict is not to anyone’s advantage, it would be right for the Social Democrats to finally realize this and to think of the good of the nation rather than the cheap ways of collecting political points.