Opinion poll: Check whether Pahor would win in first round

Current Slovenian president Borut Pahor looks set to extend his presidential term and even win in the first round, while Slovenians will apparently end up with another disastrous project (just like the Unit 6 project at the Šoštanj Thermal Power Plant) after the referendum on Sunday since the project of the second track, if it is not abandoned through the referendum, will become another bottomless pit of money for the select few, i.e. first-class citizens. “In other words, the daily brainwashing of voters has produced some results, though I still doubt that a majority will support the act since the project has too many unknowns,” was the clear statement from Dr Matej Lahovnik, who notes that it is in fact a golden track since every centimetre of it costs an unbelievable €518.

The survey was carried out in the period from 11 September to 13 September 2017 with a sample of 700 respondents (50% of which were women), and it was conducted by the company for market research and opinion polling Parsifal SC. It was a telephone survey, and the sampling frame encompassed the telephone directory (80% the mobile network and 20% the fixed network). The survey measured the general trend regarding some current social and socio-political topics, specifically the prospects ahead of the referendum on the second track, which will take place on 24 September, and the expectations ahead of the upcoming Slovenian presidential election in October.

Surprising: a high turnout can be expected

A majority (58.7%) will vote in the referendum on the second Divača–Koper track, while about a third (33.7%) do not have this intention, and 7.5% are still undecided.

Only answers from those who will vote have been taken into account (n = 423). (Source: Parsifal SC)

Dr Matej Lahovnik: “What is surprising about the referendum on the second track is both the high percentage of people who intend to vote and the high percentage of people that intend to support the act. However, I doubt that the actual turnover will really be that high since previous referendums show that it is usually very difficult to achieve a high turnover. It seems that the one-sided persuading of voters to support the second track act has produced some results. This is not surprising since the government took €97,000 from the budgetary reserve in order to one-sidedly present arguments for the act, which is also constitutionally controversial as it prevents the initiators of the referendum from participating on equal footing in the management of public affairs. Contrary to existing practice, the government even went so far as to involve state companies which should not have been part of the campaign. In other words, the daily brainwashing of voters has produced some results, though I still doubt that the majority will support the act since the project has too many unknowns. The mere fact that Slovenians will pay €1.4 billion for 27 km of railway, which is around €50 million for each kilometre or €518 for each centimetre of track, should give voters pause since the price suggests that the track is made of gold.”

Pahor looks set for another presidential term
The majority of Slovenians would again vote for Borut Pahor for president of Slovenia (50.2%), followed by Kamnik mayor Marjan Šarec (19.8%) in second place. SDS candidate Romana Tomc (4.3%) is in third place. She announced her candidacy on Monday 11 September 2017, so she only recently entered the presidential race. She is followed by NSi candidate Ljudmila Novak (4.2%) and Koper mayor Boris Popovič (3.5%). Maja Makovec Brenčič from SMC and Angelca Likovič from the Voice for Children and Families both received 1.3% of the vote. A relatively high percentage of the respondents do not know who they would vote for or would not vote for any of the listed candidates (15.5%).

Dr Matej Lahovnik: “When predicting the result of the presidential election, it is necessary to take into account that candidates who have been campaigning for some time obviously have an advantage. Pahor has practically been campaigning throughout his whole term, and Šarec has informally been campaigning for several weeks, and he also has the support of the dominant media, at least for now. Nevertheless, I think that – also considering these figures – the only question in this presidential election seems to be whether Pahor will win in the first or in the second round. The greatest danger for Pahor is that his potential voters remain at home with the assumption that he will win anyway, which would reduce his chances of winning in the first round – as expected, the data quite clearly show that he has the greatest support among young voters, but they are rather volatile. The ‘King of Instagram’ will therefore have to find a way to convince them to go vote and support him if he wants to win in the first round. Moreover, the balance of power will probably at least partly change after the confrontations, in which both Romana Tomc and Angelca Likovič might draw some support. The biggest question with regards to Romana Tomc is how motivated she is and how much she is willing to commit to this presidential race considering that she has a significant disadvantage due to the late announcement of her candidacy. The very low support for the SMC presidential candidate is quite telling since she is a prominent minister of this government and such a low support shows that SMC lost almost all of its reputation among the public. Such a low support for the SMC presidential candidate also puts the Slovenian prime minister in a strange light as he has announced that she will definitely reach the second round. It seems that Cerar has lost touch with reality.” 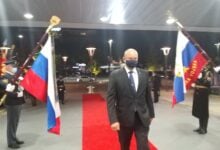 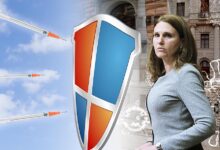