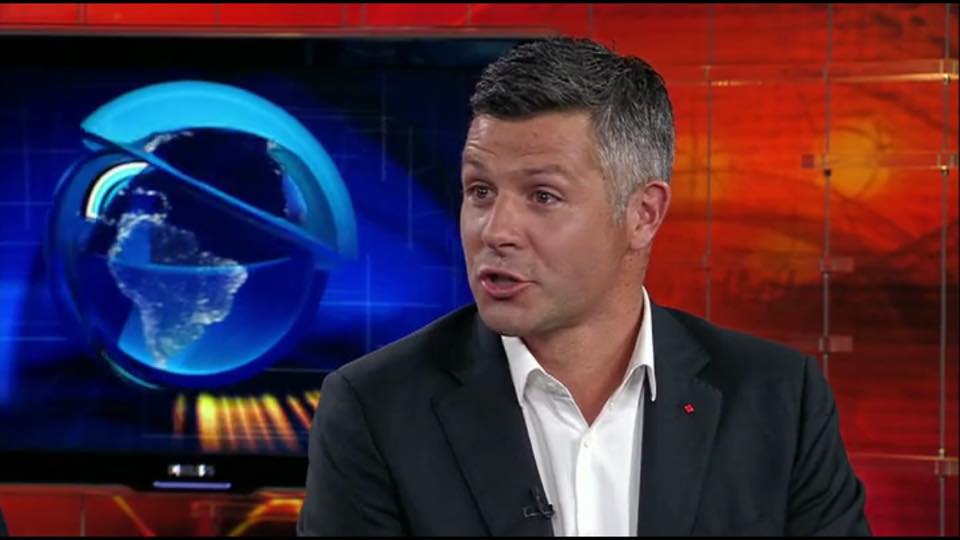 These days, the Social Democrats are trying hard to discredit the Government with insinuations and lies, but this has come back to them, like a boomerang. Franc Kangler reminded everyone of the already-known fact that a confidential report includes gathered data on all of the wrongdoings of the left-wing politicians, including those close to the SD party. As he revealed, in the context of the Vič-Hočmec affair, Minister of the Interior Mirko Bandelj grossly misused the police for the purpose of settling the score with his political opponents. Later, Bandelj, as the Secretary-General of Anton Rop’s Government, pushed for the purchase of the falcon, and today, he is one of the members of the board of directors of the Chess Federation of Slovenia, chaired by the MP Milan Brglez.

The Government is doing everything in its power to limit the epidemic of the novel coronavirus in Slovenia and provide enough protective equipment for the current situation. Meanwhile, the Social Democrats, which were part of the coalition that left the warehouses for protective equipment empty, are trying to discredit the Government with their malicious and offensive insinuations. Among other things, they are trying to draw parallels between 1991 and 2020, claiming that each war has its own weapons and its arms trade.

We have already reported on this at Nova24TV, but this time, the facts came back like a boomerang in the Social Democrats’ face, as the Secretary of the Minister of the Interior Franc Kangler reminded everyone of some well-known facts, which do not speak in their favor.

A confidential report contains all the gathered data on the wrongdoings of the left-wing politicians
“Dear Member of Parliament!” Kangler initially greeted Matjaž Nemec, and continued: “I was a member of the investigative commission in the National Assembly of the Republic of Slovenia, called ‘arms trade’! During our investigation and reviewing of documents at the Ministry of Defence, we found that most of the people involved were close to the SD party, or even the President of your predecessor!” He also pointed out that the vault still holds a report by Bojan Gričar, which remains classified as ‘confidential’ to this day: “Do you even know what is in the report? All the evidence of the wrongdoings of certain left-wing politicians is gathered there!”

Mirko Bandelj grossly misused the police for the purpose of settling the score with his political opponents
We called Kangler and asked him for a comment on the matter for Nova24TV. He initially explained that Gričar’s report was written after the Vič-Hočmec political affair, as a result of the work of the parliamentary commission: “It has undoubtedly been confirmed and proven, that the misuse of the Police and state authorities by the Minister of the Interior Mirko Bandelj, foreign politicians and other influential people, happened. They received the information that they intended to use for settling the political score and harassment in the media.” As Kangler explained, even some articles appeared, that were written by the Government and were supposed to be published in Slovenske novice (Slovene News), but the editor of the publication refused to publish them.

The Vič-Holmec affair was based on the attempt to criminalize the war for Slovenia
The Vič-Holmec affair was revealed in 1999. It was based on an attempt to criminalize the events that happened during the time of the Slovenian independence war in 1991. The causes for the affair were the fights for the Vič and Holmec border crossings, during which, war crimes supposedly occurred. This is a made-up affair about fictitious was crimes, supposedly committed by the Slovenian forces against the members of the Yugoslav People’s Army at the Holmec border crossing. On the other hand, the Slovenian judiciary pardoned the YPA officers who participated in the aggression against Slovenia.

In Gričar’s report, the investigative commission disproved the allegations of war crimes, while concluding that the affair was not intended to disqualify the police officers, but the Undersecretary of State Marko Pogorevc, who commanded the police officers at Holmec during the independence war.

As part of the affair, an interpellation was filed against then-Minister of the Interior Mirko Bandelj for various allegations and criticism of Slovenia’s independence war, which came from the Ministry of the Interior during the time of the affair. The interpellation was successfully voted on, on February 16th, 1999. Bandelj was the Secretary-General of Anton Rop’s Government. He was also supposedly the person who forced the purchase of the falcon. Today, he is one of the members of the board of directors of the Chess Federation of Slovenia, chaired by the radical Milan Brglez. 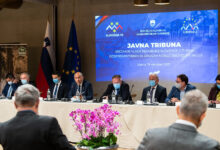 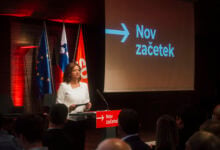 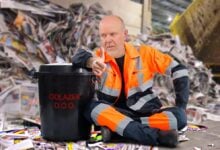