Personal items of the victims in Kočevski Rog show that religious Slovenians – the enemies of communist ideology – were killed there!

Personal holy objects, which show that Slovenians were also executed in the massacres in Kočevski Rog. (Photo: Social networks)

In the recent discovery of the third abyss in Kočevski Rog, archaeologists found the remains and personal items of about 250 civilian victims who were killed there. Most of them were young men who were shot. Remainders of rosaries with inscriptions in Slovene were also among the objects that were found. Inscriptions such as “Mary without sin, pray for us,” in Slovene, prove that Slovenians were also killed in the massacres in Kočevski Rog, in the autumn of 1945.

New remains of the victims of the massacre, which, according to the experts, took place in the autumn of 1945, were found in abyss 3, located between Veliki Rog and Stare žage. Most of the victims were men, and among them, there were also five women. During a recent exploration, the archaeologists discovered an abyss that is 14 meters deep. In addition to the remains, they also found fragments of hand grenades and a large number of unexploded ordnances in it, which we have already written about.

Archaeologist Uroš Košir said that in addition to the remains, they also found spoons, combs, personal items, mirrors, rosaries, holy objects, bits of newspaper, and about 400 buttons, most of which belonged to the civilians. Since the inscriptions on the rosary pendants are in Slovene, it is likely that Slovenians were also among the victims. The pendants read, “Mary without sin, pray for us.”

A layer of gravel and rocks was used to cover the corpses in the lower part of the abyss, and remains were also found in the higher layers. The remains on the surface are believed to belong to those who had to dig up the graves and fill them with gravel, and after that, they were also shot and killed.

The most horrifying thing, apart from the crime itself, is the fact that in independent Slovenia and after the democratization, we have still not been able to prosecute a single case of crimes against humanity. According to war records, about 20,000 people are buried in the killing grounds of the war, and the remains have still not been buried in suitable graves, which would restore the dignity of those who lost their lives during the massacres. 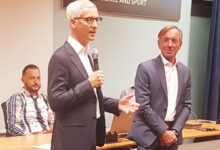 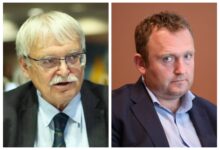