POP TV is using the bloody battle for the masks to settle the score with the Government!

The intentions of Alibaba’s owner Jack Ma are entirely different from what is being presented at the largest commercial TV station Pop Tv. (Photo: 24ur zvečer/screenshot).

The journalists from 24ur pompously reported on the 300 thousand masks that have been donated to Slovenia by Čeferin’s acquaintance Jack Ma, the owner of Alibaba Corporation. “The credit for the donated 300 thousand masks which are currently on their way to Slovenia, goes to UEFA President Aleksander Čeferin. We just spoke, he said: ‘I called my friend Jack Ma, and I said, we have a problem, could you help us?’ He started working on it right away,” Nika Kunaver said about Čeferin’s kindness.

However, Čeferin’s kindness has nothing to do with Alibaba owner Jack Ma’s financial calculations. According to some media reports, the Alibaba owner’s gesture is just a way to promote himself. Among other countries, he also gifted the masks to some African countries, Indonesia, Malesia, Philippines, Thailand, Afghanistan, Bangladesh, Cambodia, Laos, the Maldives, Mongolia, Myanmar, Nepal, Pakistan, and Sri Lanka. POP TV practically did a live broadcasting of the entire delivery of the masks that came from Belgium. “Why, if he had already beat them? Stating that Slovenia did not respond for 11 days, is a lie. The people from Alibaba did not provide the appropriate certificates. The price changes daily. They demand payment in advance, which is something that our country does not do, thank goodness. That is why Pošta Slovenije (Post of Slovenia) took over the whole thing. There is no story here,” host of the Faktor show and Požareport columnist Aljuš Pertinač said,  responding to the coverage by some of the Slovenian media houses.

In Slovenia, as well as elsewhere in Europe, medical equipment is a hot item on the market. So anyone who can help is helping. Among those who have already helped, is also Luka Dončić. However, the Slovenian media have made a real story out of the charitable action that was set up with Alibaba, a Chinese corporation, by the UEFA President Aleksander Čeferin. It has now turned out that the largest commercial media company in Slovenia, POP TV, was misleading the Slovenian public. The masks that came from the Alibaba Corporation did not have the required certificates for usability. And the 24ur news team was nowhere to be seen when Slovenia received the materials from the Czech Republic, Hungary, and Poland.

POP TV tendentiously reported on the large supplies of equipment from Alibaba, that have been waiting for Slovenia for ten days
Through its charitable actions, Alibaba’s main goal was to get a multimillion-euro deal with Slovenia. That is why they included Aleksander Čeferin in the story, who has been acting as a spokesman for Alibaba in Slovenia in recent days. But the truth is very different from what the Slovenian media wants to portray. “In reality, at first, Alibaba did not provide the proper certificates, and it also required a payment in advance, which is something the Government does not do, thank goodness. That is why Post of Slovenia, which is 100% owned by the state, took over the deal. But sure, let’s just trust the Chinese merchant,” Aljuš Pertinač responded to those who doubt the Slovenian Government.

Just like any other global corporation, Alibaba is only thinking about its own profits
In its original shipment, Alibaba did not provide the certificates, so their shipment was more or less useless for the Slovenian situation. Meanwhile, some of the Slovenian media outlets had already started to report that Alibaba had exchanged the necessary certificates with the Slovenian side to confirm that the necessary medical equipment is legitimate. So yesterday, they started to pressure the Government of the Republic of Slovenia – indirectly, through Čeferin and mainly on the 24ur show, to bring the masks to Slovenia as soon as possible. Meanwhile, Alibaba has said they will wait until Friday, and then they will send their shipment somewhere else.

The masks will come to Slovenia via the Post of Slovenia
Due to the complexity of the current situation in the entire Europe and the United States, the procurement of emergency medical equipment seems strangely similar to a pirate battle. In Europe, the main role of the pirate is being portraid by Germany, which has already confiscated some of the goods from the other countries. That is why it is that much more important through which channels the masks will be bought. According to Pertinač, Alibaba lied. “The masks that were donated had the necessary certificates. Now, the ones that will be purchased will have them as well. Since the country does not pay in advance, the Post of Slovenia will purchase them. What is not true is the statement that the masks are waiting for us, and we are staling,” Pertinač said. The drama regarding the purchase of emergency medical equipment and who will provide the most of it for Slovenia will likely remain a hot topic in Slovenian politics and the public for quite some time. 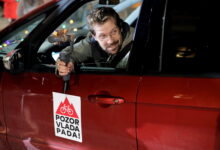 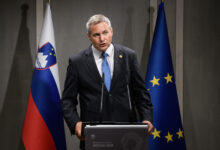 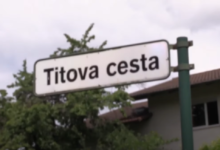 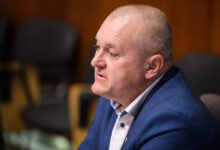