Prime Minister Janez Janša with the Chancellor of Austria, Sebastian Kurz, on the fight against coronavirus and illegal migration

Today, the Prime Minister of Slovenia, Janez Janša, hosted a working visit by the Federal Chancellor of the Republic of Austria, Sebastian Kurz, in Ljubljana. The main subjects of talks related to the COVID situation; the interlocutors also discussed bilateral relations between the two countries and current European issues. The relations between Slovenia and Austria are considered to be excellent.

At a joint press conference, following a working breakfast with the Federal Chancellor of the Republic of Austria, Sebastian Kurz, Prime Minister Janez Janša highlighted that we appreciate this visit, especially because the countries have cooperated closely together in recent months, since the new Slovenian government took office in October; moreover, Austria was an example for us in the first, worst weeks of the fight against the coronavirus epidemic. “Austria is one of the few European countries that we believed, and still believe today, is best prepared for this epidemic. To be honest, as a completely new government, we have adopted many measures following the model of Austria,” said the Prime Minister, thanking the Austrian Chancellor for the willingness “to share knowledge on how to fight the epidemic.” Janša emphasised that the coronavirus situation was the main subject of today’s talks. “The danger of an epidemic is still not over, and the big question of what awaits us during the so-called cold season still remains. The whole of Europe is still facing an increasing number of infections. We are not facing such a large number of victims or deaths as during the epidemic in the spring season, which is probably due to the fact that we have acquired new knowledge, and the measures adopted by health authorities in all countries,” said Prime Minister Janez Janša. In that connection, he announced that cooperation with Austria will be “very close”, in order to curb the spread of the virus. “We have learned from the weeks and months in spring that the cooperation of neighbouring countries is of the utmost importance. At that time, many problems were solved based on direct contact, contacts, telephone conversations, e.g. congestion at the border crossing points, transits, visits of businessmen, as well as many other open issues that arise when life is no longer the same,” said the Prime Minister Janez Janša.

During the talks, the Slovenian Prime Minister and the Austrian Chancellor also discussed economic cooperation. “Austria is high on the priority list of Slovenia’s economic partners; the third partner in the mutual exchange of goods and services; the first foreign investor in Slovenia, which is of the utmost importance,” said Prime Minister Janez Janša, adding that the Slovenian government has been drawing up debureaucratisation measures based on which the Slovenian business environment will be even more favourable for investment. “From that perspective, the strengthening of investments from Austria is even more welcomed in Slovenia,” said the Prime Minister. In continuation, Janez Janša spoke about the upcoming EU summit, which will be held with the aim to discuss a number of open, and above all, foreign policy issues. “In this regard, the talks with the Austrian Chancellor addressed the problem that we have been dealing with intensively in recent years; namely, illegal migration and efforts to achieve a more unified European approach in this respect,” said the Prime Minister, highlighting that developments in the Eastern Mediterranean could reflect in increased pressure on borders in the coming weeks. “In recent days, Slovenia has provided some initiatives on how to reinforce security of the EU’s external and Schengen borders, and above all on how to help those countries that will first experience the blow, especially Greece, if the situation worsens, so that they do not face a similar situation to the one that shocked the EU in 2015,” said Prime Minister Janez Janša.

During the talks, Prime Minister Janez Janša further highlighted the approaching 100th anniversary of the Carinthian plebiscite and emphasised that a positive and favourable atmosphere can now be felt prior to the anniversary, also due to the initiative of the two presidents. “There are still some open issues related to the status of national communities or minorities, which will be much easier to resolve in the atmosphere as it is now than as it was in previous decades, when it was less favourable,” said Prime Minister Janša. In his answers to journalists’ questions, Prime Minister Janša reiterated the importance to secure external borders and assist countries with external borders. “If the borders are well secured, there is little illegal migration and the problem is manageable,” he said, adding that assistance should be provided to countries that have external EU borders, and that they should not be left on their own, and then take secondary measures at internal borders.

He emphasised that European policy should be flexible when it comes to accepting migration, because not all European countries are in the same position. “It would be a wrong approach to start talking about how to divide quotas. First of all, we must ensure respect for the law and regulations, which is only possible by securing the external borders. In the future, Slovenia will focus its efforts on convincing our partners in Europe that this is an absolute first priority and that it is ready to actively participate in helping member states with the EU external borders,” said the Prime Minister.

In connection with the issue of combating the epidemic, the Prime Minister said that today we have a better understanding of what is really dangerous, what is moderately dangerous, what is less dangerous and what is not dangerous. “This applies to a variety of activities, including tourism. We have experiences that no one had during last winter’s season. We know what to avoid and which activities can be carried out without any serious risk or transmission of infection,” said Janša, recalling that Slovenia did not allow the opening of nightclubs, discothèques and other points that we know are the centre of the virus upon declaring the end of the epidemic.

Finally, he pointed out that in the future, public life will not be fully shut down based on individual infections. “The consequences of such a shutdown are more severe than the consequences of the low number of infections that the health systems of European countries are able to cope with,” said Prime Minister Janša.

In his opinion, however, it is best that certain measures in the area of economy are harmonised within the European Union. He highlighted that Slovenia was one of those countries that did not stop the industry during the epidemic. “In the spring, we had almost no cases of infection in the Slovenian industry, as it involves a sector that is able to organise, and which introduced, and above all respected, measures,” said Janez Janša, adding that the drop in economic activity during the spring epidemic was nevertheless roughly the same as the European average, as 80 percent of the Slovenian market are the markets of the European Union. “Any slowdowns, logistic problems on the European market, also affect Slovenia, because we form a common space, a common market; therefore, the harmonisation of measures in the economic area is of utmost importance,” said Prime Minister. “We agree with our European colleagues that even if we experience more severe wave of the epidemic we are able to control the epidemic. The key question is whether we have learned anything from the spring lesson on the epidemic. If we have acquired new knowledge and are able to adapt, there will be no need to slow down public life,” said Prime Minister Janez Janša. 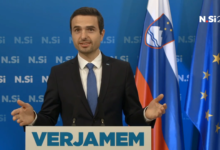 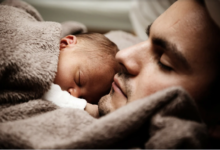 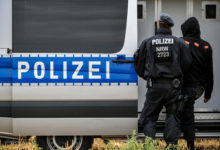 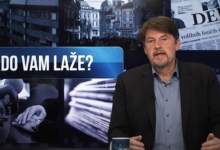