Provokers ignored the police tape in front of the National Assembly, which prohibits any gatherings in public places, and thus increased the risk of the number of infections rising again! 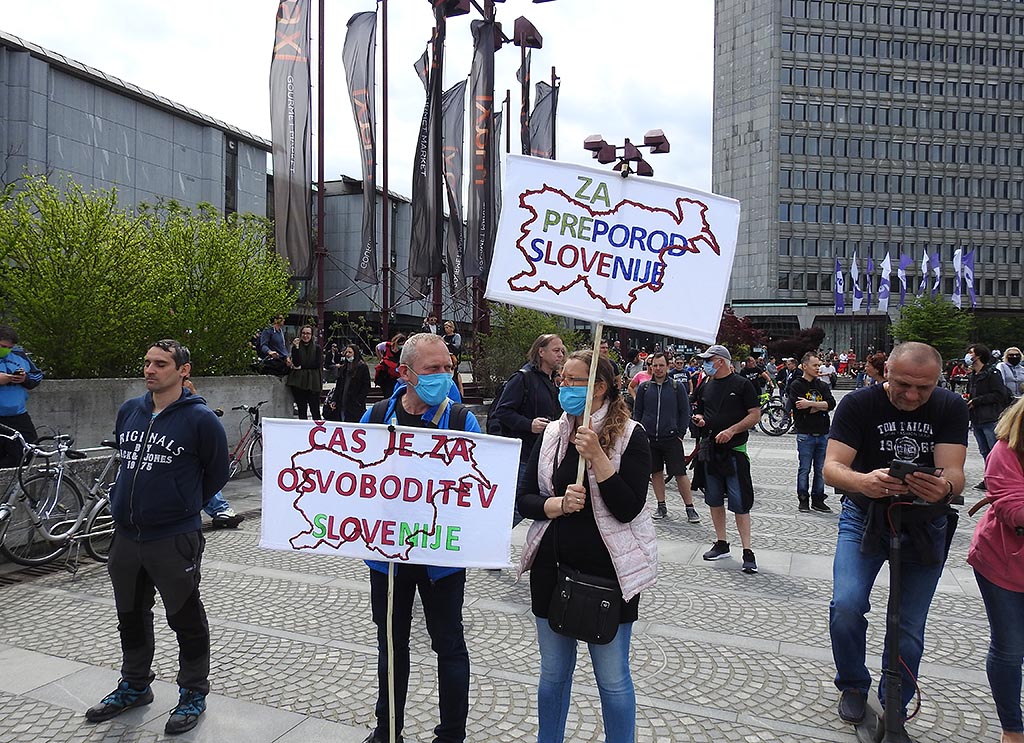 “To anyone who is wondering what the Police were doing in LJ and MB today, I would like to answer that they have written up a larger number of people gathering, who will be fined. The Police will also file criminal complaints against the organizers and the participants of the gathering, as this is a criminal offense that endangered public health. But do not expect the Police to be the source of violence!” was the Minister Aleš Hojs’s response to the protester’s actions. On Monday at noon, following the call of the OPS movement – for the Liberation, Cleansing and Revival of Slovenia (Osvoboditev, očiščenje in preporod Slovenije), the leftist protesters gathered in the center of Ljubljana, on the Republic Square in front of the National Assembly. The intention of the event was to express dissatisfaction with the current Government of the Republic of Slovenia, which is doing all that it can to limit the spread of the epidemic of the novel coronavirus, with which the protesters disagree. They think the epidemic is a farce; they even called it a “corona scam.” Apparently, only 200 – 300 people had gathered. At the event, the protesters did not wear masks and did not maintain a proper distance from one another. The Police had secured the scene with tape, but the activists tore it up, thereby violating the prohibition of gathering, which poses a high risk of further spread of the disease. Another interesting fact about the event is that there were not enough attendees, which is why strangers who were there tried to promptly recruit the bystanders. Obviously, this was not just a campaign of the Slovenian left-wing extremists, but the whole “international” got involved as well.

The OPS movement – a movement for the Liberation, Cleansing and Revival of Slovenia, has organized an event on Monday at noon, protesting the current Government of the Republic of Slovenia and its measures, intended to curb the spread of the coronavirus epidemic, which the protesters called the “corona scam.” About 200 – 300 people gathered at the event, protesting in front of the building of the National Assembly. One of them was also the well-known left-wing extremist Igor Bricelj. The speaker of the event was Ladislav Troha. Most of the people did not wear masks and did not maintain proper distance from one another.

The protesters claimed that beforehand, the rally was properly reported to the authorities, including the Police, although the Police did not want to let them on the Republic Square. At the same time, they also announced that they would gather at the University Medical Centre Ljubljana because they assume that they are infected with the coronavirus. All of the protesters were urged to cough and sniffle as loud as they can, so the Police would let them move forward. They also pointed out that the Police should be at their service, and not the politicians, as they are the ones paying for it.

The Police secured the square with tape, but the protesters tore it up, thus violating the measure which prohibits any public gathering, which means that they posed a high risk of a further spread of the disease. The activists also called for those responsible for the protective equipment affair, to resign.

One of Monday’s events was also held in Maribor. The moderators of the Facebook page in support of Ivan Gale have distanced themselves from the event, vehemently denying any involvement in Monday’s protests. Some members of the group even warned that this was a dangerous provocation.

Before the event, all participants were urged to use the roads in the forests when traveling to Ljubljana, since the parts of the motorway are being reconstructed anyway, and some parts are completely blocked. At the same time, the protesters stated that they believe they have the right to the freedom of movement and that the cops have no right to stop them.

The protesters even said that they believe that the Police officers should let them pass in any case when they explain where they are going. They claimed that they have the right to gather wherever they want. And since, according to them, the queue in front of the Ljubljana Medical Centre’s Emergency Room will be long, they will wait for it to empty in front of the National Assembly.

Since, according to them, the waiting time for the healthcare services in Slovenian healthcare is too long, they would just set up tents in front of the National Assembly and stay there for a week or two, until it will be their turn for the doctor’s appointment. By that time, all the symptoms of the “PLANdemic” or, as they call it “corona scam,” should disappear.

The protesters at the event shouted: “Down with corona, corona is fake. All of the journalists that are recording this are also part of the conspiracy.” According to the speakers at the event, the intention of the quarantine is to keep people locked up, only allowing them to see what is going on through the television screens. But it appears that the protesters did not agree on everything, as there was a dispute. Some of them were claiming they had come because of Janša, while the speaker Troha talked about Tito.

The participants even showed a bit of patriotism, as they danced to folk songs. Cultural and musical performances were also announced. The organizers of the protesters advised all employees to come to the event without any ID so that the cops would not be able to write them up, as they believed that there would be too many people there to just lock everyone up. They also advised them to act stupid, as they believe this is their right.

Uroš Lubej, who is a professor of philosophy at Gimnazija Novo mesto, even called for a coup, on Sunday. He wrote the following on Twitter: “There is only one reason to prohibit the movement outside the municipality of residence. Fear of a coup.”

The passers-by noticed that some of the protesters were foreigners. A few of them, some who do not even know how to speak Slovenian, were trying to convince people to join in, claiming that they need their help and that they should go protest in front of the National Assembly. Supposedly, they tried to get anyone who passed by the Congress Square and down Wolfova ulica, to join them. 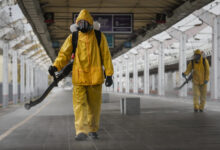 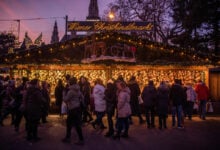 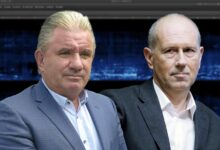 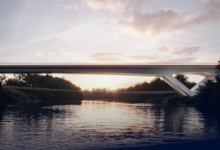