Reconciliation Mass in Kočevski Rog on the 75th anniversary of the post-war massacres: as long as the words “they should have killed more of them” are still part of our everyday life, reconciliation cannot be achieved! 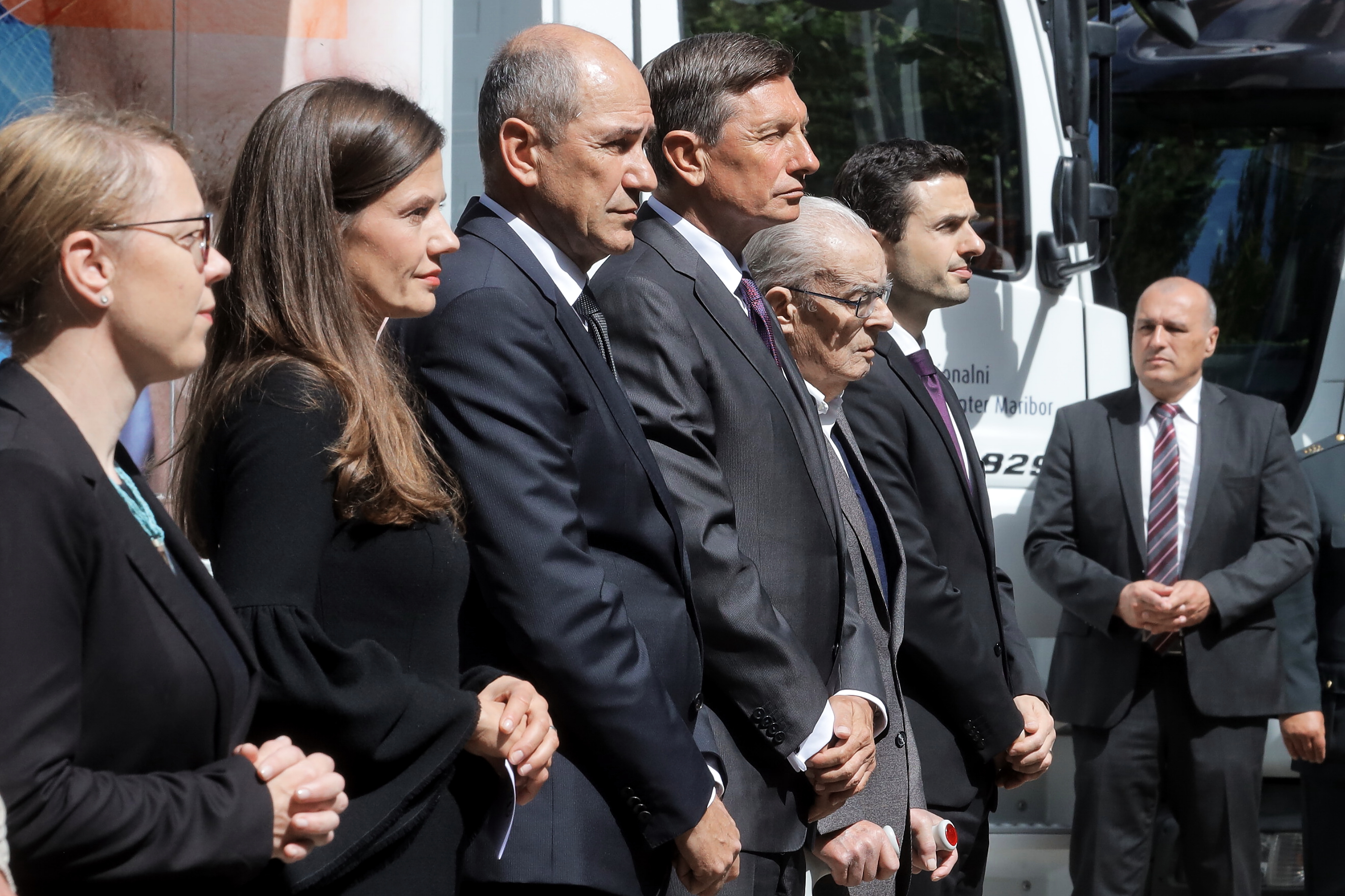 A reconciliation Mass was held in Kočevski Rog on the occasion of the 75th anniversary of the revolution and massacres, which was attended by, among others, Prime Minister Janez Janša, and the President of the Republic Borut Pahor. This year, the ceremony did not take place in the abyss below Kren, as before, as it was established that the Slovenian Home Guard were killed by the Slovenian National Army in Macesnova Gorica abyss after the war. Only the soldiers of Serbian and Croatian nationality are said to be lying under Kren.

“For many, these places are the symbolic places for all 700 places of slaughter and mass graves across Slovenia,” said the bishop of Novo mesto, Andrej Glavan. “Today, we are performing a symbolic Christian funeral of the Home Guards who died here or elsewhere. With this symbolic Christian funeral and Mass of remembrance, they are entering the public and the equality,” the Archbishop of Ljubljana, Stanislav Zore, added.

In his address, Prime Minister Janez Janša also touched on the post-war horrors experienced by his family. “On June 25th, 1945, Edvard Kardelj sent a personal dispatch from Belgrade to Boris Kidrič in Ljubljana, demanding faster cleaning or – killing. The killing intensified, and my father also found himself in a train wagon headed for Kočevje. He was not even fourteen years old at the start of the war,” the Prime Minister recalled in an emotional address.

“He was sentenced to 20 months of forced labour and was sent to a German concentration camp – Dachau, withdrew with the Home Guard to Vetrinj, was returned to Yugoslavia, and was sent to the partisan camp in Šentvid nad Ljubljano. Then, right here, near Macesnova Gorica, together with hundreds of his young, even underage peers, he had to stand in front of the machine guns without any fair judgment, and even less guilt.” And while his father managed to escape, most of the others did not. In spite of everything, the occupier at least ensured a trial; the communist gang threw their opponents into caves and abysses while they were still alive and let them die there.

“The 20th century gave birth to two great evils in Europe. National Socialism and Communism. Hundreds of millions of people have suffered from both. Slovenian people in particular, and even earlier, our fellow citizens from the Primorska region, experienced the terrors of fascism. The two great evils imitated each other and competed with each other in their atrocities. Both were genocidal,” Janša said.

And the President of the Republic, Borut Pahor, emphasized that Slovenians will have to empathize with each other’s pain. “I understand your pain. Pain for those who were slain after the war, and their relatives. Let us try to understand the pain of the Partisans and their loved ones, who are still very hurt if we try to take away their genuine patriotism and shrink them only to political revolutionaries. My parents and grandparents were also taken to the concentration camp, my nono (grandfather) was a Partisan fighter, taken to Dachau, just like, if I heard you right, your father was. The arrival of Partisans in Primorska was a great relief.”

Pahor also recalled the reconciliation Mass that took place in Kočevski Rog thirty years ago, at which the then-Archbishop Alojzij Šuštar and the President of the Presidency, Milan Kučan, spoke. “First, because national reconciliation has become a legitimate generally accepted aspiration of the people, as opposed to the silence that had reigned for almost half a century.”  And secondly, because the Mass took place only six months before the plebiscite, when the nation had, for the first time ever, been able to truly unite. “And when the hour of trial came, we defended the decision of the nation together, the sons of the Home Guard and of the Partisans.” 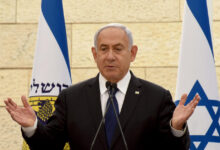 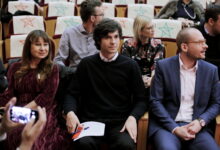 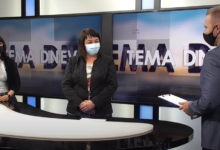