Representatives of the left opposition support the extremist, who considers the common European currency to be fascist, and at the same time advocates for the abolition of the euro and Slovenia’s exit from the eurozone! 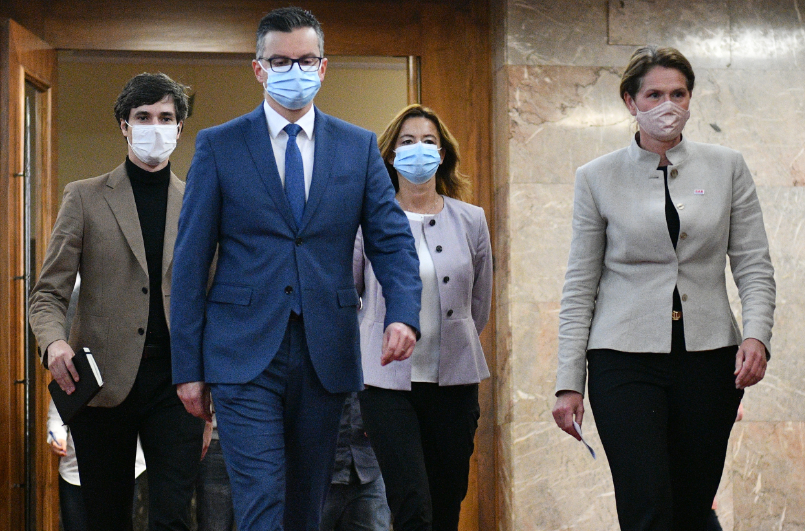 “The euro is dead. It was a big mistake. It buried European integration. If we did not have the euro and meaningless rules on fiscal consolidation, the crisis in the EU would pass quickly. The euro must be abolished in a controlled way so that there will be as few negative effects as possible,” said Jože Pavlič Damijan, a candidate for the formateur of the technical government of the left opposition, in an interview for the weekly Mladina in 2016. Moreover, on his blog he wrote that “the euro is fascist in its enforcement.” What will they say about this in the European political groups, which LMŠ (Alde), SD (S&D), SAB (Alde), Levica (SEL) are also part of, and which are very committed to the common European idea and currency?

The four Slovene parties of the left opposition (SAB, Levica, SD and LMŠ), which have supported Jože Pavlič Damijan as the formateur of the technical government, actually support the Marxist, who advocates for the abolition of the common currency and Slovenia’s exit from the eurozone. This is scandalous as all these are member parties of pro-European political groups, which all support strong EU and the euro. Interestingly, in the period from October 7, 2020, i.e. from the announcement of the candidacy for the formateur, the sentence: “Slovenia must withdraw from the euro” cannot be found in his latest blog posts, Twitter posts or interviews.

In the following, we will present some quotes and statements that were made by this Slovenian economist with controversial views in recent years. We will first touch upon the interview from 2016, which was published in the left-wing newspaper Mladina.

The euro as the original sin
In the interview, when asked “Does the euro have a future?” Jože P. Damijan replied: “The euro is dead. It was a big mistake. He buried European integration. If we did not have the euro and meaningless rules on fiscal consolidation, the crisis in the EU would pass quickly. The euro must be abolished in a controlled way so that there will be as few negative effects as possible.” When asked whether he might support the introduction of a flexible euro or national euros, he said that this would essentially mean a return to national currencies, “which means that due to the possibility of ongoing exchange rate adjustments in a crisis, countries would gain a very important instrument of economic policy, which they had lost with the euro.” As for Damijan, we also know that years ago he even proposed a “controlled exit from the euro,” opposed the participation of Hungarians in the construction of the second rail track, and unsuccessfully ran for governor of the Bank of Slovenia. He is also known to see the euro as the “original sin of all the EU problems,” which is outright scandalous. 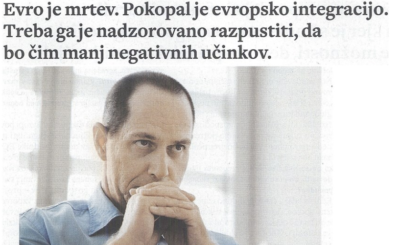 “The euro is dead”

The euro is fascist
Jože P. Damijan also showed the incredible idea of resistance to the euro on his blog. There he wrote, among other things, the following quote: “Well, I am probably quite subjective here because I believe that the euro in its current form is an unsustainable arrangement for Europe and that fiscal federalism based on the French recipe is not politically feasible, it is essentially fascist in its enforcement, which makes the path to peaceful monetary disintegration optimal.”

The euro is not working?
In another blog post: “But because the euro was based on the wrong foundations and the euro monetary integration was not been carried out even quarterly, European monetary integration cannot work. Its poor design will always produce new crises that would not exist in the absence of the euro.”

They had already doubted him at Bloomberg
Economist of radical economic ideas and planned economy Damijan, presents himself as the formateur in the so-called “constitutional arc” coalition with the support of the opposition LMŠ, SAB, SD and Levica and with the support of some left-wing academics. However, his knowledge of economics was questioned years ago in the American Bloomberg, when he ran for governor of the Bank of Slovenia. In the past, this economist declared himself as a “young economist”, an advocate of “neoliberal” economic ideas, among which he also advocated for a single tax rate for the taxation of gross wages – he sought to relieve the most productive part of the society. However, Damijan eventually moved to the other side, that is, to the side of economic networks intertwined with the politics of the transitional left. Now they want to bring him to power in order to ensure their continued existence through state affairs and to kill the rest of the economy with high taxes. 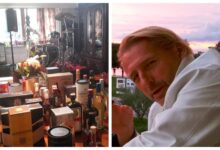 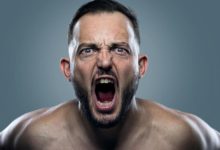 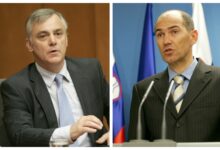