Since the beginning of the mandate of Janez Janša’s third Government, it has been obvious that the public broadcaster RTV Slovenija has put professionalism and objectivity aside. The outburst of propaganda against the new Government and its measures, bigger than anything we have ever seen before, happened despite the aggravated situation in which the lives of thousands of citizens were directly endangered due to the epidemic. Since seven councilmen have recently been replaced, the session attracted more attention than usual. A new member of the council, Slavko Kmetič, who was elected to the commission for news programmes, talked to Nova24TV about the session and emphasized that he expressed his dissatisfaction with RTV’s reporting during the last few months, as the difference in the public broadcaster’s attitude towards the former Šarec’s and current Janša’s Government is obvious.

According to Slavko Kmetič, a member of the RTV Programme Council, the session began at 3 p.m., with the introduction of candidates. This was followed by stating the rules of procedure for the elections of a vice-president and the commission members. “Then we voted for the vice president and members of the commissions. The elections are secret. We voted with a paper ballot, on which we circled the name of a candidate. Mr. Janez Juhant nominated me for the position of the vice-president. Then, members of RTV’s old structures immediately suggested Mr. Matjaž Juhart, who is a representative of the disabled and the deaf, for the same position. I received ten votes, and Juhart received 16,” Kmetič told us.

Kmetič believes that the results of the vote showed what the balance of power will be like in the Programme Council, in all future activities. “Then there were discussions about the commissions. Where there were vacancies, we filled the empty spots. For the commission for news programmes, four people signed up, Ivan Štuhec, Slavko Kmetič, Rok Hodej, and Igor Prodnik.” At this secret ballot, Štuhec and Kmetič were elected to the commission.

Kmetič expressed dissatisfaction with biased reporting
A discussion of the programme plan was then opened. “That is, about the work report,” Kmetič said, adding that the situation was found to be extremely alarming. “That is to say, the system is almost bankrupt, there are no new productions, only reruns of old shows. In the debate, we have expressed – or rather, I, personally, have expressed dissatisfaction with RTV’s reporting in the recent months of this year.” He pointed out that there is an obvious difference between RTV’s approach to reporting on the matters related to Šarec’s Government, versus on matters related to Janša’s Government. “I expressed my dissatisfaction and criticism. The others criticised financial matters. At this point, it was already 7 p.m.”

According to STA, Director-General of RTV Slovenija, Igor Kadunc, emphasized that the time of the crisis, which was caused by the epidemic, had further confirmed the importance of public radio and television. “According to him, due to the epidemic, the institution had to change its plans practically overnight, in terms of the programming scheme, as well as in terms of operations. He noted that rapid and extensive staffing and organizational adjustments were also needed. In the documentation for the session, Kadunc also assessed the impact of the epidemic on the operations of RTV Slovenija, in the first half of this year. He explained that the institution is expecting the largest loss of revenue in the field of advertising, as much as 2.9 million euros or 39 percent, compared to the proposed financial plan for the year. The sum of all external operating revenues is expected to be lower than the amount from the half-year plan, by 3.4 million euros or 5.6 percent. The assessment of RTV’s operations in the first half of the year thus predicts the final result to be 1.3 million euros worse than previously thought.”

“The session was then adjourned and will resume on Monday at 3 p.m. The seven of us who are newcomers are not the representatives of the Government in the sense of acting as a single team, only four of us actually operate in this way,” Kmetič pointed out. Next Wednesday, a meeting of the supervisory board will be held, where the financial situation will be discussed, and the matter will probably start to become clearer and will move in the direction of requiring clear management responsibility for the situation at RTV, he said.

Even though the sessions of the Programme council sometimes lasted until ten in the evening, this is no longer the case, as the rules of procedure clearly state that a session can only take place until 7 p.m. “Therefore, this was the first session at which we only managed to talk about half of the points from the agenda by 7 p.m. I spoke most of the time,” he said, announcing that the session, which was adjourned, would resume on Monday. “This happened for the first time in a four-year term. Things will be interesting,” Kmetič believes.

The National Assembly of the Republic of Slovenia appointed seven new members to the Programme Council of Radiotelevizija Slovenija (RTVS – radio and television Slovenia): Alojz Bogataj, Nastja Fledar, Alenka Gotar, Rok Hodej, Slavko Kmetič, Janez Štuhec, and Andrej Prebil, which caused quite a stir among the members of the opposition. This is not surprising, of course, given that RTV Slovenia is clearly very much in favour of the left. They were mostly bothered by the fact that Janez Janša dared to scold RTV because of its obviously biased reporting. This is clearly what happens when someone dares to speak about things the way they actually are. 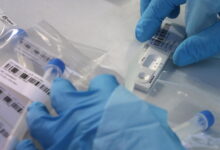 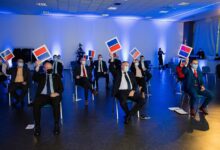 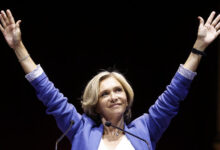 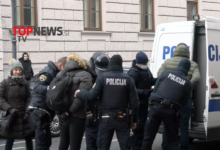