Slovenia faces a serious test of its security: Turkey will not stop exporting illegal migrants 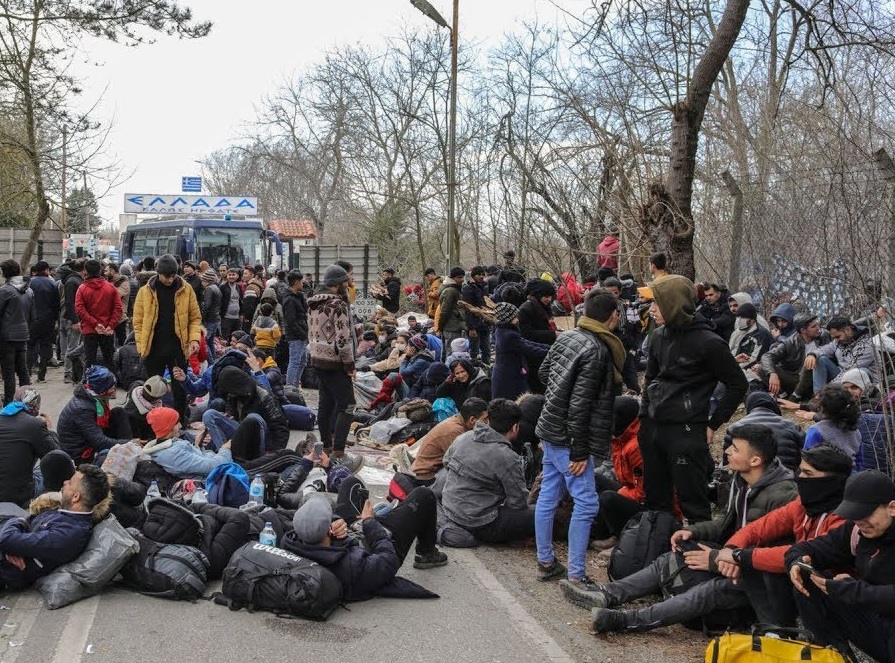 »The worst is yet to come,« threatened the Turkish Minister of the Interior, Sulejman Sojlu, adding that only today, 143 thousand immigrants have gone on towards Greece. By releasing hundreds of thousands of immigrants to go on their way towards the Greek border and continuing to engage in military clashes with the Greek authorities, Turkey’s President Erdogan continues to show everyone that the rules of NATO and other international organizations do not apply to him. »By creating a double wave, first of all, the illegal economic immigrants and then one with the growing addition of war refugees from Syria created by Turkish military actions, Turkey is threatening international peace and security (Article 39 of the Charter of the United Nations). Not to mention war crimes, such as beheading the captured soldiers of the opposing side and torture. And let’s not forget that Turkey is not exactly a model country where human rights, whose meaning and sense are being abused by the globalists, are respected,« explained an expert in international law and director of the Institute of International Law, Miha Pogačnik, Ph.D.

Alternative media in Slovenia and around the world have warned before, that Turkish President Erdogan will blackmail the European Union again, based on the fact that more than 3.6 million immigrants are being detained in Turkish migrant centers. In recent days, Turkish authorities have released tens of thousands of immigrants who are on their way to Greece, while also staging a military attack on the Greek soldiers. »Turkey has violated a number of rules of international law. A military attack in Syria is unauthorized aggression under Article 42 of the UN Charter, and what is happening at the Greek border can also be recognized as an aggression of a limited range, « Miha Pogačnik, Ph.D., an expert in international law, explained.

We were wondering which law is applicable in this complex geopolitical situation in which Greece, and consequently the entire European Union, has found itself. »When it comes to legal bases, General International Law is fundamental, as stated in the Charter of the United Nations, and as the rules of the customary international law dictate. European Union Law is a regional international law, which must be in line with the General International Law. The same goes for NATO. The Washington Treaty, which forms the legal basis of NATO, explicitly states, that it has been formed in accordance with the Charter of the United Nations, and will also be implemented in accordance with it,« Pogačnik, Ph.D., explained.

The very complicated process that has been going on between Greece and Turkey also causes problems for NATO, as two of its members have become involved in a military conflict. So we asked Pogačnik, whether NATO even has the option to intervene in the given situation. »The treaty establishing NATO was signed in 1949, so just a few years after the UN Charter was signed, and it, in fact, represents a treaty that expects the collective self-defense of NATO member states, which is permissible under Article 51 of the UN Charter. The latter defines self-defense as an inherent right, which can be implemented individually or with other members, so collectively, under certain circumstances – it must be reported to the Security Council of the UN and necessity, proportionality need to be taken into account. The treaty establishing NATO was signed more than seventy years ago, in very different times, and of course, it did not take into account the possibility of a crisis in the relationship between two members, and thus the aggravation of the situation between Greece and Turkey, which began decades ago, with the Turkish occupation of Northern Cyprus in 1974. At the time, the international community and NATO did not respond adequately to Turkey’s territorial ambitions and the act of aggression. Today, when the world is smarter, and the international relationships are different, there is an opportunity to correct this, to react right this time. NATO’s hands are tied, but not the hands of its individual members, which can react appropriately to Turkey’s actions, in accordance with General International Law. «

The defense of an EU member state against Turkish aggression and the invasion of illegal immigrants should not be a matter of question
For decades now, Turkey has been trying to become a member of the European Union. Slovenian Minister of Foreign Affairs, Miro Cerar, had added fuel to the fire when he publicly supported Turkey’s efforts at one of the international meetings in Turkey. With its latest moves, Turkey is firmly closing the doors for entering the European Union. »Turkey is not an EU member state, and given its actions, it will certainly never be able to become one, unless of course the important territories of Europe decide for this. The EU’s decision to defend its member state Greece and all EU citizens from Turkish aggression and the invasion of illegal immigrants should be logical. Of course, with the exception of globalists, who are selling the EU citizens a dangerous idea that Europe can only survive with multicultural decadence,« Pogačnik, Ph.D., stated.

In the future, Slovenia will be faced with a serious test of its security
In 2015, Slovenia failed the European security test. As one of the defenders of the Schengen border on the southern Balkan route, it sent more than 500 thousand migrants through the country, who were mostly heading for Germany and Scandinavian countries. 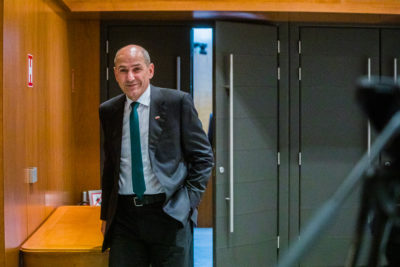 The future Prime Minister, Janez Janša, will benefit from his extensive experience on the international floor. According to Pogačnik, Janša’s new government will ensure a secure and stable situation for Slovenia, regarding the arrival of new migrants along the southern Balkan route. (Photo: Nova24TV)

Five years later, the situation is even more difficult, as in addition to the security risk, we are also at risk of a serious health crisis because of the coronavirus. In the past, we have already reported on the infectious diseases brought to Slovenia by the migrants. »This time, the challenge and danger might be similar or even greater than last time. These times we live in are not easy; they could be groundbreaking or fatal for us, these are times when individual evils suddenly become one, such as the aggression of countries and migration movements threatening the international peace and security, the economic crisis, the epidemic,« Pogačnik, Ph.D., explained possible future international situations that Slovenia will face.

Miha Pogačnik, Ph.D., is an expert in international law and the director of the Institute of the International Law. (Photo: STA)

The new government should ensure stability
Janša’s government could ensure a more secure future. »In Slovenia, we need to be aware of the seriousness of the situation and not buy into the aforementioned decadent openness to everything that appears at the borders; we need to take these things seriously and in accordance with the international law and the security needs of the country and its people. Slovenia will once again have to prove that it is a sovereign state, which controls its territory. Fortunately, a new government is forming, one that is lead by a man who has successfully protected Slovenia and its citizens once before,« Pogačnik concludes. 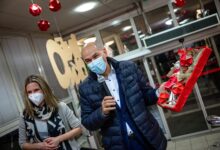 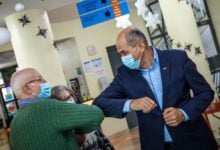 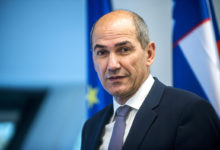 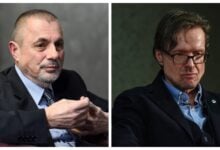 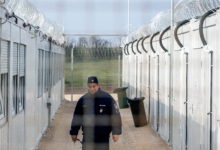 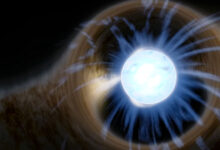 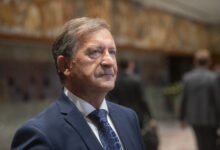