Considering that relations between Slovenia and the USA have grown cold, one would expect Slovenia to be more careful when choosing the Slovenian ambassador to Washington. It seems relations with Russia are more important, and so the Slovenian ambassador to the USA is Stanislav Vidovič. We already reported that he was a bad choice for Slovenian diplomacy when he was appointed, and he had allegedly been an employee of the Slovenian State Security Service, which is scandalous, particularly for such a prestigious diplomatic position as ambassador to Washington. During the recent visit of Jasna Murgel in Washington, Vidovič seems to have been so unprofessional that she decided to send him an official letter in which she expresses her dissatisfaction with his attitude towards Slovenian parliamentarians. The Slovenian ambassador had apparently not thought it worthwhile to meet with her and exchange positions and opinions. Žan Mahnič, the deputy of the biggest opposition party SDS (Slovenian Democratic Party) commented on Twitter that Vidovič had proved that the Government of the Republic of Slovenia had appointed an unsuitable person as ambassador to the USA. “If Stanislav Vidovič has the same attitude towards other people, it isn’t surprising that relations with the USA are getting worse and worse,” he added.

From 11 to 13 December 2017, the deputy of the Modern Centre Party Jasna Murgel attended the Parliamentary Transatlantic Forum of the NATO Parliamentary Assembly in Washington, also informing the Embassy of the Republic of Slovenia in Washington about it. Given the large attendance of legislators from NATO member states and the interesting meetings with representatives of the administration, Congress, Senate and various think tanks, which offered many viewpoints on the relations between partners in the Atlantic Alliance, Murgel was surprised that the Slovenian embassy did not think it worthwhile to meet for a short time and exchange positions and opinions.

They suggested using public transport
Murgel did say that they had not specifically requested a meeting with the ambassador or other diplomatic staff but added that they had thought it quite self-evident that the embassy would consider it a polite and appropriate gesture. The fact is that the exchange of information can only be of mutual benefit, so it is hard to understand why the embassy decided for such a move. In the letter to the ambassador, she also emphasises that she can understand that there might not have been any car available at the embassy on a Sunday, when she was there, but that she is very surprised how parliamentarians from other countries could be welcomed by people from their embassies. She also thanks them for suggesting public transport. The letter for the ambassador was also forwarded to the Slovenian Ministry of Foreign Affairs, the members of the PS NATO delegation, and the president of the Slovenian Committee on Foreign Policy, Jožef Horvat.

Whatever the case may be, it is glaringly obvious that not even the Slovenian Ministry of Foreign Affairs is aware of the cold relations between Slovenia and the USA since they believe relations between the two countries to be very good, constructive and without any outstanding issues. In this light, the government’s choice for ambassador is far from surprising. Vidovič already has a bad attitude towards the leader of the Slovenian delegation, which raises the questions of how he behaves towards others. At the same time, this is an indicator of worsening relations. Will Slovenia finally learn that Russia is not the country it needs to get closer to? 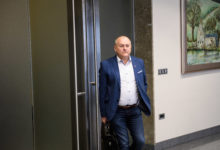 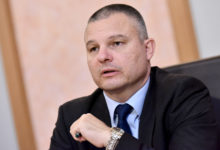 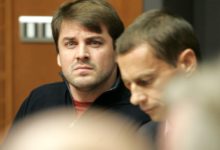 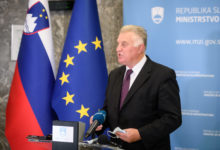 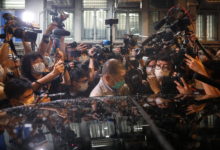 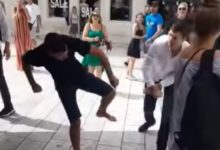 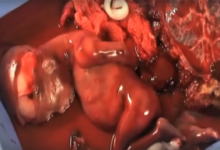 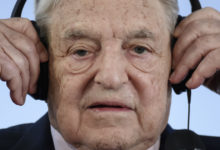