Snežič is suing Vuković, Ciman, and Modic because of an insulting article, full of lies!

Members of the company Providentia, Vesna Vuković, Primož Cirman, and Tomaž Modic, who are working for the new Necenzurirano (Uncensored) web portal, which is the latest project of the already convicted criminal Martin Odlazek, are already being sued. The reputable tax expert Rok Snežič has filed a lawsuit against the trio, who were working under the protection of Borut Jamnik at Siol.net, before going to work for Odlazek. The reason for the lawsuit is an article filled with fabrications and lies made by the trio, who, because of the sensationalistic nature of online news, simply invented their lies without any real basis, Snežič states. Since both of the alleged offenses are serious, the trio could even face prison time!

Web portal Necenzurirano, the latest project of the criminal Martin Odlazek, convicted for fraud, is being sued by the reputable tax expert Rok Snežič in a private lawsuit, for neglect and malicious intent. As we have previously reported on Nova24TV, the web portal was created shortly before the confirmation of the new Government, and was mostly intended for preserving the privileges of the deep-state journalists Vesna Vuković, Primož Cirman, and Tomaž Modic, who had previously worked together at Bojan Petan‘s Dnevnik, and were then installed at Siol.net which is owned by Telekom Slovenia, by Borut Jamnik. TSMedia director Roland Žel, who was appointed to his post by Marjan Šarec’s »shield-bearer« Damir Črnčec, has resigned last week, according to unofficial data, and will now return to his guaranteed position at the Ministry of Defence.

With the controversial article full of lies, the defendants slandered Snežič’s honor and good name
The controversial article titled »Snežič-Đuđić connection: night clubs, loans and closing down companies,« was published on the Necenzurirano web portal on February 3rd. The article is filled with lies, and in it, the defendants wrote untrue statements about Snežič, that could hurt Snežič’s honor and good name. They falsely accused him of offensive acts, and all of this was published on the web portal and done in complicity. Whether the offensive facts stated in the malicious article are true or not, can not be proved, and the defendants slandered Snežič’s good name and reputation with their actions.

In the article, the defendants wrote that Snežič was at the top of an organization that deals with illegal and unlawful practices, aimed at harming the creditors and indebted companies. The defendants accused Snežič of running a network of activities with the intent of avoiding payment of overdue obligations, emphasizing that he provided the so-called straw persons for the roles of directors and owners of the companies that were soon to be bankrupt.

Of course, none of the above is true. Snežič has never helped anyone in any activity that is or could be aimed at the detriment of the creditors of the indebted companies, nor has he ever engaged in the provision of so-called straw directors. »This is a total fabrication and a lie made by the defendants, who simply made it up without any real basis, because of the nature of online news,« he explained. As Snežič is a prominent tax expert who has, among other things, obtained the title of Doctor of Tax Laws at the Faculty of Law in Nova Gorica, the article can have negative consequences for both his business and his private life, as he is now viewed as a criminal by his friends and business partners, without any real basis. The entire article was written with the sole intent of offense and defamation of Snežič.

Both of the alleged offenses are very serious
The defendants are accused of committing the offense together, as they were supposedly consciously involved in the offense and thus made a decisive contribution to it.  The defendants acted deliberately, as they were aware of what they are doing, and wanted to do it. They were aware that their behaviour could result in a criminal offense, but they still agreed to do it. It should also be pointed out that both of the alleged offenses are even more serious because they were done online, on the web portal. 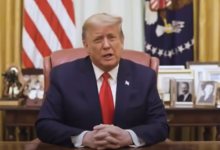 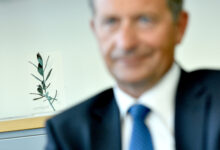