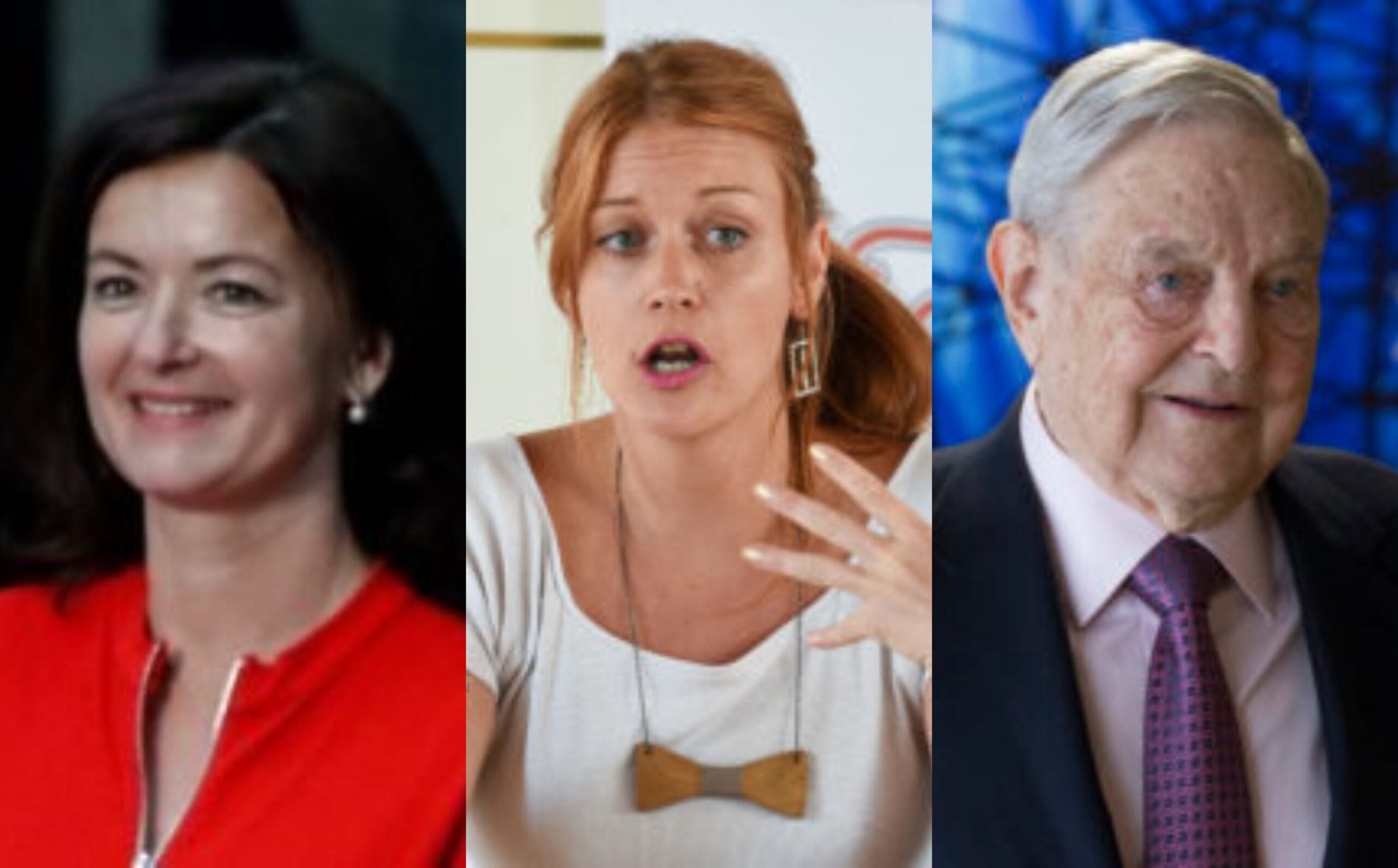 President of the Youth Plus (Mladi plus) Trade union, Tea Jarc, who is known for her connections with the financial speculator George Soros and is a great supporter of Tanja Fajon and Ivo Vajgl, which resulted in her being awarded the position of an assistant, is once again stirring the pot. This time, she is sending a politically motivated appeal to unknown individuals and trade unions via the internet, against the current government of Janez Janša, under the pretext that this is a fight for democracy and the good of all Slovenian citizens, even though it is actually just left-wing political activism. The text also contains a link to the petition and a document with demands, in which it is explained what the current government is supposed to be doing, according to Jarc, and what it is not allowed to do.

“I am sending you the attached letter and invite all unions and individuals who agree with what is written to sign it. Namely, this is an initiative of connecting the civil society and various important players,” writes Tea Jarc, who then goes on to say that they have been approached by various scientists, researchers, academics, managers, experts, mainly organized by Dušan Keber, Ph.D., as well as some organizations that have been calling on the government during this epidemic, to primarily deal with resolving the epidemic and providing all the necessary healthcare infrastructure, as well as assistance to the workers, and to pay the necessary attention to this problem.

“For now, the matter remains a bit secretive – until Monday – so at least some primary supporters of the initiative will gather, and from Monday, the matter will also be publicly available for signing by various individuals, as well as organizations and institutions.” Jarc goes on to ask any of the individuals or trade unions who would like to be among the first signatories to fill out the form, available at this link: https://forms.gle/3cW1W6qoyYRnEA3RA.

Jarc also believes that The Association of Free Trade Unions of Slovenia could also consider whether it supports this, as the matter is very constructive and professional. She says that a similar group of scientists, academics, researchers and others, just recently published some other content that could be interesting: https://www.dnevnik.si/1042941261fbclid=IwAR20EWY4onbeH_NoWY_syq4so0m_DULs__gXqwQ9tobFq8S8gEMBpBfwLoM.

Jarc also encloses a document titled: Request for the government to take reasonable action during the COVID-19 epidemic and stop abusing the epidemic to carry out ideological and party-motivated projects. The document includes allegations and demands for the government, telling it what it can and cannot do. Among other things, the document requires immediate withdrawal from the procedures of adopting amendments to the media legislation which is supposedly hostile towards the public service broadcaster; the government must also not exclude the non-governmental environmental organizations from the procedures that affect the environment; it must withdraw the proposal for huge investments in military equipment, and suspend and restore all disputed party staffing (National Bureau of Investigation, police, prosecutor’s office, RTV, cultural institutions, and others).

Jarc also expects that the government will dismiss the Minister of the Interior, Aleš Hojs, who is allegedly pushing the police officers into a growing and dangerous conflict with the people, and the coalition should only deal with the epidemic, limiting everything else to current affairs, while providing financial assistance to all workers who are unable to work during the epidemic and will therefore be left without a regular income. At the same time, the document calls for professional, credible, compassionate, encouraging, and proactive informing of the population on the course of the epidemic and requests explanations of the reasons for implementing individual measures. Surprisingly, the document is also signed by the well-known left-wing activists Dušan Keber, as well as the political cyclists Jaša Jenull and Vuk Ćosić.

How hypocritical: those who accuse the current government of urgent personnel changes stayed silent when the Šarec government carried out a personnel change tsunami
What is particularly surprising is the fact that Jarc is trying to involve the unions in this, who appear to be used for whatever interest the transitional left has, but that is not the most important part. In this short crisis period, the state has done a lot for employees, for the preservation of jobs, so we are convinced that the unions can remain calm. And one can only raise an eyebrow at the mention of “hateful media legislation” in the document. Namely, the government is striving to ensure that the public broadcaster RTV, which is paid for by all taxpayers, also satisfies our needs in terms of content and does not offer a biased, ideologically tinted programme. The mention of the so-called environmental organizations is also interesting, as they have recently stirred up a big fuss for fear of losing the abundant financial resources.

The red raiders also talk about and oppose the “huge investments” in the Slovenian army, which is also hard to understand, given the financial malnutrition of the army. The military is not an end in itself, even though it may seem so in times of peace. However, it is the army that will ensure security and peace for all Slovenian citizens during migrant and other crises.
Regarding the party staffing, all that can be said is that every government so far has carried out certain changes, but Šarec’s government was especially diligent in this area (over 200 staff changes happened during its time), but the activists who are currently writing petitions, cycling before the National Assembly on Fridays, and aggressively calling on the government to act differently, did not raise their voice in the slightest at the time of the previous government, which can only be understood as hypocrisy.

Tea Jarc: trade unionist and the former president of the Youth Council of Slovenia is the favourite of the financial speculator Soros, Fajon, and Vajgl!
Interior Minister Hojs is doing a good job, and so are the police, who are fair and always use minimal force (that is needed in a given situation); however, we could see quite a few deliberate provocations of the police by the left-wing protesters on Fridays. Current affairs were mainly a domain of Šarec’s government, which failed to do much more than that, and eventually gave up when the epidemic had to be dealt with. When it comes to financial assistance to workers who are unable to work due to the epidemic, it is important to note that the government has taken great care of this problem, so the authors of the anti-government document are advised to do a little research on what the government has already done in this area, to avoid writing nonsense in the future. We also believe that the government’s reports on the epidemic are correct, professional, encouraging, compassionate, and proactive, so we believe that the authors of the documents should have given some examples of what exactly it is that they do not like in the government’s reporting.

In the spring, the president of the Youth Plus Trade union, Teja Jarc, was already upsetting the public with her appearances, encouraging protests to overthrow the government, which was just starting its work at the time. The trade unionist is anything but an average representative of young people, as, among other things, she was previously the president of the Youth Council of Slovenia (Mladinski svet Slovenije – MSS). At that time, the organization received a grant from the infamous billionaire George Soros, which Jarc spent for the promotion of Tanja Fajon and Ivo Vajgl, under the pretext of encouraging young people to participate in the European elections. After the election, she was even rewarded for her intervention, with a well-paid assistant position. In the past, the salaries of the leading trade unionists have attracted a lot of attention in Slovenia. Under the pretext of representing the interests of workers, they are actually promoting the agenda of the left-wing political parties. Therefore, we also sent a question to the Youth Plus Trade union, asking about the income that Jarc receives! 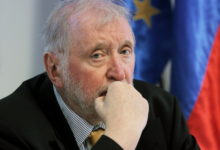 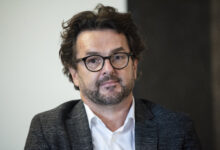