The defendant judges in the Patria case: Chief Justice Đorđević succumbed under pressure from Masleša; Matoz: a tragicomedy that is clearly becoming a series

Janez Janša has filed a lawsuit for damages against the former State Prosecutor Branka Zobec Hrastar and the judges Barbara Klanjšek, Milan Štrukelj, Vesna Žalik, and Branko Masleša, as well as the state. (Photo: archive of Demokracija)

We have already reported on the fact that the former President of the Supreme Court Branko Masleša, the former judge Milan Štrukelj, and judge Vesna Žalik, all known from the politically motivated and shameful trial in the Patria case, are making a lot of effort to make sure that their “home,” the District Court in Ljubljana, would me making the judgement in the compensation lawsuit against them and some others, which was filed by Janez Janša. Namely, they are doing their best to prevent the District Court in Celje from deciding on Janez Janša’s lawsuit against them and the others. And it seems that the vice-president of the Supreme Court Miodrag Đorđević will fulfill the wish of the defendants, as he decided, based on the proposal of the defendant Branko Masleša, to exclude the President of the Senate, Chief Justice Rudi Štravs from the senate which will decide on the possibility of changing the court in which the trial will take place. However, Masleša did not find the fact that the Supreme Judge Ana Božič Penko will be involved in the trial as the rapporteur and Karmen Iglič Stroligo as a member of the senate, controversial in any way.

Štravs supposedly “repeatedly made untrue and insulting allegations about Masleša through various media outlets, mainly about his conduct as an investigating judge in 1982 and 1983, and severely disqualified him personally.”

Something to consider here. Namely, in the early 1980s, Rudi Štravs was a judge in the civil division of the then-Basic Court in Koper, where Masleša was a criminal judge. Years ago, Štravs revealed how, on a summer day in 1982 or 1983, Masleša came from a visit to a fugitive, across the Yugoslav-Italian border, and talked about how a soldier shot someone, with a very accurate shot to the forehead.

Let’s recall
Some time ago, the President of the SDS party Janez Janša filed a lawsuit for damages against the judicial actors in the Patria case, where both he and the SDS party he leads, suffered great moral and material damage. We know that Janša was unjustifiably sent to prison as part of the Patria trial, which happened only three weeks before the 2014 parliamentary elections.

Janez Janša has filed a lawsuit for damages against the former State Prosecutor Branka Zobec Hrastar and the judges Barbara Klanjšek, Milan Štrukelj, Vesna Žalik, and Branko Masleša, as well as the state.

The second lawsuit in the Patria case was then filed by Janez Janša, and in the District Court in Ljubljana, it was once again assigned to the same judge as in the SDS lawsuit, so the judge, for which the High Court had previously found that the trial she led, was biased. Therefore, it is logical that the Matoz Law Firm from Koper, which represents Janez Janša, proposed to the court the transfer of the decision-making powers in this lawsuit as well. In doing so, they followed the decisions of the High and Supreme Courts from the first lawsuit, that is, the SDS lawsuit.

In the case of Janša’s lawsuit against the six, the law firm Matoz proposed the transfer of decision-making from the Ljubljana to the Celje District Court. The Supreme Court granted the motion. Then three of the six, namely Branko Masleša, Milan Štrukelj, and Vesna Žalik, appealed against the decision of the Supreme Court of the Republic of Slovenia and demanded that two Supreme Court judges, Rudi Štravs, M.sc., and Jan Zobec, be excluded from the decision-making procedure on the transfer of jurisdiction, due to their alleged bias.

The three defendants in the Patria trial thus insist that in their case, the trial must take place before the District Court in Ljubljana. Apparently, they have a great interest in the trial taking place on the grounds of Branko Masleša, where he previously worked locally and undoubtedly had a direct influence.

It seems that the President of the High Court in Ljubljana, Anton Panjan, is also trying to help them with all of this. Namely, at the suggestion of the defendants – Štrukelj, Žalik, and Masleša – he ordered a review of operations. The investigation even went so far as to forensically investigate the court’s entrance stamps and incoming mail in court. But all of it was in vain, as they found nothing. 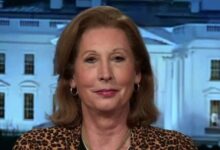 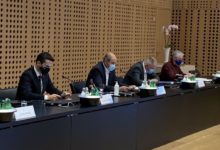 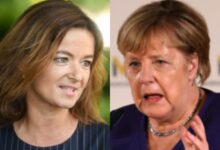 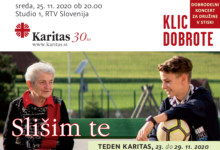