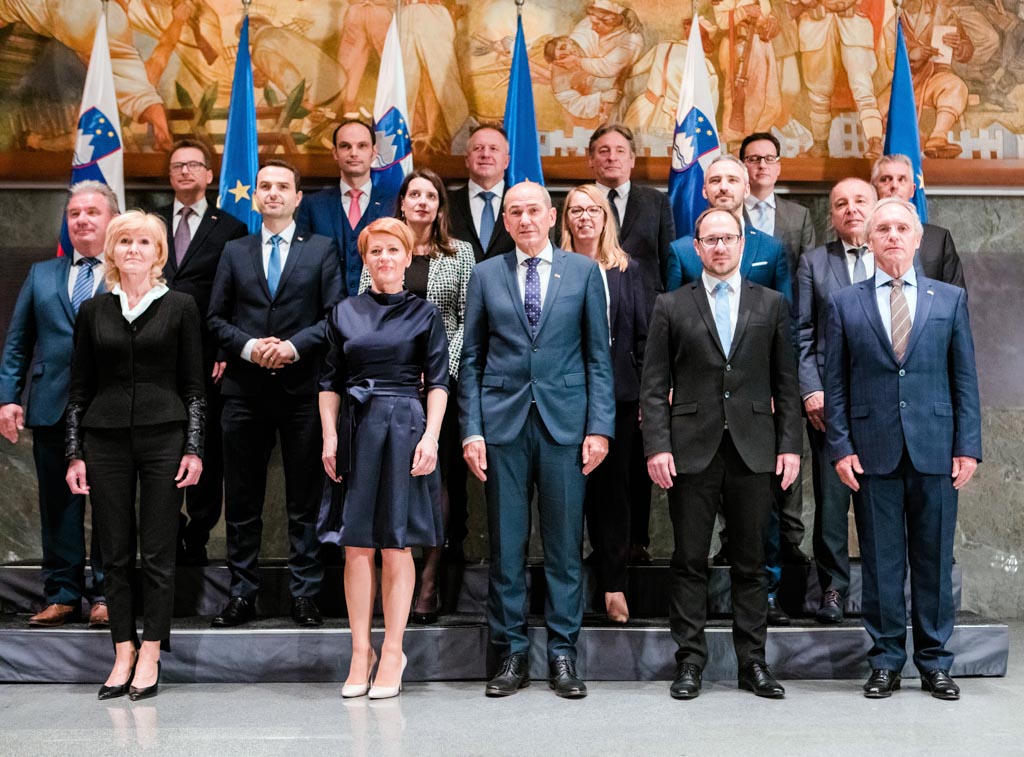 Right at the beginning of its term, on March 13th, 2020, the government led by Prime Minister Janez Janša, has found itself in one of the worst situations we have ever had to face in the times of independent Slovenia. The coronavirus epidemic changed the rules of the game (read: life in Slovenia), so the government had to react quickly and urgently. One of the first steps was the establishment of a consultative government body for the implementation of the government measures intended to mitigate the consequences of the COVID-19 epidemic, under the leadership of the former Minister of the Economy, Matej Lahkovnik, Ph.D.

A few weeks ago, the Government of the Republic of Slovenia adopted the fourth anti-Corona legislative package (ACP 4). The main measures brought the possibility of extending the measure of temporarily being laid-off, determining and paying compensation for quarantine, financing for additional staff in social welfare institutions in the public network and the Employment Service, and introducing a mobile health protection application for informing the users when they come in contact with someone who is infected. “The fourth anti-corona legislative package is prepared. The temporary layoff measure is working, so we are extending it. We have promised and are implementing the funding for additional staff in nursing homes. Proud to do good – for everyone. Together, we can make it,” Janez Cigler Kralj, Minister of Labour, Family, Social Affairs and Equal Opportunities wrote when the measures were adopted.

In July, the government then decided to allow for a measure of partial reimbursement of wage compensation for more than 373,000 workers who were temporarily laid off, under the leadership of Minister Cigler Kralj. With this measure, the government will save jobs and prevent layoffs in the future. The measure, which is being extended until the end of August, following the government’s decision, will help 66,000 eligible employers who have not been able to provide full-time work for their employees. According to the Bank of Slovenia’s macroeconomic forecasts, this measure alone prevented the unemployment of 47,000 to 93,000 people. Following these successes, even the left-wing opposition is left breathless.

Since July 10th, the Government of the Republic of Slovenia has paid 242.5 million euros to the Employment Service of Slovenia
According to the Minister of Social Affairs Janez Cigler Kralj, the current government has been paying compensation for the workers who have been temporarily laid-off due to force majeure, since July 10th, and has thus far paid 242.5 million euros to the Employment Service of the Republic of Slovenia. At the time of the adoption of ACP 4, the government provided an additional 31 million euros for institutional protection. The money provided is important because it was mostly the elderly who fought with COVID-19. There are currently around 20,000 residents living in nursing homes.

Money will also be provided for additional staff in social welfare institutions
Based on the professional recommendations prepared by the National Institute of Public Health, the Minister of Health, Dr. Tomaž Gantar will prescribe the distance and duration of contact between the users that the application will record. This means that the application will not record contact with users of the mobile applications who will randomly be passing by, or users who will be at least one hundred meters away, for example, but only with contacts for which, according to the professional starting points, the distance between them and the duration of contact are considered to pose a risk of infection.

Quarantined workers who are unable to work from home are entitled to salary compensation
The adopted law contains some amendments that are supposed to ensure better and more effective control over the measure of reduced working hours and temporary layoffs. In addition, the adopted law also seeks to mitigate the effects of quarantine imposed on an employee, when the employer cannot avoid the absence of a worker, who is unable to work and cannot be ordered to work from home, but the employer must provide compensation for his salary under labor law, for the time of his absence. Thus, the adopted legal measures enable employers to claim a refund of the wage compensation in these cases as well.

The National Assembly has adopted the urgent measures to alleviate the problems of the employers and employees, and upgraded the already adopted measures in the field of assistance for the economy
On July 9th, 2020, the National Assembly approved the proposal for the Act on Intervention Measures to Prepare for the Second Wave COVID-19 (ACP4), with 50 votes in favour. The aforementioned law replaces the already adopted ACP3. ACP4 extends the duration of the measure of partial reimbursement of compensation for workers who are temporarily laid-off, until July 31st, 2020. The government may decide to extend the measure, for a maximum of two months before its expiration, but not for longer than until September 30th, 2020, they wrote in a press release.

However, as stated above, the government is continuing to monitor the day-to-day situation and is extending the validity of the most urgent measures in order to help both the employers and employees in the economy sector. The results are visible and can easily be proven, regardless of the daily negative campaigns in the major Slovenian media outlets. The numbers that show how many people have been saved, and whose lives have been made better by these measures during and after the epidemic, do not lie.