The petition in support of the Slovenian government was signed by more than 100,000 people

The petition, in support of the government, with the first signed by Aleš Primc, has so far been signed by more than 100.000 people. (Photo: Demokracija)

In support of the government, a petition entitled “We need a government that knows and can – and such a government needs us!” So far, more than 100.000 people have signed it. In the petition, its first signatories (Aleš Primc, Gorazd Pučnik, Simona Purkat, Tone Kuntner, France Cukjati, Metka Zevnik, Ciril Zevnik, Janez Juhant, Andrej Aplenc, Matevž Tomšič and Jože Rant) state, that the government has successfully tackled the epidemic and that they had done very much for the common good in two months.

In their opinion, the government helped Slovenian healthcare quickly and effectively in extremely difficult conditions, they purchased emergency equipment that was not available, implemented all the necessary security measures and took urgent measures to alleviate the social hardships of citizens and the economy. “With the great sacrifice of the government, health workers, civil protection, police, army, tradesmen and other employees and taking into account the government’s instructions by the vast majority of citizens, Slovenia is one of the most successful countries in the European Union, in the fight against coronavirus.”

However, the signatories warn us that the fight against the new coronavirus is far from over. “In the coming months, Slovenia urgently needs, more than ever after independence, a capable and strong government that will effectively and prudently deal with the insidious epidemic and effectively and jointly address its difficult social and economic consequences.” It is essential that the incompetent opposition parties LMŠ, SD, Levica and SAB, their state-funded satellite organizations and the largest media, want to prevent the normal functioning of the state, in times of crisis, with lies, incitement and public provocations. We, the citizens, stand up for the Government of the Republic of Slovenia, by thanking it for its achievements so far and massively publicly supporting it in its further operations. From the continuation of our mass support of the government and our life in the difficult times of the epidemic and immediately after, depends to a large extent.”

Upon signing the petition, it is also possible to confirm participation in mass all-Slovenia rallies, which the authors of the petition, intend to prepare as soon as the health conditions allow them. You can sign the petition in support of the government on the website http://24kul.si/ , you can also find a form there, which you can sign and send to the address: Združeni za Slovenijo, p. p. 2056, 1001 Ljubljana. 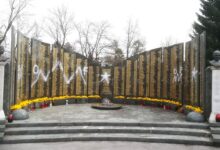 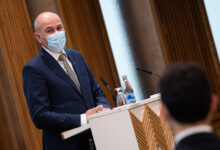 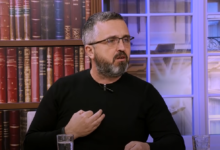