These are Goran Klemenčič’s sins. Will he be removed from his ministerial position on Friday? 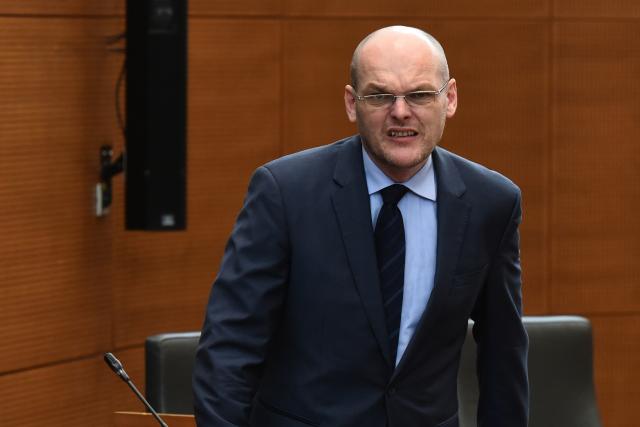 Friday is the day of the interpellation of the Slovenian justice minister, Goran Klemenčič, due to his deception of the public about his actions at the Commission for the Prevention of Corruption (CPC) in the investigation of transfers of €1 billion of Iranian money at NLB, which was investigated because of a suspicion of money laundering, the financing of proliferation, i.e. the purchase of weapons of mass destruction, and terrorism as well as other actions, and due to the minister’s views while performing his political function which have resulted in the public distrusting the function of the minister and judicial institutions.

As another reason for the interpellation on work and responsibility, Klemenčič has also been criticised for not drafting a justice legislation that would enable a comprehensive reform of the judiciary and other necessary changes which would bring the Republic of Slovenia closer to the values, norms and standards of the European Union.

“The minister of justice grossly misled the public with claims concerning the notification or criminal charges that the Commission for the Prevention of Corruption (CPC) had forwarded to competent authorities in the case of the suspicion of money laundering at the NLB bank. In fact, the protocol was seriously violated. This was one of the key reasons why the investigation of this case ended unsuccessfully and later without a report to the prosecutor’s office, which is another story,” was the clear statement from SDS deputy Branko Grims, who at September’s press conference presented an interpellation on the work and responsibility of justice minister Goran Klemenčič.

Justice minister’s statements and actions are very telling …
Grims said that we probably all remember very clearly that in the middle of June the Slovenian minister of justice had said the following: “I believe that in 2011 we were informed of the matter through a whistle blower with some secret document of the Bank of Slovenia, which we also forwarded to competent authorities in the form of a notification or criminal charges.” Grims explained that the minister of justice had later presented his statement in even greater detail. “But when we examined matters more closely, we found that there was a special agreement about cooperation between the CPC and the police in the area of preventing corruption that had been signed on 6 January 2010, and at least three articles of the agreement had been violated: articles three, eight and nine. Among other things, these articles determine the transmission of documents according to provisions of the Criminal Procedure Act, direct electronic communication, and the appointment and exchanging of contact persons to whom the commission can then refer matters. At the same time, the commission must inform the General Police Directorate when it does not refer matters directly to them. If the CPC had sent the document according to this agreement, the document would have had evidential value in the subsequent investigation,” said Grims.

He continued that paragraph six of the unanimous conclusions of the Commission for the Supervision of Intelligence and Security Services (KNOVS) concerning the “special police report in the case of the proliferation, money laundering and financing of terrorism – the Farrokhzadeh and NLB case” says the following: “KNOVS was surprised by the actions of the CPC in the particular case. They had received a document from a whistle blower in the Bank of Slovenia which had indicated the suspicion of money laundering. The CPC had assessed that they are not competent in this matter, so they had sent the document to the police (National Bureau of Investigation) through informal channels. Before that, they had adjusted the document with the intention of protecting the whistle blower. Moreover, they had not forwarded the notification of the criminal offence to the police according to provisions of the Criminal Procedure Act, which is required by the agreement between the CPC, the ministry of interior and the police of 1 June 2010, but handed the document to an employee of the National Bureau of Investigation, instructing the employee to submit it to the police, whereupon all trace of it had been lost. The CPC acting in violation of the applicable agreement between the CPC, the ministry of the interior and the police of 1 June 2010 constitutes an infringement of the formally defined actions of official institutions.” The SDS deputy said that this conclusion had been adopted unanimously at KNOVS, and it had been provided in this form based on transcripts and attached documents. It had then been unanimously approved at a session of the National Assembly of Slovenia.

Klemenčič’s action corresponds to definition of corruption according to law
“Referring to a lack of competence as an excuse for an obvious breach of protocol casts an additional shadow on the integrity of the actions and statements of the current minister of justice. From at least two inquiries of the CPC at the time and also from the statement of the minister at a KNOVS session, it is clear that they knew that there were reasonable grounds for suspecting a criminal offence and therefore the obvious corrupt actions of those responsible who had abandoned their duties, which is the definition of corruption,” said Grims. He also added that, with his actions, the minister of justice had abandoned his duties as well, so his actions also seem to correspond to the definition of corruption according to the law, which says that corruption describes every breach of duty by official and competent persons in the public and private sectors as well as the actions of persons that are the initiators of breaches or persons that can benefit from the breach due to a directly or indirectly promised, offered, given, requested, accepted or expected benefit for themselves or someone else. “This is the first paragraph of article four of the Integrity and Prevention of Corruption Act,” Grims pointed out.

Promises were not followed by actions
When he assumed the position, Klemenčič promised to introduce extensive changes in the Slovenian judiciary that would have led to the resolution of systemic strategic issues, which includes the structures of the judicial system, but the reality has been completely different as the minister has never implemented any key changes. Ever since he assumed the ministerial position, Klemenčič has been acting arrogantly and in an exclusionary manner towards representatives of the part of the profession that is trying to create a Slovenian judicial system which would ensure respect for values, norms and standards that would put Slovenia on the European path. It is glaringly obvious that he prioritises ideology and solutions that are ideologically and politically motivated, which prevents him from drafting a judicial legislation that would enable critical reforms.

The Janković matter concerning the exclusion of evidence in the pharmacist case, in which Ljubljana “sheriff” Zoran Janković got a female pharmacist a full-time job in exchange for sexual services, has shown that there are first-class and second-class citizens in Slovenia, and the latter can even have their house taken away from them and sold at an auction for €200. Klemenčič, as minister, is definitely objectively responsible for the misconduct of the judiciary, which is of course among the additional reasons to dismiss him from his ministerial position. 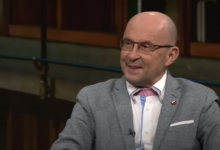 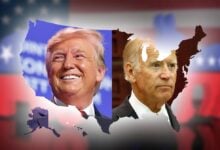 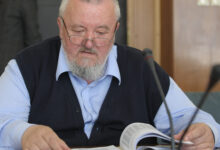 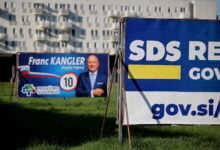 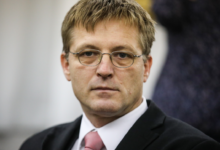 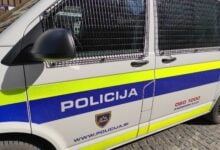