They have not even formed a government, and they are already clashing: Miha Kordiš from the Left calls Židan a sell-out party leader! Will Slovenians get the most unstable government in the history of Slovenia?

There is no sign of a stable government, except in the case of a repeat election. After New Slovenia (NSi) announced that it is withdrawing from the coalition negotiations led by the List of Marjan Šarec (LMŠ), panic broke out. We have already written about possible scenarios, e.g. a minority government in which Šarec could be prime minister with support from the Left party. Unfortunately, the Left and Židan’s Social Democrats (SD) are at war and publicly insult and criticise each other. Kordiš even labelled Židan a sell-out party leader and Židan’s SD a sell-out party. If these are their relations even before the government is formed, how do they intend to work together for the good of the country and form a stable government? But SD and the Left are not the only ones in a dispute, the former coalition partners cannot stand each other either.

After withdrawing, NSi said that the main reason was the fighting between the former coalition partners, with the greatest tension existing between SMC leader Miro Cerar and SD leader Dejan Židan. This already shows the situation between the parties which want to form another coalition. When he resigned as prime minister of Slovenia, Miro Cerar himself said that “different groups only see themselves and what they think is right, everyone only demands what they want, even coalition partners” – he of course referred to Židan and Erjavec, who would now like to “cooperate” again.

Former coalition partners are on bad terms
The collapse of the previous government, which was made up of SD, DeSUS and SMC (all of them now want to “cooperate” again), showed how unstable it had been – after the collapse, all three coalition partners hindered and blamed one another for failures of the former government. Cerar said that during its whole term SMC had to deal with severe falsehoods, especially from its coalition partners. “Instead of helping us, our coalition partners hindered us, which is verifiable,” he said. And now Šarec wants to form another government with the same people (even though these three have already proven unsuccessful), and he would also add Bratušek and Luka Mesec’s Left, which has completely different views than all the others. If they were unsuccessful in the previous government, they will not be successful with these “additions”.

The Left and SD cannot stand each other either
If the past shows that the former (and potential future) coalition partners are at war, the following shows that the Left is also at war with Židan. Even though the youth section of SD (Mladi Forum) invited the Left and wrote that “now everything depends on their friends in the Left party, who need to take responsibility and help form a centre-left government”, they are publicly criticising each another. Židan reproached the Left for subjecting Anja Kopač Mrak to what he believed was unfounded criticism, and Miha Kordiš from the Left responded harshly to this. He accused Židan of being a “sell-out party leader” and said that the same is true of the SD party. He also listed Mrak’s failures, e.g. brain drain, causing poverty and protecting capitalists, and asked Židan whether these are really unfounded criticisms. It is obvious that these parties cannot stand each other, so how could their “cooperation” after the formation of a Slovenian government bring success?

But despite such bad and unstable relations, the transitional left is prepared to do anything to prevent a repeat election since they know that Janez Janša would get even more support because of their “performances” and thus frustrate their plans. Therefore they are trying to form a government by any means. An extremely unstable period lies ahead. 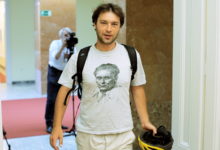 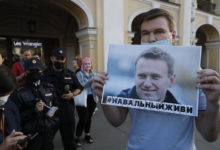 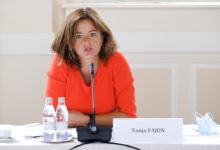 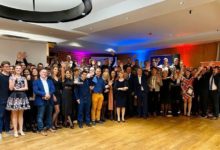 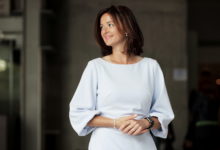 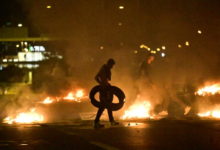 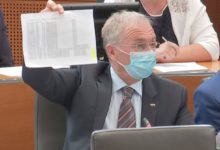