This is how Mladina perceives the situation in Slovenia: there are no high taxes, wages are not taxed heavily, the number of migrants is not significant and there is no large public sector

The Mladina magazine makes sure not to disappoint its readers. After the fiasco with queues in health care and the shocking statement that Slovenia does not need its own army, the editor-in-chief of Mladina, Grega Repovž, wrote an editorial in which he, while mentioning Borut Mekina’s intention to write a personal letter to Marjan Šarec as an article for the magazine, notes that Slovenia does not have high taxes or heavily taxed wages, there is supposedly no large public sector, and people are just imagining all the illegal migrants. You heard right.

According to Repovž, the Mladina journalist Borut Mekina wrote an article this week titled “Kaj želimo od nove vlade” (What we want from the new government). He decided to write it in the form of a personal address to Marjan Šarec, whom the Mladina magazine sees as the most likely person to obtain the mandate. This is not surprising given that Mladina is extremely hostile towards Janez Janša, so they could not have been happy when they learned that Janša was the winner of the election.

Repovž is convinced that Slovenia does not have high taxes and that wages are not taxed heavily, but the fact of the matter is that there is a high taxation of labour in the current tax system, which affects the non-competitiveness of the economy, and there are also “remnants” of taxes introduced during the crisis. Slovenians also suffer due to a too demanding bureaucratic system and a financial administration that acts punitively, not educationally. Thus it is no wonder that there are new entrepreneurs who initially lack the money and knowledge to observe the required regulations.

Number of employees in public sector has increased
Even though Repovž is convinced that Slovenia does not have a large public sector, publicly available data from the Slovenian Ministry of Public Administration show that the number of employees in the public sector increased by 10,000 between December 2015 and October 2017. There is still too much bureaucracy in the public administration in Slovenia, and there is a lack of qualified staff, clear objectives and performance criteria.

They believe data on the increased number of illegal migrants is misleading
Just a week after the parliamentary election, news in the media landscape changed drastically. The mainstream media, who had been closing their eyes to the massive incursion of illegal migrants to Slovenia throughout the election campaign, finally recognised the truth. After the victory of the Slovenian Democratic Party, they saw the light and started reporting real facts. But the same cannot be said about Mladina. They believe that “the Ministry of the Interior led by Vesna Györkös Žnidar are ringing the alarm bell, and the right and the media are participating”. They seem to be the only ones who cannot accept that the flow of migrants towards Europe is increasing. Military intelligence services are reporting frightening data which show that this year 20,000 migrants are expected in Greece alone. The total number of people who wish to enter the territory of the European Union would thus exceed 65,000. The situation is particularly worrying in Bosnia and Herzegovina, where there are numerous migrants whose goal is Slovenia.

“The damage we suffer due to policies based on these stupid ‘eternal truths’ is impossible to estimate,” Repovž writes in the conclusion of the personal letter. It makes one wonder how it is possible that the Mladina magazine and Repovž are in the same country as everyone else given what they write and claim. It is as if they lived in their own world. Has Mladina started to lose all perspective? 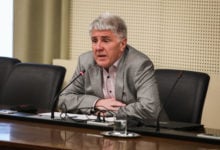 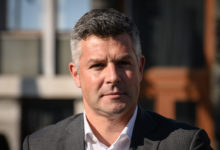 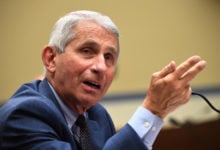 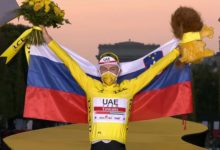 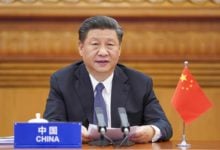