Under these circumstances, mass protests are actually protests against common sense 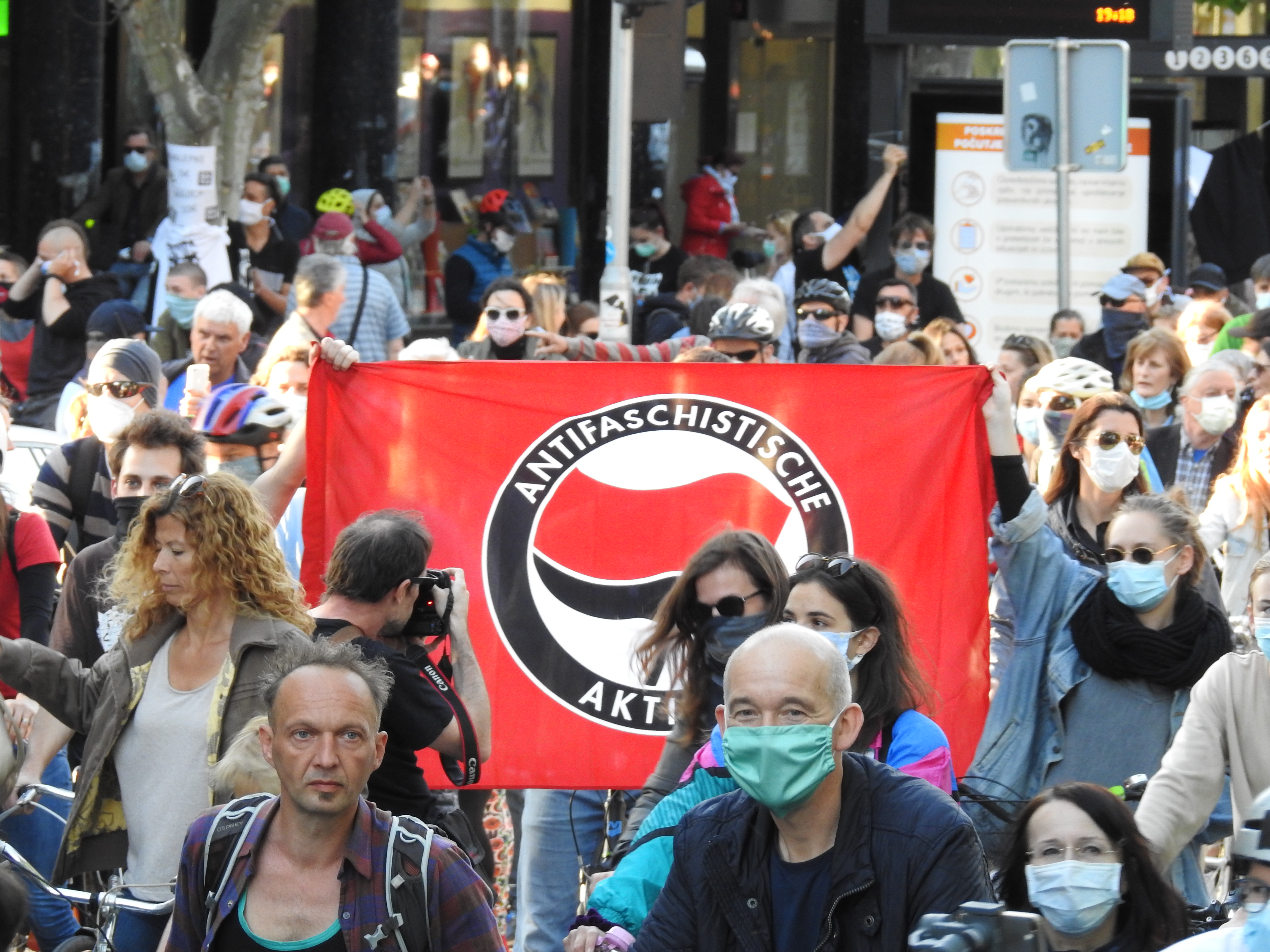 Friday’s cycling protests, which could also be called protests against common sense during the epidemic of the novel coronavirus, as the experts have pointed out, had come and gone in a few of Slovenian cities. According to the Police, around 5,500 cyclists gathered in Ljubljana, a few dozen in Maribor, where they were even booed, and in Koper and Celje, the number is so small, it is not worth mentioning.

Among those who had called for protest and were also the silent organizers, were the political parties Levica, SD and LMŠ, whose deputies obstructed the meeting of the committee (by leaving), where a discussion was going on about the procurement of protective equipment. Rather than doing their job in the parliamentary hall, they chose to wander the city streets.

Some of the non-governmental organizations also joined in on the cycling, and migrants were also spotted, riding expensive bicycles. Yesterday’s protests passed peacefully; the Police monitored the entire event closely; in some places, they even used cameras. In Ljubljana, a Police helicopter was also in the air. Therefore, the number of participants, according to the Police, is significantly more credible than the statements of the so-called organizers, who claim that around 20 thousand people joined the protests.

How many violations or criminal offenses were detected by the Police, is not yet known, but they have assured everyone that they will take appropriate action. The epidemic is still not over, and the ban on public gatherings is still in force. This is also the reason why there was no official “organizer” of the event, as some television stations reported on Friday night.

Representatives of the first-class leftist elite and a spit in the face of all doctors
At the same time, Jaša Jenull was mentioned as the leader of the protesters, about whom Božidar Novak, who is very familiar with the situation, wrote on Twitter that he lives in a villa on Slovenska cesta in Ljubljana with his mother Jožka Hegler, the Director of the Ljubljana Housing Fund, and his father Hinko Jenull, a public prosecutor. “Jaša Jenull is 38 years old and is the owner of the KUD Ljud association,” Novak added.

A lot of questions have been raised regarding the transmission of the novel coronavirus. A well-known journalist Igor Pirkovič posed the following question on Twitter: “What if there was a person infected with the virus among the crowd?”

And the journalist Mitja Iršič, who knows the situation in China very well, because he worked there until recently, wrote: “Thank you for staying at home. Nothing seems worse to the extremists on the bicycles than being ignored. Their aim was to provoke a reaction from the Police or the pro-government protesters, and then to report on the repression of Janša’s regime against the working people through the well-known European channels.”

And a Twitter user with the pseudonym Furious Pensioner (Besni Upokojenec) wrote: “Healthcare workers at the University Medical Centre Ljubljana are already ‘looking forward’ to more work and the isolation from their families that will follow. The consequence of the actions by the irresponsible residents of Ljubljana will be an implementation of stricter measures in 14 days, renewed restrictions, full hospitals and morgues, the second wave of COVID-19.”

Professor Matej Lahovnik, Ph.D., pointed out: “108 vaccines for the coronavirus are being tested, but a suitable vaccine will only become available for wider use in a year, or even later. So under these circumstances, mass protests are actually protests against common sense.”

Twitter user Carin wrote: “This is not a protest against the Government of the Republic of Slovenia. It is a direct spit in the face of the doctors and nurses working in hospitals, as well as the teams in nursing homes who have been sweating in their protective suits for the last two months. Because of the protesters, they will sweat even more, under the circumstances and the heat that is coming.”

Gal Kušar wrote: “How does a doctor who, let’s say, moved into an RV in order to protect his family during the epidemic, feel when watching today’s protests? And many other healthcare workers, who have been living separate from their families, so as not to endanger them … Hats off to them, and a sincere thank you!”

Primož Bohinc wondered: “Did the Levica party buy the bikes for the migrants who, according to some information, were just cycling around LJ, or did they steal them? I’m just wondering because someone from the center told me that some strange guys at the protests are riding on bicycles worth more than 1000 euros.”

The well-known journalist Bojan Požar wrote: “The citizens of the unfortunate Italian city of Bergamo, a city-victim of the coronavirus, demand that the authorities take responsibility for not imposing restrictions on movement and a quarantine sooner, but in our country, people are cycling in protest of the Government which has introduced such restriction on movement – do they want there to be more victims…?!”

Why were the protesters cycling on Friday?
They were allegedly protesting the Government’s measures, which were implemented during the epidemic of the novel coronavirus. At the end of the article, we are also publishing an invitation that has the reason for the protest written on it. The invitation was being handed out in Ljubljana’s apartment buildings and skyscrapers on Friday. Most of the people do not understand the incomprehensible demands, as Slovenia is one of the most successful countries in the world in controlling the coronavirus, but it is perfectly clear why the LMŠ, SD and Levica parties called for people to come to the streets.

The former State Secretary of the Ministry of Education, Jernej Štromajer of the SD party, was also among the cyclists. He became “known” because of his Christmas greeting to all Christians: “Merry Christmas, you filthy animals.” Marko Koprivc, and SD MP, was also present. Damir Črnčec, Šarec’s close adviser, who was the so-called Prime Minister of the parallel Government during Marjan Šarec’s term, according to the experts, was also present at the protests.

Several representatives of various NGOs were also among the cyclists. The Balkan River Defence movement is one example, as they draw the attention to the “theft of nature” at the protests, which is their understanding of the proposed legislative changes that would exclude part of the civil society from the environmental proceedings. “The Government is taking advantage of the health crisis to undermine the foundations of participatory democracy. They are making terrible moves, especially in the field of environmental protection in general,” was one of the reasons for their participation in the protests.

Below, you can read the translation of the leaflet with the demands that the organizers of the protests handed out in Ljubljana’s apartment buildings and skyscrapers on Friday:

“Kind greetings to everyone, please read the following, as this piece of paper can change the course of events for the common good!

You may not believe many things you read, but all of these are just facts about what is happening to us:

The representatives of our Government are allocating the taxpayers’ money – not in our favor, but for the purpose of our doom, most of it under pressure from a handful of uncles from the background. And here is what they are doing to us:

– Artificially created diseases, such as AIDS, Ebola, sars … We now have the corona as a set of 5 viruses.

– Poisoning the air with planes – chemtrails. Every plane has a chemtrail button, they have been poisoning our skies with various toxins, viruses, etc. for many years… The corona was released much earlier.

– Poisons and various embryos in vaccines, chips are being inserted into the corona vaccine.

– Strict censorship of all media and concealment of the truth.

– Releasing nanoparticles in the form of dust from the airplanes, so microscopically small components that then gradually reassemble into a chip by means of 5G technology in the body. No need for inserting the chip at all. Thus, our thoughts, actions, bodily functions can be controlled, so we become robots in disguise without even being aware of it. All of this is happening today, and it is not something that is going on abroad. That is why we urgently need to stop 5G digitalization.

– No funds for the healthcare sector…

-… But a lot of money for the purpose of setting up a 5G network, which is also the biggest asset in the consequent annihilation of all life on the planet. Radiation of 5G frequencies causes the breakdown of cells in living organisms, resulting in a decline in the immune system and, thus, a susceptibility for viruses, such as corona. Explanation: the coronavirus is like herpes. Once you have it in your body, you never get rid of it, which means it goes quiet, and then when the immune system weakens, it explodes again, like a bomb.

Therefore, people, stop acting like sheep! Wake up! The water is already up to our throats; soon there will be no opportunity left to express our will on the streets.

Something much bigger than corona is coming. By sitting on the couch, you are setting yourself a trap, and there will be no way out of it once it is too late.

Communicating with the authorities that we are not unnecessary ballast by going in front of the parliament is the only possible option left.

We are the ones who determine who and how to lead us, tell them with love where they have missed, and what to change because violence only makes things worse.

There is power in numbers! 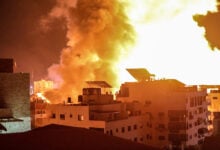