“It is true that we have done this, however even if we evaluated the lots as buildings, we would have come to the same value!” Answered Anton Brodnjak when asked as to why the former property of Janez Janša in Trenta was evaluated as agricultural land as a whole, although there are three building lands in between.

In court on Friday, the experts’ hearings in the court investigation began for the allegedly controversial sale of the land owned by Janez Janša in Trenta. The court expert Anton Brodnjak, known to insiders as the valuator of construction of the baron Ivan Zidar, after the lawyer remarked that the former Janša estate in Trenta was estimated as agricultural land as a whole (one euro per square meter), although there are three building lands in between, Brodnjak replied:

“It is true that we have done this, however even if we evaluated the lots as buildings, we would have come to the same value!” This is how Brodnjak indirectly admitted that he is involved in the campaign and the set-up lawsuit against the President of the SDS Party.

The state fund KGZ sells agricultural land in the same TNP at 45 euros per square meter (picture below), however the land in Trenta on the elite location has been evaluated by new valuators to only around 15,000 euros, which is even lower than the previous committee’s assessment composed of proven biased experts. The evaluation on January 29 this year was carried out by: Jurij Tonin from Škofljica, Anton Brodnjak from Kamnica, Marko Blažič from Komen and Jernej Avsenek from Begunje in Gorenjska. A low estimate of the value of the land was astonishing because Kranj’s real estate agency Nepremičnina deducted EUR 127,500 for it, at an auction in January 2016. In 2005, a similar amount was earned by the SDS president when he sold it to Eurogradnje. According to the Siol web portal, the property was sold by Nepremičnina by a profit of EUR 140,000.

So far, several experts have been evaluating the value of the lot in Trenta and now there are three expert opinions in the court file: two were ordered by the court, one by the defense, and one opinion was excluded from the file. The land was assessed by the court expert Franc Nahtigal to be worth about 110,000 euros a decade ago, and the valuator of the value of real estate Breda Zorko, who made a valuation for the Imos insolvency administrator, estimated the market value to only 17,655 euros. Real estate valuator Anton Kožar, who was engaged by the defense, estimated the real estate at a good 130,000 euros, while according to Gurs, the value is just over 21,000 euros.

The Association of Judicial Valuators and Experts for the Construction Profession, which was ordered by the court and on the proposal of the Office of the State Prosecutor General, to draft a new opinion, estimated the value of the land last year at 22,000 to 24,000 euros. The defense then demanded the elimination of this valuation of the value due to the suspicion of unprofessionalism and impartiality. A member of the committee back then was also Andrej Kocuvan, elected on the list of the then United List of Social Democrats to the Maribor City Council in the 1998-2002 term.

The investigating judge rejected this proposal; however, the lawyers of the district court were more successful. The Senate deemed it contentious that the expert, more than fifteen years ago, had been in the city council of Maribor an active member of the political option representing opposing positions from Janša’s party and which was in opposition at the time when Janša was Prime Minister as well as when the sale of the real estate was taking place. On 9 February 2017, the Senate disqualified the expert, the entire committee and the opinion from the file. The investigating judge then commissioned the creation of a new value of land, apparently with even more “verified” or orthodox valuators who are ready to go head-on and bring shame to their own profession by ignoring the facts and basic market principles. 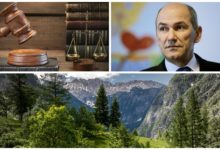 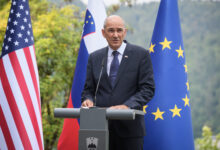 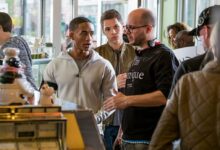 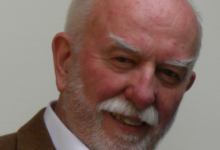 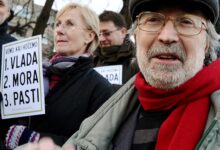 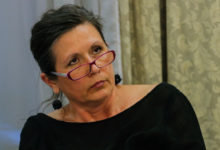