The recently interpellated Slovenian justice minister, Goran Klemenčič, seems to have lied again. With regards to the money laundering at NLB, he stated that the Commission for the Prevention of Corruption (CPC), which he had headed when the money laundering was happening, had received a document from a whistle blower, and that it had informed the prosecutor’s office about it and even lodged a criminal complaint.

“The matter concerning minister Klemenčič started with his statement – I am not sure why he thought it necessary – that during his term the commission had received the relevant documents from a secret informer, and that they had lodged a complaint at the Slovenian National Bureau of Investigation (NPU), and that this had been documented appropriately at the commission,” stated the current president of the CPC, Boris Štefanec, who then exposed the minster’s lies when he confirmed that no one ever found such a document at the CPC: “We have naturally verified the matter, and I can once again publicly affirm with absolute certainty that no document that would point to the reporting of a criminal offence or to a criminal complaint was documented at the commission at the time.”

The minister Goran Klemenčič and his secretary, Darko Stare, had again prepared a perfect answer. They claimed that a criminal complaint or report can also be filed orally. With this statement, they wanted to silence anyone who might claim that they had not done their job. However, Štefanec exposed them again. “As minister Klemenčič has said, it is true that a criminal offence can also be reported orally; however, if this is done by the former president of the commission, that is, the president of the commission at the time, or the head of the bureau of investigation, who is currently the Slovenian state secretary, they need to document this at the commission with the appropriate document and an official note. There is no such document. There are only documents – and we have handed them to the commission of inquiry – asking the leadership of the NPU commission, NLB and the administration of the Office for Money Laundering Prevention of the Republic of Slovenia whether the matter is being looked into and how.”

It is getting clearer and clearer that minister Klemenčič as well as his secretary, Darko Star, are involved in the IranNLBgate affair, for they are obviously hiding something. It is also telling that they are lying to the public about their work at the Commission for the Prevention of Corruption. Slovenians truly are part of a miserable nation – in one way or another, the Slovenian minister of justice is involved in trying to conceal the biggest bank crime in the history of independent Slovenia. Considering that the whole coalition supports him in this, the question arises whether Slovenia also has a so-called half-criminal government? But the elections are approaching rapidly … 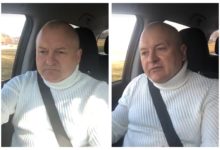 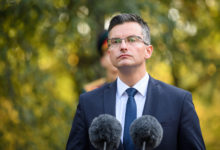 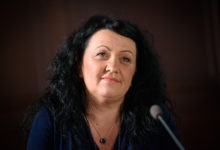