[Video] National RTV Withholds Major Part of Hate Speech Debate Again at Consultation with President Pahor Pointing Out Only Left Positions: We are Publishing the Article in Full! 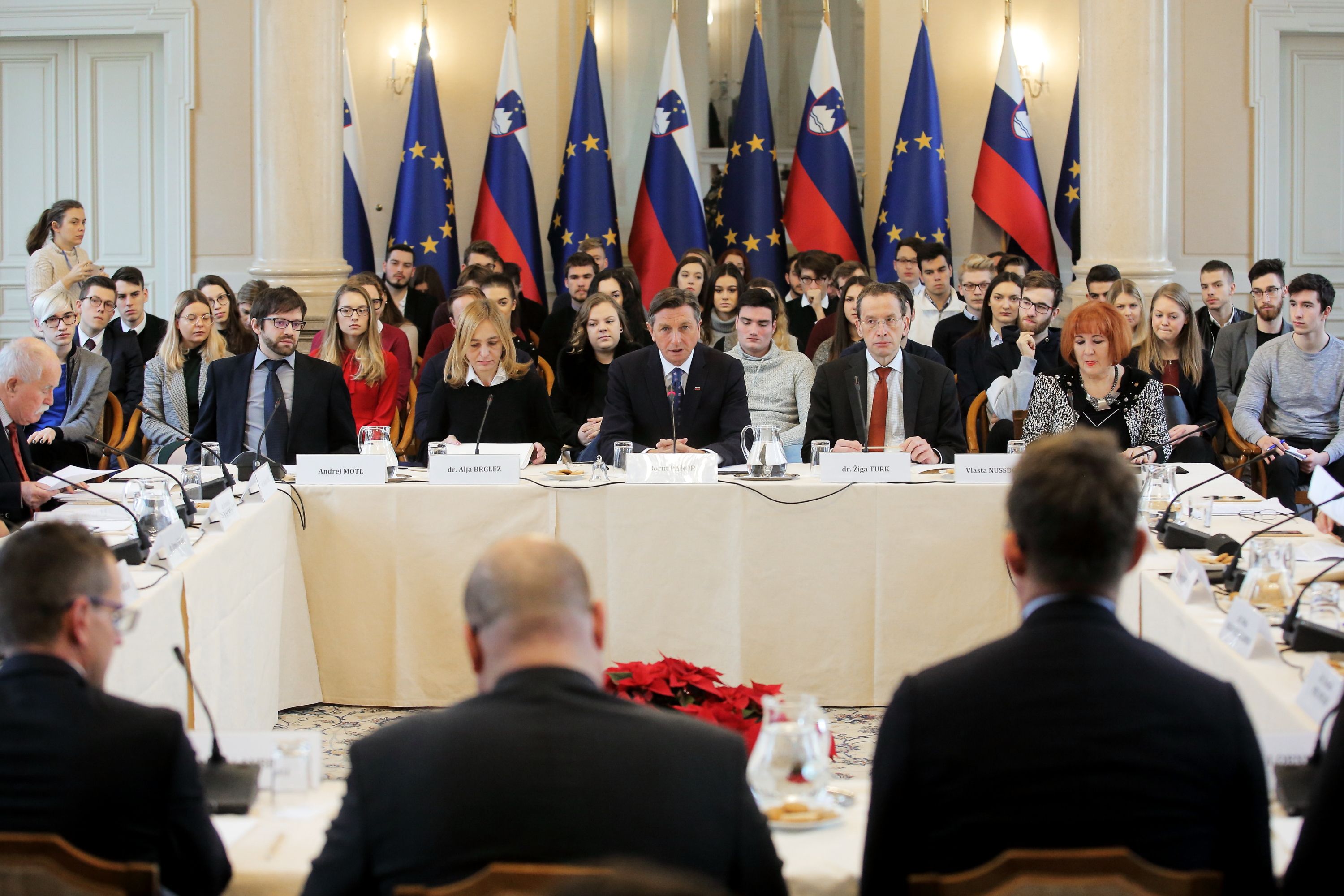 In its reporting on the Thursday consultation on the topic of freedom of speech and so-called hate speech with President Borut Pahor, the RTV Slovenia regime was unilaterally exposing only opinions favorable to the regime of the left-wing participants, while all views were equally presented in the talk show Tema dneva on Nova24TV.

The consultation with the President of the Republic, Borut Pahor, to which representatives from politics, the media, the judiciary and government as well as non-governmental organizations were invited on Thursday, did not provide a clear answer to the question of where, if anywhere at all, are the limits to freedom of speech. However, thanks to reputable lawyers and judges, they partially disclosed the hypocrisy of those who, through their pressure on the critical reporting in the opposition media and its financing by state companies, made sure that President Pahor felt the need to prepare a round table on this topic, where two ideologically completely opposite poles could exchange their views. In fact, the only belief that all participants in the presidential palace had a unanimous opinion on, regarding the topic of freedom of speech and so-called “hate speech”, was that the freedom of speech is a fundamental democratic right. However, they also agreed that the fight against terrorism is one of the major challenges that the European Union will have to face in the coming years in light of Tuesday’s tragic events in Strasbourg.

Leftist Activists, as Expected, Sharply Defend the Regime and Freedom of Speech
Borut Pahor pointed out that he is aware that it is easier to issue a legal definition of hate speech in the Criminal Code, while the more difficult question is “the gray or rainbow field of the culture of dialogue, where there are no clear boundaries of where, how, and why the right to a different opinion turns into hate speech or in the assessment that it is hate speech”. According to him, as reported by STA, any inappropriate or even offensive speech is not necessarily hate speech. The Human Rights Ombudsman, Vlasta Nussdorfer, also took part in the conference. She stressed the need to be careful when defining hate speech, as the dividing line is not clearly visible at first glance. In her words, however, we must recognize the serious abuse of freedom of speech, which, in her opinion, must also be followed by the reaction of the authorities. According to her, the prevention, through human rights education, is most important. In addition, she invited politicians and other prominent figures to contribute to the ethics of the public word. Dominika Švarc Pipan, the State Secretary of the Ministry of Justice and member of the Social Democrats, also thinks that the visible political representatives must clearly reject hate speech. She also advocated for decisive preventive measures, however the state should, in her view, play an important role in the prosecution of hate speech, which should be effective and consistent. She also expressed the opinion that the regulation in place is appropriate. She sees the problem mainly in its implementation, as it is practically never applied in case law. The head of the legal service for the Advocate of the principle of equality and the former director of the infamous Peace Institute, Neža Kogovšek Šalamon, warned that the criminal prosecution of hate speech in Slovenia has completely stopped. The problem lies in the restrictive interpretation of the Office of the State Prosecutor General, which is why, according to her, the door to justice is closed and in recent years we have no jurisprudence in this field. The Advocate of the principle of equality, Miha Lobnik, is of the same opinion. According to the lawyer Nataša Pirc Musar, she must “practically bleed in order for the prosecution to carry out the procedure”. She added that there should be more discussion about the offense frameworks for sanctioning hate speech.

Some Experts’ Arguments Show that with the Leftists it is Only About Ideological Moralization
Among the participants in the consultation, some were more reserved on the sanctioning of hate speech. The Supreme Judge Jan Zobec is of the opinion that any restriction of the freedom of speech should be extremely cautious, “especially in societies that are not plural”. According to his words, hate speech can lead to violence, however that is only in societies where there is no freedom of speech. Of a similar opinion is the member of the High Level Expert Group on Fake News and Online Disinformation, Žiga Turk, who says that “freedom of speech is less damaging for fascists than the lack of freedom, which is controlled by fascists”. He emphasized the call for violence by Vojislav Šešelj as an example of a de facto dangerous hate speech that resulted in violence. In addition, Turk warned of the rise of populism and the search for sinful goats by the Left, such as the Russian interference in the US presidential election, instead of seeing themselves. Even all the efforts before the European elections in 2019 go in the direction of restoring control over communication by pluralist media, the so-called parties of the end of history, as he called the social democrats, middle liberals and conservatives.

According to the Constitutional Court Judge Peter Jambrek, however, we must “accept that we have extremism on both ends of society and that in some sense we must tolerate them within the pluralism of opinions and freedom of speech.” According to the Professor at the State and European Studies Faculty, Matej Avbelj, hate speech does not exist in the sociological sense, but only as a legal concept and it exists in other cases only as a violation of freedom of speech. He believes that prevention is not in the domain of the state, but rather in civil society. Avbelj also pointed out that from the case-law of the European Court of Human Rights three basic categories of hate speech can be derived, namely: the call for violence that can actually be realized, the denial of the Holocaust, and the glorification of totalitarian regimes, which includes calling for a change in the regime towards the establishment of such regimes. Ernest Petrič expressed the opinion that it is necessary to approach very cautiously and with restraint in this area, which he does not want to call hate speech, but rather the abuse of the right to freedom of speech. There are several ways to tackle this problem, the first being sanctions by the state in order to protect this right from abuse.

Some Warn Against Interventions by the State, Others Call for Action
The historian Luka Lisjak Gabrijelčič pointed out the danger of speaking exclusively from the legal point of view of hate speech and forget about the social one. He underlined that the main responsibility for civil society is to isolate speech that is inappropriate. Nevertheless, he disagrees with the state’s intervention in this area: “The excessive interference of the state as a substitute for this regulation can be very counterproductive”. Calls were also made that policy should be more clearly defined on the occurrence of hate speech. Lawyer Rok Čeferin, for example, warned that if the hate speech escalates into violence, “those who have encouraged violence will be blamed for it, as well as those who have done nothing to prevent this and they have been silent, when they should have spoken”. The Director for Democratic Participation in the Council of Europe Matjaž Gruden directly invited the President of the Republic to become more active and clearer in condemning hate speech, and, he conveniently abused the recent terrorist attack in Strasbourg to describe the concept of hostility.

The President of the Slovene Association of Journalists Sharply Against Opposition Media
Some participants also highlighted the role of the media. The president of the Association of Journalists of Slovenia, Petra Lesjak Tušek, who is employed by Hakl’s Večer daily newspaper, stressed that there are still many good, responsible and professional journalists and media in Slovenia, as well as media owned by or close to political parties. The latter media, according to her, has trampled journalistic standards by spreading hatred, racism and homophobia. This is more than obviously aimed at the Nova24TV and Demokracija magazine, which, due to their critical reporting on the work of the government, are becoming a thorn in the side for the deep state. On the other hand, according to STA news agency, the president of the Association of Journalists and Publicists Matevž Tomšič pointed out that the state and politics should be minimized in matters related to freedom of expression. “Otherwise, the fight against hate speech can become a medicine that is more dangerous than the disease and can ultimately kill the patient”, he added. The President of the Republic did not want to make any conclusions at the end of the conference. However, he realized that very different opinions were heard, yet never in an offensive, let alone hostile way. “This makes it clear that very different views can be discussed in a respectful way,” concluded Pahor. 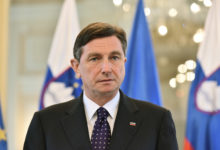 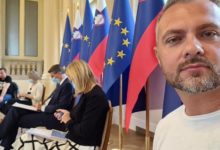 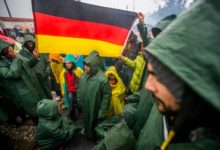 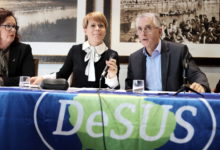 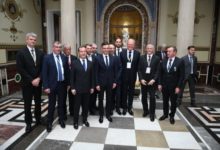 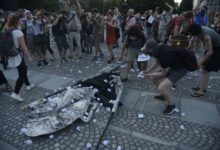 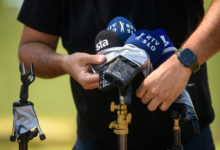 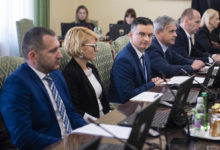 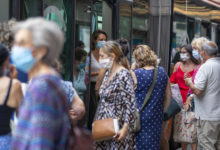