We have never seen anything like this before: after the incident with the chanting and stomping, the opposition left the session!

“As a rule, if the positions and the debating are correct, this is not interfered with; however, the person who chairs the session has the right to intervene in cases where he or she assesses that the debate or something else is not going according to the Rules of Procedure, and I did warn them. We are not dealing with the psychological profiles of individuals and so on, we are dealing with the law, which is explicitly about the elimination of the consequences of the health crisis in our country,” the Vice President of the National Assembly, Jože Tanko, said about the unusual and aggressive behaviour of the Levica and the SD party MPs.

The debate on the fifth anti-corona package has caused quite the stir among the opposition parties in the National Assembly. The deputy from the Levica party, Violeta Tomić,and the LMŠ party deputy Tina Heferle, quarreled with the vice-president of the National Assembly, Jože Tanko. He allegedly intervened and commented on what the members were saying, which was unnecessary. Tomić started to theatrically pound the table, and other like-minded MPs joined her. The quarrel allegedly began with a statement made by Matjaž Nemec. Among other things, he said that Tanko is not able to lead the National Assembly. “You prove it every time, with every separate session,” he said. Tanko took the floor from Nemec after two warnings.

MP Jure Ferjan wrote on Twitter that this is “democracy,” according to the criteria of the Levica and the SD party, or rather, a rude attack on the NSi MP Tadeja Šuštar during her presentation of the parliamentary positions on the new, fifth anti-corona legislative package, with which the Slovenian government is once again trying to help the Slovenian population and economy. MP Aleksander Reberšek commented on the situation on his Facebook, writing that the contents of the anti-corona legislative package are bigger and more important than procedural complications: “Let the measures prevail. The opposition wants to devalue the work of our minister with attacks!”

MP Franci Breznik also commented on the situation on Twitter, writing: “When adopting the mitigation measures for the consequences of #Covid_19, we were all able to witness the “tolerant” behaviour of the leftists. Violeta Tomić’s attitude while destroying expensive inventory bought by the taxpayers is the key to understanding how the leftists value social property.”

All of this is just sad. Slovenia has been fighting off the virus with all its resources; the government is trying to help the citizens that have been affected by the epidemic, as much as possible and in any way it can, as this is the fifth anti-corona legislative package already. Among other things, the package introduces the extension of the validity of certain existing measures, with the aim to preserve more jobs.  Meanwhile, the opposition is causing a stir in the National Assembly and behaving as if they were in a ZOO. And then they turn around and allow themselves to criticize the way the current government and its speaker communicate with the public. This is completely unacceptable and, above all, inappropriate for the time we are currently living in. 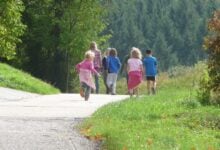 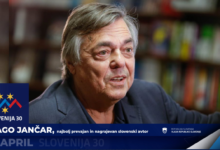 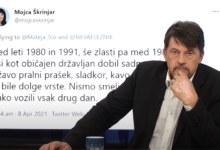 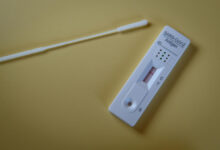