We were in Dražgoše: Chief of the Partisans’ Turnšek Scared by Nova24TV, his Colleague Insulted us

In Dražgoše, as every year, gathered elderly people with privileged pensions, political leaders of left parties and young people who think that milk and honey flowed in abundance during communism. The last president of the Central Committee of the Communist Party of Slovenia (CK ZKS), Milan Kučan, did not miss the event either. The ceremony was again held in light of the celebration of false history, the heroic forces that were not there, and the swearing by the fight that would have freed the Slovenes from cultural colonization.

The keynote speaker at the event was the President of the National Assembly, Dejan Židan. First, he described the methods by which the left threatens the basic civilizational acquisitions today. Thus, he described himself. “We are confronted with attacks on fundamental human rights, the moral and civilization principles that should be unshakable are being neglected, a vicious cycle of hatred and aggression is becoming stronger under the auspices of patriotism and the exploitation of fear of the other, xenophobia, racism and populism are strengthening”, we heard him say.

Židan did not mention that his party threatens the basic human right, that is, the right to freedom of speech. They strengthen the cycle of hatred with such parades as well. Instead of remembering fallen civilians, they remember the cowardly partisans who fled to Jelovica and left the people at mercy of the Germans. He then described fascism. It should be evident to a good observer that he again describes his own political option: “What fascism is – building a cult of personality, attacks on critics, igniting fear of otherness, mocking democracy, the erosion of the authority of courts and state, the rejection of electoral results, the advocacy of the chosen nation, the altering of the past and the writing of an alternative history“.

It would be difficult to find a bigger mocking of democracy than the celebration of totalitarianism in Dražgoše. The saying that when leftists speak of others, they really speak of themselves still holds true. Of course, this time too, they could not go without one of the most underdeveloped and undemocratic practices – child abuse for political and ideological purposes. “Our grandfathers once fought here, they were unknown heroes that died as hostages because they would not betray their country’s land“, we heard one of the children reciting, while the others marched on reciting the verse: “Who are these young men marching through town“.

The recordings are from 2019, yet they look like some video from Syria, where the Islamic state is training children in marching and ideology. Such practices should be, wherever ideological false history is concerned, expelled from Slovenian society. Celebrate your fairy tales, however please leave the children alone.

The Leftists are not Bothered by Historical Facts in Order to Not Repeat Completely Unfounded Lies
Then came the moment when everyone showed that they know nothing of Slovenian history. They began to emphasize again that we speak the Slovenian language thanks to the Partisans. Slovenians speak Slovenian, despite the 1000 years under Bavarians, Germans, and Habsburgs, while after the so-called victory, Serbo-Croatian became the official language of the new state. However, this does not bother the leftists not to repeat their historically completely unfounded lies. “We should all be proud that the Slovenian language is spoken by Slovenes in Dražgoše and Slovenia. The fact that Slovenes are speaking Slovenian in our Slovenia is also thanks to the too many people who have given their lives in the fight against fascism and against the invader“, said Dejan Židan, MA. The President of the Young Forum of the SD Party Andrej Omerzel is obviously brainwashed as well, he said: “This is a symbol of the brave people, to whom we owe the fact that we speak the Slovenian language in Slovenia and have our own homeland, they have fallen for this purpose. The least we can do is to cultivate and honor their memory“.

Kučan on Hate Speech, Again…
Then, Milan Kučan, who believes that freedom of speech is something completely unconvincing, also demonstrated his resistance to democracy and the constitutional order. His mouth was full of democracy, homeland, and freedom, yet at the same time he would deny people the basic human right to freedom of expression. A true democrat. “Fascism is some kind of cancer wound of today’s modern society. What is worrying is not only the phenomenon, it is the insensitivity and non-reaction to it and the excusing of all manner of things even with regard to hate speech. Instead of recognizing it and denying its rights in our homeland, we call it freedom of speech“.

The last president of the CC ZKS was also asked why Dražgoše separates the people, however Kučan believes that it is actually bringing people together. “Who is it separating? It cannot separate politics if it is what it declares to be, if it is patriotic, progressive, democratic, and if it stands for the values that the people on these slopes fought for“.

Kučan therefore thinks that the Partisans and Communists fought for democracy and the nation, although we know that after the war, the one-party apartheid and the toughest totalitarianism took dominion. More honest and enthusiastic was Luka Mesec, the so-called cross-coalition government coordinator, who is especially impressed by the idea that no system is unbreakable. Are we awaiting a new revolution? “Dražgoše are a symbol of resistance, they are the hallmark of the victory in the Second World War, and above all they symbolize that no order is unbreakable, even the most frightening“, Mesec said.

Even Partisans Admit to the Cowardly Escape to Jelovica, Yet the President of the SD Party’s Youth Forum Goes on About Symbol of Courage?!
Dražgoše were a factor in the unification of the nation for Omerzel as well. He should read some history books. He believes that Dražgoše is a symbol of courage; although in fact, even Partisan sources write about the unnecessary sacrifices and the cowardly escape to Jelovica. “In my opinion, Dražgoše do not divide. Dražgoše are a symbol of the rebellion against a much stronger invader, a symbol of courage and pride of all Slovenes, and in my view Dražgoše do not divide“.

Židan emphasized how well the soldiers respect others. This was demonstrated well by the Head of the Associations of the National Liberation Movement of Slovenia who, despite our friendly approach, did not want to give us a statement. His colleague even insulted us, saying that we should be ashamed of ourselves. True, these are two examples of accepting differences and truth. Upon our request for his statement, Tit Turnšek answered: “No, for Nova24TV, no! No”!

There is nothing wrong with Dražgoše since its dead inhabitants paid the highest price for the greed of the Communists. We would like to draw attention only to the worship of nonsense, the defects, and the cowardly escape, which is sold to the masses today as a great resistance. The celebration of Dražgoše is the same kind of nonsense as if the French were to celebrate the battle at Waterloo, except that there were no civilian casualties there. Here in Dražgoše, twice as many locals as Partisans died. Thus, another celebration of lies and ideology has passed. Slovenes are starting the year 2019, yet some of them remain in 1945. The fact that speaks for itself is that apart from the abused children and some enthusiastic young men, there were mainly gray heads at the celebration. Gray heads with privileged pensions, who still believe that Slovenians can be fooled. 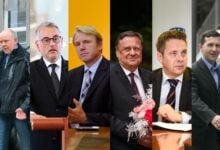 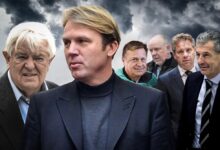 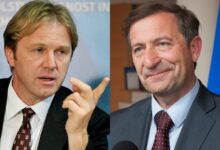 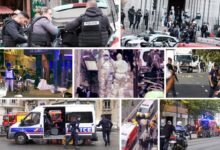 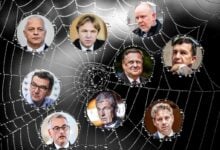