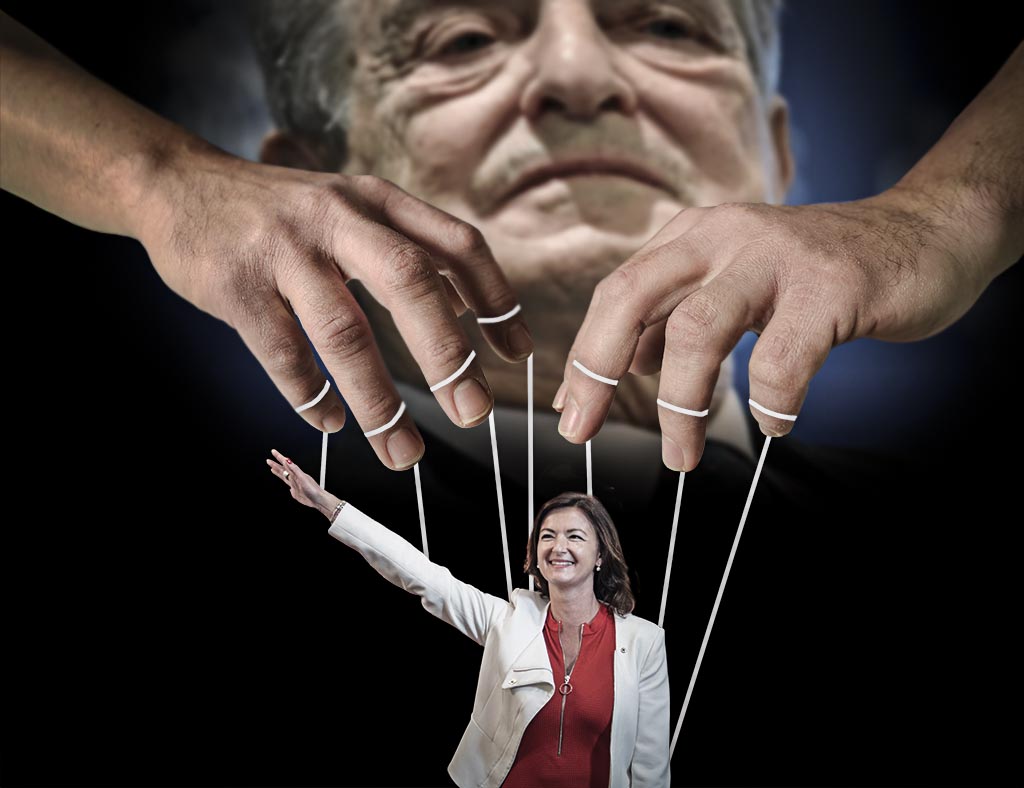 In his writing, theologist Milan Knep discusses George Soros and the hidden intentions behind his agenda for an “open society,” which chose the left to be its tool as it continues to diligently destroy everything that has even the faintest connection to tradition, thus preparing the way for Soros, who is, in fact, an investor. And the resolute cyclists who continue to gather in front of the parliament, believing that they are fighting for some higher, positive ideals, also fell for his agenda: “When the current government tries to push for greater media balance, all around the world people criticize it, claiming that it is imitating Hungary, where George Soros was stopped because Orban clipped his wings.”

“But what is behind all of the criticism from the voices from abroad, which instil confidence in the cyclists gathering in front of RTV Slovenia, are modern-day princes who are expanding their estates to foreign countries – unfortunately, this includes our country as well. The masses of wounded souls like to believe that they are also solving their personal problems just by shouting and thus becoming the subject of a new social order. They would snap at anyone who would dare tell them that they are actually repeating the mistake of the patriots who, completely unknowingly, in their desire to liberate their homeland, actually became a tool of the revolution and one-mindedness seventy-five years ago,” theologist Milan Knep, who is revealing the true agenda of George Soros and his Open Society Foundations, believes.

Soros, otherwise a well-known financial speculator, also received an award from the Republic of Slovenia and its then-president Milan Kučan in 2002. The latter presented him with the honorary badge of freedom of the Republic of Slovenia for his merits in destroying the traditional values ​​and creating an “open” society. The Peace Institute proposed that Soros get the award, which was then supported by the Slovenian Philanthropy, Kibla Multimedia Centre, Legal-Informational Centre of Non-Governmental Organizations, Studia humanitatis, IEDC – Bled Business School, KUD France Prešeren, and the Presidential Commission for Awards.

In his writing, Knep also says that initially, his idea of ​​what the speculator’s Open Society Foundation was supposed to be, was completely wrong, as a friend told him that he could ask the Foundation to help finance his project. He brought a few copies of the magazine Tretji dan to the then-official of the Foundation, which has its premises on Vegova ulica in Ljubljana, but supposedly, one look at the cover was enough for the official, as he was not even willing to give Knep an application form, as Soros and his “open society” project are only open to those whose thinking is “correct.” It was only after a long deliberation that the theologist Knep realized what the real problem was – he realized that the speculator’s idea of ​​what an “open society” is, is completely different from his.

For a long time, Knep’s idea of what Soros’ “open society” was supposed to be, was completely wrong
As Knep goes on to say, he believed that the intentions of the “open society” were “the strengthening of the democracy, the development of civil society, media pluralism, fixing the injustices, reconciliation, etc.” Soros presented himself as a “philanthropist”. But none of this is actually true, as the Hungarian-American businessman himself made it clear years ago that he is an investor first, which is also evident from his conduct. Therefore, his goals are to invest, and philanthropy is merely a means to that end, or, as Knep puts it, “investing is ‘soft’ and trustworthy.” The “open society,” as Soros envisions it, has nothing to do with democracy and pluralism, but rather, it is merely the overthrowing of anything that might go against the investors.

“And those are, first of all, the state borders and the national economies, so among other things, the investors organized a TV show with the massacre of the Ceausescu couple. The intention behind their public humiliation was not to deal with communism, but rather, it enabled the same clique that lynched the dictatorial couple to open the borders to investors, NATO, and the EU in a quick procedure,” Knep explains. However, engaging in international integrations is the easier part of the venture for the investors. “Their hard work begins when the doors of the hearts have to be opened. However, in this case, the crowds are more than just cautious, they do not allow for religion, family values, love for the homeland and their own culture, to just be ripped out of their hearts.”

Modern culture is their weapon: the goal is to make people be ashamed of their own identities
That is why the real task of the “philanthropists” is to destroy the traditions of the people, which are very important to the latter. The “philantropists’” real goal is to push the agenda so far, that the people start to be ashamed of their own identities. “This is how they groom them to be willing to adopt a new, cosmopolitan and, of course, left-wing cultural model. The investors claim that all of their old traditions belong to the right-wing cultural model – which they consider to be retrogressive, xenophobic, nationalist, protectionist, etc. They even include the universities, peace institutes, NGOs, LGBT groups, migrants, and the culture in their plan to crush and humiliate the tradition.”

“The artists, who now have access to awards, galleries, and performances, endlessly question and think about the ‘burning social issues’.” According to Knep, all of this has little to do with art. However, he believes that this has a lot to do with creating doubt about whether what was still considered to be a value not long ago, is really so miserable that it needs to be replaced with the “open,” the multicultural, and so on.

Tanja Fajon, who allegedly likes to interfere in the internal affairs of other countries, is considered to be Soros’ “mercenary”
We have previously already written a lot about the speculator’s activities in Slovenia and around the world in the recent period. MEP Tanja Fajon, who is a member of the Social Democrats in Slovenia, has a well-deserved reputation as an advocate for migrants. In Europe, especially in the countries that still want to join the EU, her reputation is even worse, as everyone is warning her not to interfere in the internal affairs of individual countries. She herself is on the list of Soros’ favorites, for whom the Jewish billionaire, through his Open Society Foundation, provides substantial funding and thus interferes in the domestic politics of the European countries. But Fajon sees no problem in Soros’ funding of the left.

Recently, however, the Socialist Party of Slovenia (SPS) revealed that even the Levica Party (the Left) is owned by Soros. “With this, we have proven to you that it is not the Socialist Party of Slovenia that is the problem and that we are not the ones being destructive, but rather, it is Soros’ Levica party, along with the non-governmental organizations, which are financed by their patron Soros. Whoever is not with them is against them. Therefore, we would once again like to inform you about what has been happening to us, ever since the Levica party has been formed. Levica is a treacherous party, which is being financed from abroad by Soros, whose purpose is to overthrow the true left and implement the neoliberal globalist agenda,” revealed the General Secretary of the SPS, Tadej Trček.

Antifa, the US presidential election, and online giants allegedly also serve the speculator, helping him achieve his goals
US President Donald Trump‘s announcement that members of the far-left organization Antifa were to be declared terrorists for their destructive role in inciting violence in riots that erupted in more than 75 different cities in the United States, raised the question of who is behind the organization. Antifa has been part of the riots in both America and Europe for a few years now. It is also known that many members of the Antifa operate under the auspices of NGOs, which are funded by the Open Society Foundation of the billionaire Soros.

The latter’s tentacles have recently been reaching for the internet as well. Google seems less and less like a search engine, and more and more like an online militiaman, who persistently pursues anything that does not represent the leftists’ “mainstream.” The search engine has repeatedly hidden conservative media websites, such as RedState, Breitbart, Daily Caller, Human Events. Google is more than obviously actively working to prevent Trump’s re-election. 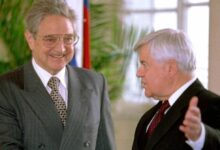 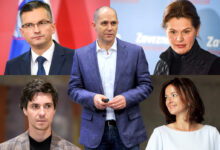 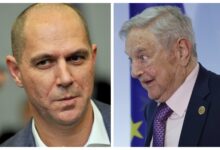 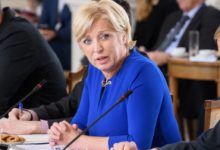 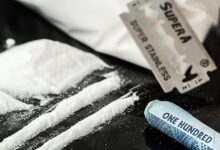 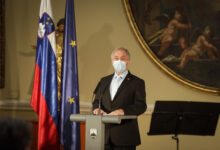 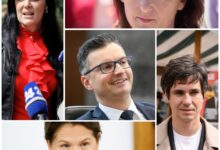