In the show Odkrito (Honest) on the third channel of RTV Slovenija, among other things, there was a conversation about the bicycle protests. They played a video clip on the show – this time, they really did choose a random “cyclist-protestor” to ask him for his opinion. However, they did not manage to get a response to the simple question, “What bothers you, personally, the most?”

“What bothers you, personally, the most?” a journalist from RTV Slovenija asked a random cyclist who was protesting. A young man with dyed hair and a lost gleam in his eyes though about it and then repeated the journalist’s question. “What bothers me, personally …”

“Actually, I have no comment on this,” the young man began explaining, smirking while trying to find an answer to the simple question.

“Because I … I don’t know. I don’t know,” the young man laughed, shaking his head as if he wanted to apologize to the teacher for not knowing the answer to the question.

Blessed ignorance
Admittedly, the journalist’s question was really not nice. He forgot that young people need to be served the answers first, then a date must be set for the oral exam, and they need to be given enough time to learn everything – only then can they be asked something.

Perhaps the young man is just one of many who do not know why they are cycling on Fridays, but this is certainly a clear demonstration, which proves that most of the protesters are only there because of the herd instinct. The same clique has been protesting and causing a racket since the first indications of the possibility of a composition of the government led by Janez Janša. They are rebels for no reason. What they do, they do to be a part of the group. There is no independent thinking because there is no need for independent thinking. If they are cycling, they are “cool.” 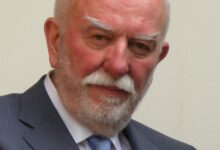 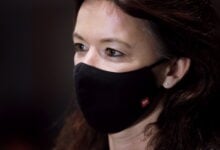 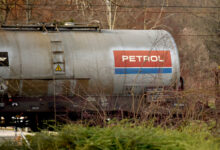