When announcing his resignation, Marjan Sarec uncritically praised his work and again proved that he has got no contact with reality

Finance Minister Andrej Bertoncelj resigned from his post for professional reasons today, the ministry confirmed for STA, and after that, Prime Minister Marjan Sarec resigned. A drop over the edge was the abolition of supplementary health insurance, with the profession and the common sense driven by the LMS, which the minister and state secretaries warned in a written statement last week.

Finance Minister Andrej Bertoncelj resigned from his post for professional reasons, the ministry confirmed. The resignation of Prime Minister Marjan Sarec also followed, saying that in such circumstances he could not work “with thirteen deputies and with this coalition of people’s expectations I cannot meet this moment” and added that he would be ready to talk to everyone, who is interested, before the upcoming elections. “People should tell me in the field whether they trust me or not,” Sarec stressed when announcing his resignation. He also said that the previous government, with its strongest government party, was not capable of making any radical changes. Early elections, he said, will show whether the support they receive from the public according to polls is realistic or not.

Exposed: Mr. Janez Janša: “This is a deep state. This is not a political formation. This is the mafia!”

He dismissed his work uncritically; he praised in the announcement and proved that he has got no contact with reality
“You know that I never gave much to the survey. They are showing 50% support to the government, but I cannot know whether this is the right support or not, because with 13 MPs and with this coalition and the situation in the National Assembly, I cannot meet people’s expectations,” he was clear. “If we are going to the polls, if this is the will, then we have already talked about it with SMC President Zdravko Pocivalsek to get together and go together so that you do not have to guess what is going on behind the scenes,” said the Prime Minister, adding that in addition to SMC, participation in elections he also offers other local lists, initiatives and anyone interested in going to the elections. He is aware that upon his resignation, “parliamentary cuisine will immediately begin and a new government will be formed”. In his words, it would be most honest, both for citizens and for themselves “to go to an early election and tell people whether they trust me.”

In a statement today, the PM summarized the past year and a half of his government. He said that on September 13, 2018, when they took over the government, there were quite a few problems on the table, listing also negotiations with the unions. Later, they started drafting the budget documents for 2020 and 2021. “In the meantime, we also carried out tax optimization and accepted the burden of recourse, which had a positive effect on domestic consumption and certainly had people directly more in the wallet,” he said. He added that more funds were earmarked for social transfers and other measures were also taken, citing improvements in the situation with the police. He highlighted the country’s successful deleveraging, saying that the 2020 and 2021 budgets are the first to have a surplus. “Compared to previous governments, this is a good achievement,” he said. The government has also taken care of stability in the fiscal area, Sarec said, adding that Slovenia has one of the most rigorous fiscal rules in the EU, which will urgently need to be eased.

“The government has overcrowded many clerics and I must say that it is very successful. Even the situation on the ground tells me that,” Sarec summarized, saying that the ministerial assembly under his leadership provided measures for the country to continue working. At the same time, he said that citizens are telling him many problems that need to be addressed to. In his estimation, the electoral legislation could also be under the roof “if there were less negotiations and more willpower”. Among other challenges, he stressed, inter alia, the law on long-term care and that it will also be time to set up a demographic fund. “A housing law is also under preparation, which we urgently need to adopt in order to provide housing for young people,” he said. We are also expecting digitalization, announced Mr.Sarec, noting that the country that will not be digitized in the future will remain in the past. Climate change, he said, is also a topical issue. He also touched on infrastructure projects and said that he met with representatives of the European Investment Bank (EIB) interested in cooperation, last week in Davos, where the World Economic Forum was held, “knowing them that Slovenia is a land of opportunity”.

The political party LMS rides of the profession and common sense in supplementary health insurance
In a written statement last week, Finance Minister Andrej Bertoncelj and state secretaries warned of the unacceptability of the LMS supplement, which would ensure unlimited cover from the state budget in the event of a deficit, if the supplementary health insurance was abolished and the mandatory flat-rate contribution introduced. As they stated, they cannot issue blank bills of exchange. “The Ministry of Finance, as guardian of the state treasury, opposes the blank bill and the proposal, which is unlimited in time and duration,” said Minister Bertoncelj and four State Secretaries at the Ministry of Finance – Sasa Jazbec, Natalija Kovac Jereb, Metod Dragonja and Alojz Stana. 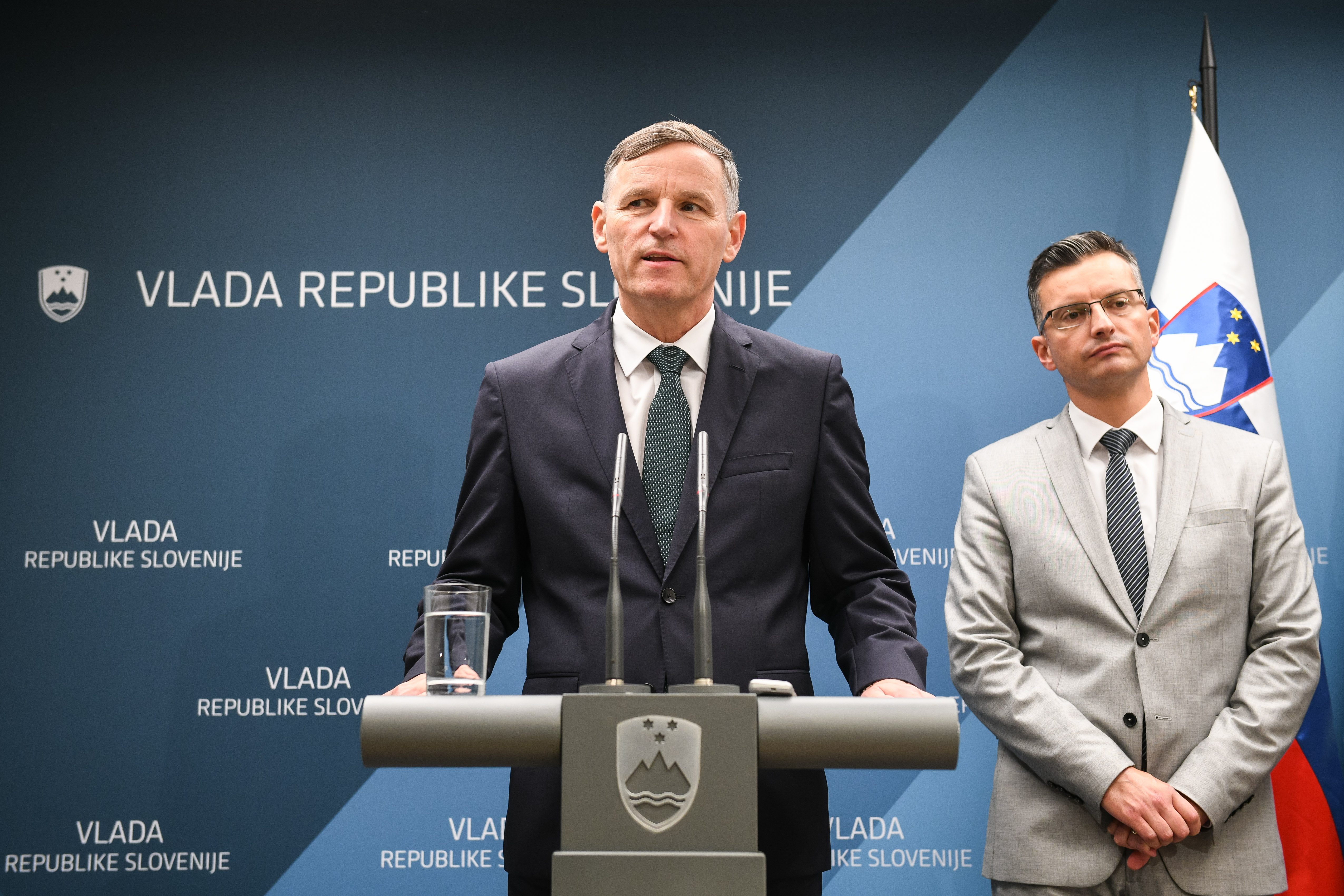 A heated debate arose before the third reading of the amendment to the Health Care and Health Insurance Act, which intends to abolish supplementary insurance and introduce a compulsory lump sum medical contribution. There was no agreement between the ministers from the LMS quota, ie the Minister of Health Ales Sabeder and the Minister of Finance, regarding the financial protection from the budget. The LMS wants to supplement the mandatory flat-rate medical contribution from 29 €, as now amended, to 32 € a month. After removing the financial safeguard from the second reading, the LMS wishes to return with a supplement, saying that the state budget will cover the financial deficit that may arise in the event of insufficient income of the Health Insurance Institute of Slovenia (ZZZS) from contributions and other sources. These are liabilities that mature by the end of the current calendar year.

SDS President Janez Jansa took to Twitter, to take a picture of the Ministry of Finance’s view of the unacceptability of the LMS amendment, saying that “the political body of a government without leadership is decaying faster than predicted and also trying to do as much harm as possible, and with the LMS political party in the first place,” and he also congratulated the ministry on its courage.

Let’s recall us that last week, after the defeat at the DeSUS Congress, Defence Minister Karel Erjavec had already announced his resignation. Given by the fact that they barely secured votes for Minister Angelika Mlinar, the fall of the government was inevitable. 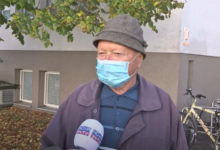 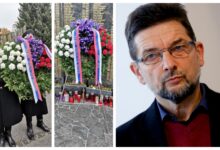 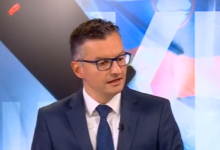 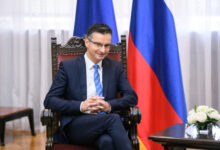 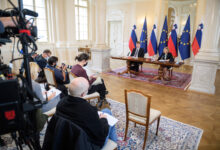 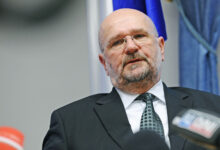 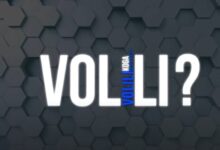 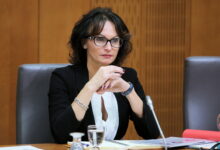