Who is afraid of media pluralism: RTV Slovenija is a fortress of communism

It seems that a new front has opened up between the government and the political underground, which is actually old news. It concerns the question of the media and, in particular, the burning issue of the position of public service broadcaster RTV Slovenija, which is one of the weapons of the transitional left.

The fact is that RTV Slovenija is one of the fortresses of communism, which is also evident in the behaviour of some representatives of the institution, which, at least for now, continues to be financed by the mandatory RTV contribution. In the spring of 2020, the national television prepared an attention-grabbing episode of the show Tarča, in which the now-infamous employee of the Agency of the Republic of Slovenia for Commodity Reserves, Ivan Gale, was a guest. It later turned out that he was no “whistleblower,” but was apparently actively involved in the business. Gale has become a kind of means for mobilizing the citizens against the supposedly corrupt government. Somebody even created a group in support of Ivan Gale on Facebook, the administrators of which are some of the employees at RTV Slovenija. The group has become a dumping ground, where the most primitive representatives of the left write their wishes for the Prime Minister Janez Janša to be shot as soon as possible.

The weak business policy of RTV Slovenija
It was interesting to see how RTV Slovenija reacted to the proposed changes, according to which, a small part of the funds from the RTV contribution would be directed elsewhere. Namely, Director-General of RTVS, Igor Kadunc, immediately began complaining, saying that this would mean the end of RTVS as we know it, because the only thing they can do if they lose part of the funding, is close the regional centres in Maribor and Koper. And, of course, Janša’s government is allegedly to blame for this, as it is supposedly trying to bring RTVS under its political influence.

Well, we already heard similar accusations back in 2005, when the Radiotelevizija Slovenija Act was amended, and there was even a referendum on the issue. As is known, the amendments to the act were approved at the referendum, but this did not bring any major changes. The biggest change probably happened at the RTVS programme council, which was previously a kind of self-governing body, to which only specific organizations could delegate their members (up until then, the RTVS council was led by the former SD champion, the late Janez Kocijančič).

But every time the representatives of the left-wing intelligence start going on about defending the “independent” RTVS, they need to be reminded that they are actually defending RTVS’ dependence on the old centres of power. This is evident, not only in the political engagement of the local “political commissioners” (for example, the co-author of the infamous petition of “Club 571” (Klub 571) Matej Šurc, who once again verbally attacked the members of the SDS party, and did not even spare the President of the Republic Borut Pahor!), but also from the business policy of the institute, which has become a sort of black hole for taxpayer money.

In 2019, the institute thus spent as much as 3.2 million euros more than the amount of revenue it generated. It is interesting that since Igor Kadunc took over the leading position at the public media outlet, the RTVS box office deficit started to increase again. This is not surprising, as RTVS is considered to be a giant socialist mastodon, where the number of employees has increased by more than a hundred in the last two years alone. This, of course, comes at a price, especially considering the negative selection, as they usually hire people with the “right” political conviction to work for RTVS.

In light of all of this, does it still seem all that strange that at the ceremony on Statehood Day (which was directed by Igor Pirkovič, one of the few normal RTV members, who was then threatened and despised even by some of his colleagues), the infamous rapper Zlatan Čordić came to the Square where the ceremony was held, with the help of RTVS workers, and tried to talk to the President of the Republic Borut Pahor in the middle of the celebration, using a megaphone?

Firing blanks
It is clear that opposing the proposal is only a blinding manoeuvre, the intention of which is to convince the public of the need to protect the “independence” of the media. The opposing side is using disinformation, claiming that the government will even abolish the symphony orchestra, the children’s programme, and the publishing activity, by reducing the funding for RTVS. Miloš Čirič, a businessman and analyst, points out the perverted logic of those who are trying to convince the public that less money for RTV would result in a drastic reduction in its activity. “We are only talking about how if something is taken away, everything will fall apart. Even if we took 10 percent, RTV Slovenia would not fall apart. This is not true. But it should go through a rehabilitation programme. I have been saying this for a long time now, and even in the beginning, I said that we should prepare a quality rehabilitation programme, which you cannot do without money. This money needs to come from somewhere. RTV does not have the money to do this, and it does not have the staff who know how to do it. I am convinced that they also do not actually want this to happen,” he told Nova24TV. However, the director of Nova24TV Boris Tomašič thinks that the Ministry of Culture is not decisive enough in its approach to the reform of RTVS. As he said, Nova24TV is now performing some functions that RTVS should realistically perform as a public service, but it does not. Tomašič also said this at a session of the parliamentary Committee on Culture.

Who is afraid of the truth?
The aforementioned session of the Committee on Culture has caused quite a stir. The Committee on Culture is chaired by Violeta Tomić (Levica), who wanted to prevent Tomašič and Bojan Požar from talking at the session, apparently for fear that the public would find out too much about the real state of the media. At the same time, Tomić was not careful with her words, when she “disciplined” some of the coalition MPs. But even such undemocratic behaviour will not be enough to prevent the truth from coming to light. After all, even Planet TV’s journalist Mirko Mayer wrote a few words about RTVS on Facebook, when he questioned RTVS’ attitude to the change of ownership of Planet TV, which supposedly fell into the hands of the Hungarians for “only” five million euros, but no one takes into account the current financial and human resources of Planet TV – when it comes to RTVS’ interests, one million euros is clearly worth more than one million euros for Planet TV.

For a more commercial behaviour of RTVS
In short, while the public institution RTVS is standing its ground and defending its privileges in order to keep everything as it was, the Association of Journalists and Commentators (Združenje novinarjev in publicistov – hereinafter referred to as the ZNP) spoke in a much more constructive tone. As they wrote in a public statement, they support the proposed changes, but also propose some other solutions, such as tax relief instead of subsidies. “We support the proposal that three percent of the mandatory RTV contribution be allocated to STA, and five to the realization of the public interest in the field of media, whereby RTV would compensate for the loss of income by removing the limitation on the amount of advertising. Such a solution would force RTV to behave more commercially, and the scope of advertising should be limited to a certain extent, so that RTV, which is the national media outlet, would not become too commercialized,” reads the public statement of the ZNP, which also rejects the proposed novelty of the media act from the time of the previous government, which would allow media inspectors to control hate speech in the media, saying that this is a matter for the courts. The Slovenian Association of Patriotic Journalists agrees with the presented views of the ZNP, and they also warn that the money that RTV receives from the state should be under the scrutiny of the public, as it is not known for what it is being spent. 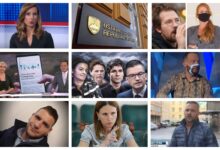 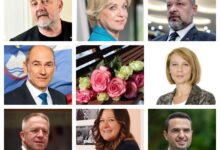 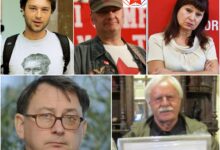