Will the prosecution look away this time as well? New calls for massacres at Friday’s left-wing-fascist demonstrations! 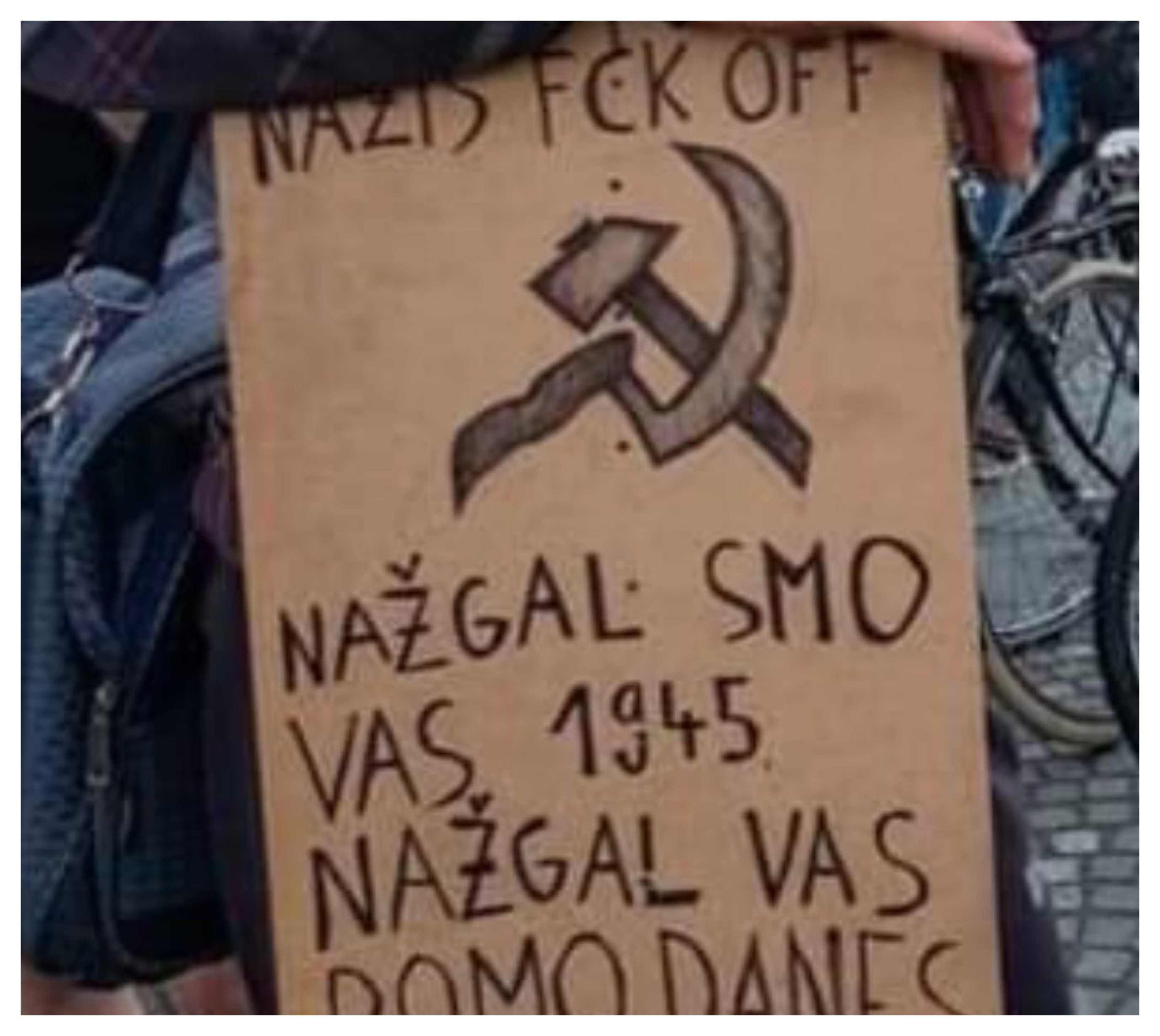 The sign held by one of the protesters. It reads: “Nazis fuck off! We beat you in 1945; we will beat you today!” (Photo: Twitter)

“Nazis fuck off! We beat you in 1945; we will beat you today!” read a banner, carried by one of the radical protesters at Friday’s illegal protests. “Another historian. You did not beat anyone, you insidiously used pickaxes and knives to murder those who were bound and tortured in Kočevski Rog, and the others were left trapped in the Barbara Pit, walled up behind 11 barriers,” journalist Vinko Vasle responded to the protesters’ call for the death of those who think differently.

At a referendum on December 23rd, 1990, Slovenian citizens decided for an independent and democratic Slovenia, but the democratic changes are apparently still bothering those who have reserved the exclusive right to power for themselves, as the mass frustrations have resurfaced once more, now that they have lost the power, as is evident at the anti-government demonstrations. They are once again calling for the massacres we witnessed after the end of World War II.

In addition to “Kill Janša,” and “Death to Janšaism,” we also saw a sign that read “Nazis fuck off! We beat you in 1945; we will beat you today!” at the last Friday’s cycling protest. So, a bunch of vulgar calls for massacres, to which the law enforcement authorities did not respond, even though this is an obvious violation of laws that no longer has anything to do with freedom of speech. These are serious threats, as the ancestors of these same protesters had once committed a genocide against the Slovenian nation, and other nations of the former Yugoslavia, already.

Despite the fact that even at the very beginning of the term of Janez Janša’s third government, the extreme leftists began to openly threaten with slogans, such as “Death to Janšaism, freedom to the people!” and “Kill Janša,” the head of Ljubljana’s State Prosecutor’s Office, Katarina Bregant, decided to drop the criminal charges against the inciters of hatred. On the other hand, more and more intellectuals and lawyers are finding that the phrase “Death to Janšaism,” is not general, and is directed against a specific person. Former director of the Slovenian criminal police and lawyer Dušan Mohorko described the scandalous decision as professionally highly controversial. He believes that the decision should further be checked – professionally, not politically. “Lawyers, especially prosecutors… The matter is too important for you to not come forward… You are adding fuel to the fire. Are you aware of this…?”