Coordinator of the March for Life 2020, Urška Cankar Soares: “An unborn child is always a human being. The child cannot be considered a human being only when the mother wants it, but not a human being when she does not want it.”

“I think that despite everything, despite this age of information we are living in, very few couples in Slovenia decide to adopt. I think adoption is such a wonderful thing. Last year, on Youtube, I watched a lot of testimonies of the women who had abortions and those who had put a child up for adoption. Not a single woman who put her child up for adoption regretted it. However, every woman who had an abortion, regretted it in a way,” said the guest on the show Tema dneva (Topic of the Day), Urška Cankar Soares, an advocate for the child’s right to life and coordinator of the March for Life 2020, who also invited people to come to the march with banners and their children. It is very important to be aware of the fact that women who decide to have an abortion are distressed and need help, and unborn children who cannot defend themselves need advocates.

On the show Tema dneva (Topic of the Day), journalist Luka Svetina said: “The Group of Advocates for Life, who often try to convince pregnant women who decide to have an abortion that this is not their only option, is organizing a March for Life, which will be held on Saturday, October 3rd, in Ljubljana. According to the website 24kul.si, it will be carried out in accordance with the regulations in force due to the COVID-19 epidemic, and in accordance with the instructions of the National Institute of Public Health. Advocates for Life will gather in front of the Church of St. James and walk to the Prešeren Square. They have already started a prayer campaign for unborn children. They want to say 700,000 Hail Marys for the 700,000 unborn children who have died in the last 70 years.”

Tadej Strehovec, a great defender of the lives of the unborn and a priest, also briefly spoke on the show, telling the viewers that he will participate in the March for Life 2020 because of three fundamental reasons: “Firstly, because I want to support the efforts in our society, in support of the unborn children’s right to life, secondly, because I want to support the so-called zero-tolerance policy towards all forms of violence against the unborn children, and thirdly, by participating in the march, I am publicly expressing support for all the mothers who mourn their unborn children, for one reason or another.” Strehovec also believes that in the present time, our country needs a march like this and that participating in the march, is one of the best ways of publicly advocating for the value of life.

After Strehovec, another guest joined Svetina in the studio – the coordinator of the March for Life 2020, Urša Cankar Soares. When asked where the idea for this march came from and why it is important, she replied: “The March for Life has been present in the world for many years. It was started in America, a year after they legalized abortion, and a lot of people come to this event, especially young people. It is essential that they communicate to the world that the unborn child is a human being, that women who have an abortion are in distress, that they need help, and that abortion is not their only option. But above all, the people at the march socialize, as this is also a celebration of life.” In her opinion, this is a happy event that many families come to and look forward to. On this occasion, she also invited everyone watching the show to respond to her invitation and come to the march, “so we can stand together because unborn children need advocates.

“An unborn child is always a human being. The child cannot be considered a human being only when the mother wants it, but not a human being when she does not want it.”
“They do not have their own voices yet, so they themselves cannot tell us that they do not like what happens to them during the abortion procedure. And I want to fight for these children, and I invite the viewers to join me on October 3rd, in Ljubljana. They can find the application form on 24kul.si, and they should apply as soon as possible.” The journalist also reminded everyone that the online application is already open, and asked how many people have applied so far, to which Cankar Soares replied that around 70 or 80 people have applied so far and that the current situation needs to be taken into account. The journalist then reminded the viewers that lately, abortion has been a taboo topic in Slovenia, and pointed out that a related association advertised the fight for life on the city buses of Ljubljana, but the ad was removed after complaints, and the case is now in court. Svetina was interested in whether the organizers of the March for Life were worried about any negative reactions.

“We are not afraid of negative reactions. However, we see that the opposite side is loud, but we want our side to be louder and louder because the truth is on our side. The unborn child is always a human being. The child cannot be considered a human being only when the mother wants it, but not a human being when she does not want it. It is always a human being; its heart beats, it has arms, legs. Its development begins at conception. We advocate for life from conception to natural death.” Svetina emphasized that the intention of the Group of Advocates for Life is to let the public know that an unborn child is a person with the right to life. He pointed out that there are many different opinions on this topic in Slovenia, as we have the liberal part of society, which claims that every mother has the right to decide to have an abortion. Namely, there are also those women who have been raped and do not want to keep the child.

Pregnant women in distress need help so that abortion is not their first thought
“I think that the woman’s right has to end where another human being’s rights begin. She has the right to choose to have a child and to choose how many she will have, but when the child is already conceived, she is already a mother. She can no longer have rights over another person.” When Svetina said that a woman did not decide that she wants to be a mother if, for example, she had been raped, Cankar Soares replied that the case of rape was one of the most difficult cases, but it was also the rarest. According to her, this only happens to one to two women a year in Slovenia. “I would like to shift our focus to the 99% who choose abortion for no reason. It really is a great injustice, and it is not fair. We cannot have a right that allows us to take another human being’s life. Even a human being who was conceived because of rape will still be able to look like me or you.” When Svetina asked Cankar Soares whether the goal of the activism of the Group of Advocates for Life is to ban abortion in Slovenia, Cankar Soares replied that their goal is primarily to help women, so that their first thought is not abortion.

“I think that despite everything, despite this age of information we are living in, very few couples in Slovenia decide to adopt. I think adoption is such a wonderful thing. Last year, on Youtube, I watched a lot of testimonies of the women who had abortions and those who had put a child up for adoption. Not a single woman who put her child up for adoption regretted it. However, every woman who had an abortion regretted it in a way.” Svetina also pointed out that all these women are looking for a solution and need help, and asked how many women the Group of Advocates had helped so far, in order to avoid the abortion, to which Cankar Soares replied that they have been active and have been working in this field for ten years. She also added that many things are available. According to her, a woman can receive financial or material assistance, psychological support – even those who have already had an abortion. Even with the prayer campaign in front of the maternity hospital alone, she is convinced that they have helped prevent at least two or three abortions. In these cases, the women kept the children just because they saw someone thinking differently. At the end of the show, Cankar Soares once again invited the viewers to the march, which people should attend with their children, and also bring banners. 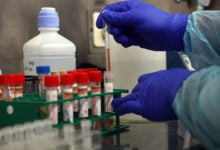 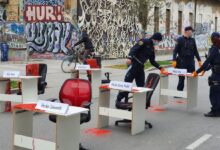